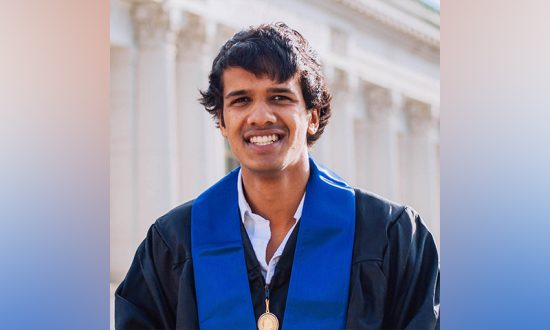 Anirudh is the Co-Founder of Climate-Tech startup Climes. which accelerates the flow of fresh capital towards climate solutions by making it convenient for brands and individuals to take meaningful climate action. Climes enable consumer brands to sell carbon-neutral products/services to their customers, offering brands the fastest way to kickstart a sustainability agenda and become climate-positive.

Climate change is the single biggest existential threat to humanity. And climate finance is the most powerful lever to reverse climate change.

To have a reasonable shot at the cleaner, safer, fairer, wealthier Future we desire, roughly $5 Trillion of finance has to move into climate solutions. Every year. 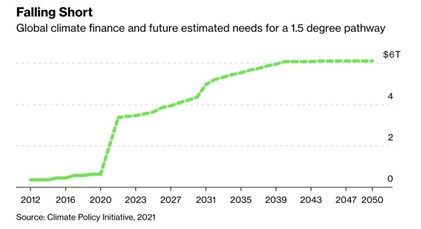 Climate Finance is Our Superpower

Fantastic companies solving for waste reduction, water efficiency, carbon management, energy optimization, exist all around us. They are roaring to go and scale up their operations in this climate fight. But they need firepower. Beyond the environmental and social impact that they create, multiple models have proven that the multiplier effect of every rupee/dollar/euro that flows into these operations also just makes pure economic sense.

Fortunately, we now know what we need to do. It’s a capital scarcity problem. The money we need to solve this problem has to start moving from where it is, to where it needs to be. Institutional, corporate, governmental, venture fund and consumer generated capital, bound for climate solutions must start moving faster, in far greater volumes and with far more accountability than before.

Tragedy of the Time Horizon

My favourite read from last year was a Climate-fiction book called ‘Ministry For the Future’ by Kim Stanley Robinson. It’s a riveting story about hope and despair, in the face of climate change. I was first introduced to the idea of the ‘Tragedy of the Time Horizon’ in this story. In Kim’s words,

“We can’t imagine the suffering of the people of the future, so nothing much gets done on their behalf. What we do now creates damage that hits decades later, so we don’t charge ourselves for it, and the standard approach has been that future generations will be richer and stronger than us, and they’ll find solutions to their problems. But by the time they get here, these problems will have become too big to solve. That’s the tragedy of the time horizon, that we don’t look more than a few years ahead, or even in many cases, as with high-speed trading, a few microseconds ahead. And the tragedy of the time horizon is a true tragedy, because many of the worst climate impacts will be irreversible”

Humans have been largely responsible for a vast majority of the unfolding climate crisis, and its correlated carbon emissions. Between the years 1850-2019, we collectively emitted 2390 Gigatonnes of CO2e (Carbon Dioxide equivalent). Our remaining ‘carbon budget’ is around 400 Gigatonnes of CO2e, before we blow past a planetary tipping point of no return.

Visualise what this really means: One billion people ➡️ will be directly affected or displaced ➡️ with each degree (℃) increase in average global temperatures. At the current rate, we’re on track for at least 4℃ ⬆️ by the end of the century. That’s at least 4 billion people waiting to take a direct hit. More than half of Earth’s population is in the firing line to face the wrath of rising sea levels, hurricanes, forest fires, locust attacks, heat waves, or any other form of regular climate disasters.

While humanity is responsible for the chaos, it is also human ingenuity that has now empowered us to measure what the socioeconomic scope of this future damage will be. How much should we “charge” ourselves for future damages, today?

The Social Cost of Carbon (SCC) puts hard numbers to this “charge”. It’s a fascinating concept that quantifies the marginal cost of the impacts caused by emitting one extra tonne of greenhouse gas (carbon dioxide equivalent). Each country has a number, based on the calculation of the net negative impact on its GDP (in $ terms) for each additional tonne of CO2e emitted, anywhere in the world.

India’s country-level social cost of carbon emission has been estimated to be the highest globally, at $86 per tonne of CO2e. This means the Indian economy will lose $86 by emitting each additional tonne of CO2e. India is followed by the US, where the economic damages would be $48 per tonne of CO2e emission. 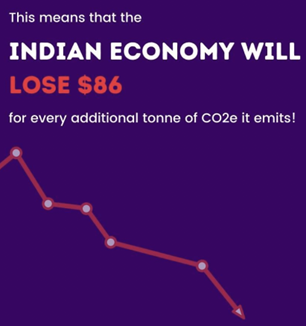 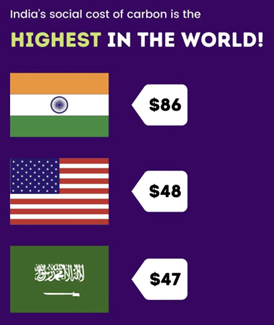 As of today, we’re way behind the curve on solving this crisis. One of our heroes, the legendary VC John Doerr summarises the status quo well, “what we’re doing to solve this [climate] crisis is not enough. We need greater urgency and ambition. We need far more speed and scale.”

The root cause to solve is each tonne of CO2e, down to the kilogram level. This can be done with a fleet of carbon management solutions; nature based, engineered, or hybrid.

There’s 3 broad categories of solutions (in escalating order of necessity):

These projects are the tools in our toolbox to heal the planet. And they exist all around us. But remain obscured from the mass public. We need to shine a light on them and channel into them bucketloads of the capital they need, in the most frictionless way possible.

Where’s this money going to come from? It’s already all around us! Our global GDP sits at $94 Trillion cumulatively. Hidden in plain sight, waiting for the right incentives to be designed. For it to start flowing towards restoring our climate.

The $5 Trillion or so that we need each year, exists with and can be unlocked from 5 broad pockets of society:

Now is the time for mass-scale climate action. If we don’t solve this problem over the next 6 years, we will not have a habitable planet to live on. So every stakeholder’s incentives must be catered to in a language they understand, for them to want to play their part in the climate fight. Those incentives have largely been compliance driven and are push-based till now.

We believe, making people, corporations, institutions, venture funds ‘want’ to participate, for their own sakes, is absolutely key to solving this massive problem. We need to make society wide participation in the climate finance ecosystem, easily accessible, economically viable, and fun to do. Done right, the money will start flowing. Like water.

Fiat money in all currencies: It’s the army of avengers we must amass to win this war against the climate emergency.

Technologies for Cardiovascular Disease: A 2023 Appraisal
Seeing Strategically
10 Recommendations On How To Negotiate Outsourcing IT Contracts
Shopping in the Age of ChatGPT: How the New AI Rage is Revolutionizing Retail Experiences and Consumer Goods Manufacturing
​​The Building Blocks of the Indian Manufacturing Sector: Building A Sustainable Value Chain
How Growth in Metaverse Prospect has Buoyed Investor Interest
CONTACT US