What it Takes to Get into an Ivy League University 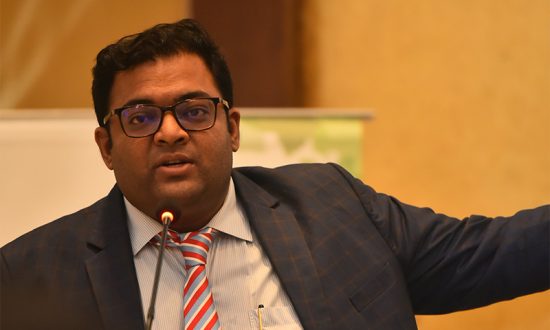 Poshak graduated from Princeton University in Economics and Finance. Back in India, he founded his first company, Athena Education, one of the most renowned in its segment in India. During his years at Princeton, he worked at Fortress Investment Group, as one of the only two summer analysts.

Countless generations have been enthralled by the idea of an Ivy League education. Harvard, Yale, Princeton, Brown, Dartmouth, Columbia, Cornell, and Penn are among America’s oldest universities, each a historical landmark. This eight-member Northeastern collective, originally founded as a literal football league, is renowned for its prestige, utmost academic standards, and unbelievably low acceptance rates.

Thanks to this selective nature, students are surrounded by exceptional peers from every country. While almost everyone accepted to an Ivy League university has near-perfect test scores and academic achievement, most Ivy League undergraduates are also accomplished in extracurricular activities, including active involvement in their communities.

Through their unparalleled endowments, “Ivies” attract not only the world’s brightest students, but also its top intellectuals. Students enjoy direct access to elite researchers, scholars, and practitioners, since the Ivy Leagues boast the means to offer small seminars taught by Nobel Laureates—accessible, even, to freshmen. With all these distinct advantages, no wonder the Ivy League experience is crowned as the epitome of global education. By default, gaining successful admission to an Ivy League isn’t easy.

So, let’s try to identify what Ivies seek in their attempt to create an impressive cohort of students each year:

Elites prioritise academic excellence above all other factors. They seek students who continually push their minds (and hearts!) to new horizons—those who revel in a challenge, both within their intended major and beyond. These are the types of scholars who thrive once removed from the structure of family and high school. College tends to be the first environment where youth (especially American ones) find themselves independent and thus responsible for their own academic-professional development. Most successful candidates claim GPAs of 3.75 and above on average.

Though several Ivies have temporarily elected to go test-optional amid the pandemic, standardised tests are alive and well in the process—particularly since the SAT recently announced the introduction of a digital version. (As of yet, no Ivy has decided to go test-blind.) Originally spearheaded by a Princeton psychology professor in the 1920s, the SAT established the precedent for college admissions all over the world. Where many schools both domestic and foreign have faced problems of grade inflation and variation in curricula, the SAT, ACT, and AP exams have gained international recognition for their attempt at objectively measuring fundamental skills—such as reading and mathematics—and domain knowledge of various other fields taught at the tertiary level. Median SAT/ACT scores typically range from 1460–1570 and 33–36, respectively.

Elite Western universities seek applicants who perform not only inside the classroom but also outside it, for a significant component of undergraduate life involves unstructured free time. Students who arrive at college with impressive life experiences, talents, and skills are the types who reflect passion, commitment, and depth—but most importantly, independent initiative. This is the element that distinguishes perfect-scoring, unengaged candidates from those with the “full package” (a common problem among Asian applicants coming from academically-oriented education cultures; in fact, leaked Harvard admissions discussions suggest that Asians are often rejected for lacking “leadership”). A student who only studies, without making any demonstrable impact outside of class, provides little evidence of interesting, differentiated value to an incoming class.

Intellectual curiosity lies at the core

The top American universities are, in essence, liberal arts institutions. They seek to train undergraduates in critical and lateral thinking, cross-disciplinary innovation, and shared theoretical principles. The goal? To inculcate an appreciation for how all disciplines—from the most technical of sciences to the most subjective of arts—serve the humanistic pursuit of knowledge. That is, the love of learning for learning’s sake. Through their course choices, activities and self-presentation, applicants must demonstrate that this is the type of environment where they belong (sometimes a real struggle for applicants from high schools with rigid, pseudo-vocational curriculums, like that of India’s CBSE). Ideal candidates will be self-motivated, pursuing opportunities such as online courses (in their primary domain or not) or building habits of reading widely and consuming podcasts.

Values matter: an inclination towards leadership and service

Ivies actively seek the global leaders of tomorrow. These are students who, more than just managing undergraduate-level course loads and research, contribute positively to their campus and local community as well. Such applicants assume significant responsibility, going far beyond what is merely required or expected of them by school and home. As such, the willful donation of one’s free time to others, through some form of mentorship or volunteering, implies character—even more so when the activity is clearly genuine in motive.

A significant implicit factor in elite admissions is maturity. While top undergraduates must be capable of adjusting to the intense tertiary-level work and social environment of the Ivies, they must also possess the ability to seize advantage of professional opportunities. The best candidates demonstrate a strong fit with elite education culture via significant summer programs, research, internships, and/or paid work experience of a notable nature.

The whole is greater than the sum of its parts

America’s most competitive universities practise holistic admissions, which means they consider not only academic performance and other standardised metrics, but also certain personal characteristics. The foundation of this system derives from their historical religious affiliations, class-based elitism, and exclusionary practices against minority groups (particularly against women, blacks, Jews, and immigrants), but its core philosophy centres on the humanistic idea that the best undergraduate cohort is diverse, intellectually talented, well-prepared, and socially engaged. In other words, the changemakers of tomorrow.

These principles reflect the Ivy League’s perception of its role on the global stage: the pursuit of knowledge and the advancement of humanity. Amid a rapidly-increasingly applicant pool, they struggle to identify candidates who leave an impression on the reader. To be one of the lucky few, you’ve got to know your story, and tell it well through the application. Otherwise, you’ll be labelled along with the other qualified, but uninteresting candidates: “Standard Strong.”

Helping Organizations Achieve Exponential Growth with the Right Set of Enterprise Solutions
International Education within the Indian Context: The Advantage of a Holistic Approach
Sparking Engaging Conversations with Industry Leaders to Create Value for the Supply Chain Community
How Mentorship Can Help Women with Office Politics
How are 3PL Service Providers Driving Efficiency for Modern Multi-Location Retail Outlets
How do VMware Certifications Foster Career Growth in the Cloud Space?
CONTACT US