Home /LEADERS' INSIGHTS/Where does India Stand on its Promises to the Paris Agreement?

Where does India Stand on its Promises to the Paris Agreement? 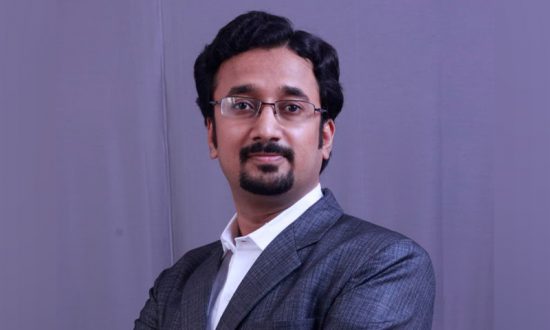 Founder and Managing Director & CEO of Enking International, Manish Dabkara, is a renowned international environmental management and services professional. He is a first-generation entrepreneur in the area of climate change and chosethe field to help humanity overcome the gravest threat to survival ever. Under his tutelage, Enking International has earned the distinction to be the first publicly traded company in climate change sector in India, besides being the largest company in the world in its segment.

Fires, floods, and earthquakes continue to ravage the world, and climate watchers cry hoarse, urging us to heed the nature around us. But the Indian Prime Minister Narendra Modi has proudly announced that India is on track to meeting its promise to stick to the Paris Agreement. He has said that the country will achieve its climate goals well before 2030. This means that India should completely switch over to renewable energy, energy efficiency, generating energy from waste, in the next decade.

PM Modi did reiterate his commitment to energy sustainability and environment protection – the two pillars of the Paris Agreement. But it’s easier said than done because, beyond the fight with laws, policies, and court orders lies the fundamental human behaviour. And a large part of the Paris Agreement hinges on bringing about behavioral changes among the citizens of the party countries, pushing them towards reducing carbon footprint and making environment-conscious lifestyle choices.

The Paris Agreement is a voluntary international treaty on climate change for those who need a nudge. It was adopted by 196 countries at the 21st Conference of Parties (COP 21) on December 12, 2015, and implemented on November 4, 2016. It was supposed to work in an escalating 5-year cycle, the party countries were required to submit their climate action plan – called Nationally Determined Contributions (NDCs) – by 2020. The treaty’s main aim is to keep global warming levels below 1.5 degrees Celsius (in sync with the 2009 Copenhagen goals) compared to pre-industrial levels.

The Paris treaty extends the Kyoto Protocol, which had set emission reduction targets for 37 industrialized countries and economies in transition, along with the European Union. It has developed a long-term temperature goal for the countries. The aim is to reach global peaking of greenhouse gas (gases that retain the sun’s heat and emit them at night, not allowing the earth to cool down) emissions as soon as possible to achieve a Net Zero world by 2050.

But how to reach this goal? One of the critical tools to achieving carbon neutrality among the countries is carbon trading. For this, the countries must follow Article 6 of the Paris Agreement, which talks about promoting ‘integrated, holistic and balanced approaches’ to assist governments in implementing their NDCs. In that case, they can achieve reduction targets and raise ambition to reduce more. Article 6, currently pending negotiation, could also help establish a policy for an emissions trading system that could help the world put a global price on carbon, thereby creating a new channel for climate finance and capacity building.

The above endeavour should be supplemented with Article 6.4, which pertains to “mitigation of greenhouse gas emissions with the aim to fostering overall sustainable development for each nation.

Now, India’s NDCs are to:

To achieve the above goals, there came about a ministerial-level change – with the ministry of environment and forest getting the additional ‘climate change’ tag to its name. All efforts are focused on increasing biodiversity, animal welfare, preventing pollution, and hiking renewable energy usage.

In November 2020, the Indian government also put together an Apex Committee for Implementation of the Paris Agreement, ensuring India is on track towards meeting climate change obligations. One of the key functions of this committee has been to form a national authority that formulates guidelines to regulate carbon markets in India in the form of Internationally Traded Mitigation Outcomes (ITMOs). ITMOs are emission reductions and removals generated from 2021 onwards and can be internationally transferred toward NDCs or other international mitigation purposes.

But even with all these policies in place, a lot depends now on the success of the COP 26 scheduled to be held in Glasgow, UK, and the resolutions taken in that convention. Countries that want to register or be a part of the ITMO market must now begin the process of validation – verification and wait for crediting period renewals. COP 26, supposed to be held in November 2020, was postponed to 1-12 November 2021 due to the pandemic. Here, the parties will, for the first time, commit to enhanced ambition as part of the stocktaking or what’s commonly referred to as ratchet mechanism.

Coming back to what PM Modi has said, India has asked for five years to achieve the target of mixing 20 percent ethanol. But we have saved 38 million tonnes of carbon emission by switching over to LED bulbs, and we have reduced the use of pesticides and improved soil health. India’s non-fossil sources of electricity have grown by 38 percent with the adoption of Bharat-VI emission norms in April 2020. India has assured that by 2030, we will increase our share of natural gas in the energy basked to 15 percent from the current 6 percent. India has also committed to reducing its GDP’s greenhouse gas emission intensity by 35 percent below 2005 levels by 2030.

So yes, we are well on our way to meeting our green commitments. But the bottom line is that even if all the nations can achieve the Paris pledge, we’d still be hovering on the brink of heat. And if emissions continue in the current trajectory, then the temperature rise would be a staggering 3.3 degrees Celsius by 2100, and we would be well on our way to roasting ourselves, literally. So, if nations are going to commit to higher ambitions, the time is now!

Helping Organizations Achieve Exponential Growth with the Right Set of Enterprise Solutions
International Education within the Indian Context: The Advantage of a Holistic Approach
Sparking Engaging Conversations with Industry Leaders to Create Value for the Supply Chain Community
How Mentorship Can Help Women with Office Politics
Identifying The Right Martech Solution For Your Digital Brand
Innovation in Technology to Combat Global Financial Frauds
CONTACT US