Home /EXPERTS' OPINION/Why Data over sound is the future

Why Data over sound is the future 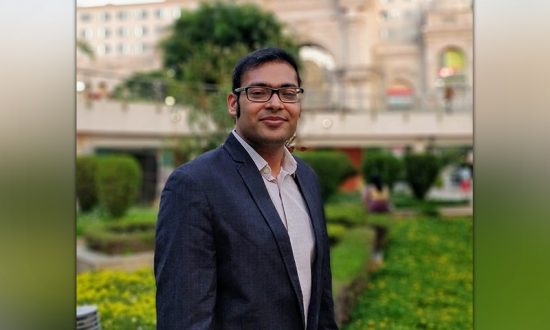 Bhaskar Deo leads the company strategy, investment and core technology development at Trillbit. Before starting Trillbit, he worked as a Senior Earth Modelling Scientist at Schlumberger (USA and Egypt) (2011 – 2016). During his stint with them, he has led teams on advanced Seismic imaging techniques such as Full Waveform Inversion and Seismic guided drilling in Egypt, Kuwait, and India.

So, what is data over sound?

Data over sound is a technology that uses sound waves to transfer digital data between devices. Digital data is encoded onto a sound file that any speaker can play. Any device with a microphone can receive this data and decode it. Essentially this technology converts any speaker into a data transmitter and any microphone into a data receiver using software only. The sound is generally between 18-21 kHz, supported by standard devices but is still inaudible to a human at normal power. Since the transmission is inaudible, it does not affect the normal operation of the devices or cause distraction to humans. Other big advantage of the technology is that it can be deployed on billions of existing devices just by a software update.

Here are four big trends that show why data over sound is the future.

Till now, we have seen voice control mainly in the usual suspect’s smart speakers and smart cameras. But now manufacturers are putting them in every device, TVs, printers, fridges, and even in coffee makers. There will be over 2 billion voice-controlled devices sold just in 2022.

That is a quarter of the world population and yet this revolution is only getting started. Every big tech company has made big bets in building the next voice ecosystem. Some of the world’s biggest companies are leading this Voice revolution, including Google, Amazon, and Apple.

Voice is already playing a big role in the economy, what is termed as voice commerce. Voice commerce is exploding with a CAGR of 95 % and is expected to reach a market of 80 billion USD by 2023. Though voice commerce is the future, voice authentication is not. Just last month 35 million dollars were stolen from a bank account using the deep fake. Data over sound can secure these transactions as it creates a real-time data link that is immune to deep fakes

Good quality microphones were once expensive and power-hungry. However, the recent development in Microelectromechanical systems (MEMS ) technology has made MEMS microphones high quality yet small, low power, and inexpensive. Some phones have up to 8 inbuilt microphones, and manufacturers are putting in an array of microphones to give extremely robust, high-quality voice performance on these devices. The device’s voice performance and interactions improve every day, encouraging manufacturers to add Voice to their devices.

As IoT and Voice-controlled IoT is exploding, so is the persistent problem of cyber security. The IoT device needs to communicate securely with the right entity/server, a process referred to as authentication. A second factor, or multifactor authentication, is often used to secure these authentications. However, there is no such option for smart devices, making transactions on such devices especially venerable to cyber attacks. Data over sound brings security tokens and passwordless authentication to IoT, making them even more secure than traditional authentication.

Multifactor authentication or MFA is an absolute necessity to keep our transactions secure. However, the traditional MFA through SMS/text messages and Authenticator are inconvenient and hence avoided by many users.  While MFA is always recommended and is better than no MFA all MFA are not equal. MFA codes via SMS/text can be stolen by hackers using sim cloning and malware that steal your text codes.  Authenticators apps such as those by Google and Microsoft are a safer option that works offline as well. However, they require additional steps, and hackers have stolen authentication codes using malware that takes screenshots of the codes displayed.

Proof of presence is a concept that proves that a trusted party was present to carry out transactions.  Today it is done with the help of a witness or a notary public. Though there have been a few attempts to provide cryptographic proof of presence, especially for Defi and smart contracts, it is still an open problem.  Data over sound is an excellent candidate for a robust and yet flexible proof of presence protocol. Physical boundaries confine sound, especially high-frequency sound used in data over sound. This means that a cryptographic key received by two parties or exchanged mutually guarantees that both were physically present at a location in close proximity. This proof of presence has wide implications in smart contracts and other crypto transactions.

​​IoT devices have been the target of hackers and cybercriminals with several major hacks in recent years. The device needs to know that data and device access are restricted only to authorized users and that malicious attackers cannot gain access through vulnerabilities. Historically, user access was controlled by default passwords set by the manufacturers which were common to all devices. These passwords often went unmodified by users and were highly insecure for obvious reasons. Because of this, regulatory bodies in the European Union, Japan, and the United States have prohibited or strongly discouraged the use of default passwords in IoT devices.  Data over sound is an excellent alternative solution as it supports the use of cryptographic methods such as one-time passwords or public-key encryption to secure the devices. These methods are robust and can be implemented in a user-friendly manner.

We Need to Stop Our Robotic Skepticism
How Women in Real Estate Can Overcome Challenges and Thrive
How AI is Set to Transform the Workplace
Why Leveraging Data in the Digital Age is Crucial to Business Success
Trends witnessed in AI and Business Intelligence and Outlook for 2021
Hybrid Cloud and AI: A New Era of Innovation
CONTACT US