Home /EXPERTS' OPINION/Will The Move by RBI to Stop Fintech from Giving Credit on PPI Kill the Innovation?

Will The Move by RBI to Stop Fintech from Giving Credit on PPI Kill the Innovation? 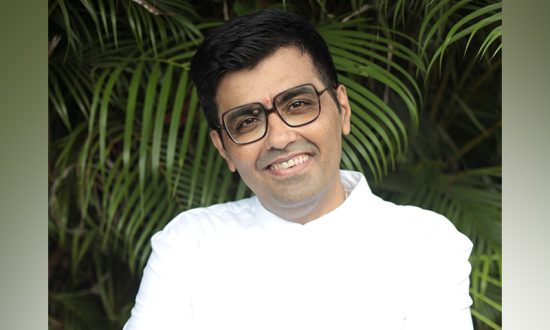 Mitesh Thakker is an innovator, long-established, and seasoned entrepreneur with two decades of experience in selling, marketing, and building IT products in startup environments. Moreover, he has six patents to his credit. With the vision to build marvels, Mr. Thakker introduced his brainchild in 2017, MissCallPay, India’s first voice-based payment company running on UPI 123Pay. The idea of this start-up came into existence post the demonetization phase when the founder was traveling to his native village in the Kutch district of Gujarat. During his journey there, the chaos with people standing in serpentine queues outside ATMs and banks was quite unsettling for him.

FinTech experts and related industry voices have raised a lot of negative concerns about RBI’s latest move to ban PPI credit lines. But I am here to assert that let’s look at what seems to be RBI’s purpose of taking such steps.

See, credit is a highly regulated business. India has 9500 plus NBFCs along with a conglomerate of private, public, and cooperative banks. We also have credit societies that have a licence to operate. Here you must know that the lending business, the credit card and PPI are three separate licences, and each has a specifically defined purpose.

And this process was going on till an innovation came via FinTech that disrupted the market. Fintech claim to have simplified the Credit Lines for the common man via BNPL- Buy Now, Pay Later and through the Credit on PPI. But what really happened is that these offers overrode and mixed the two of three separate licences of a regulated financial business and/or added some layer over it.

RBI’s step to stop credit on PPI is:

– to protect the borrowers

But the hue and cry that “RBI is killing Slice and Unicard” and “RBI hates innovation” – though are popular narratives, but in my opinion, all these notions and claims are completely wrong.

You must know here that Fintech’s Slice and similar ones like to position themselves as a ‘transactions product.’ If they don’t do this, then they will get valued like a lending company. And you must also know here that India has ZERO lending unicorns.

Now, this is where RBI rightfully has a problem. Let me explain this in simple words. What is BNPL? It is a convenient, instantly loaned transaction (under Rs. 10,000) where you can use this money to make further payments. For instance, via Lazy Pay or Simple, you buy food from Swiggy/Zomato and clear the bill later under a stipulated period of time.

But when FinTech provides a customer credit limit of Rs. Two Lakhs, then their product comes under a credit product, and not a transaction product. For this, we take the example of Slice – check their Google Play Store reviews. They stopped the 3-month no-cost EMI. Now that means that they are a credit product, irrespective of what they claim to be to their Venture Capitalists/ Investors.

What the RBI ruling says is that when you loan out money to someone via a credit product, like in the above cases, you ought to have their KYC done. A signing of a loan agreement and most importantly intimate to the consumer that he/she is taking a loan.

But Fintech’s like Lazy Pay, Slice, etc were selling a personal line of credit as a transaction product to their customers (and VCs) when in reality it is a loan product. The ethics are questionable here under the RBI rulings.

Let’s get into finer details and concerns from both sides to get you a bigger picture.

Why did the RBI Intervention Happen? / Why is RBI tightening the noose at PPI credit and BNPL models?

So far RBI has not shared why this move, but my personal experience and analysis say:

In short, the RBI wants to remove every kind of confusion. It simply wants the people to know that a Prepaid card/ Debit Card is a transaction product, while a line of credit or BNPL is a credit product. No mixing the two.

Why are FinTechs Concerned? They claim:

But then hasn’t the RBI been giving signals to FinTech since 2021? Yes, not many may be able to recall, but let me remind everyone that the RBI has been alerting FinTech for over a year now, scams of Chinese app loans, Dhani loans are very much in the news and a lot of experts have been voicing it. And thus, banning PPI Credit Line through BNPL is NOT a sudden move. I find RBI’s steps are progressive in nature so to channel innovation through the right channel and fintech should take the clue and make changes to their back end and quick

Now, what could be the Next Step? There could be two options or say both steps could be also taken.

In either case, it should be made clear to the customer in writing that BNPL is a credit product.

Against the common notion and claims, NO the RBI is NOT trying to kill the start-ups innovating in the PPI credit line space. The RBI is rather making it clear for the consumer and making his consumer rights safe as a credit taker. He/she is being protected from lending risks. There is a huge risk via spurious Chinese loan apps and unsolicited Dhani loans.

This is not new. Four years ago, Fintech used Aadhaar Data. But then realising the risk, RBI rolled it back, added tokenization and resumed the operations by FinTech.

The Way Ahead for FinTechs

Take credit card bins from banks and offer co-branded Credit Cards. The most common example is OneCard Fintech’s (they don’t operate on PPI) like BharatPe are now moving to CCs bin for PostPe.

But the test here for the new businesses is the RBI’s new circular on Credit Cards and information sharing where-in RBI standards the limit of the job of a co-branding partner. It limits the role to customer acquisition and marketing only, which affects FinTechs like OneCard. And this also positions Slice and Unicard as a lending start-up and not a transaction one. So, their positioning, their valuation, their future fun-raisers etc all are impacted due to the change in their commitments to their VCs.

While innovative start-ups may lose their USP and value among the VCs, the RBI’s stringent move is beneficial to the masses, who will now end up paying the loan and its interest, of their own will. Keeping the customer in the dark is an illegal way. Plus, other factors were also not practical, in many cases the technology that powers the credit wallets of banks, is managed if not under the control of Fintech and not RBI authorised banks.

One may argue that Fintech might source its data from SAHAMATI or the account aggregator. But I will call this a ludicrous move if Fintech takes this route – experts say it is like paying for what your wife cooked for you, via a restaurant! Because the data generated by this Fintech powering the co-branded credit card business would need paying an extra toll when that is created by them. more so that data purchased will be in an aggregated format.

I am sure the RBI may not lift the ban but would surely make some necessary changes that are in the interest of the credit-starved nation and steps that will mutually benefit first-time borrowers, the masses as well as the FinTech that have found the gap in the market and are filling it with innovations, and once they do comply to proper safeguards as required in the lending business.  Finally, and always Consumer is the king, we cannot ignore their safety, and must tread ahead ensuring safeguards to their interest and money, thereby protecting the consumers at large while crafting products that fill an important gap.