Home /LEADERS' INSIGHTS/Will Wealth Management Space Be the Next Frontier for the Indian Finance Industry?

Will Wealth Management Space Be the Next Frontier for the Indian Finance Industry? 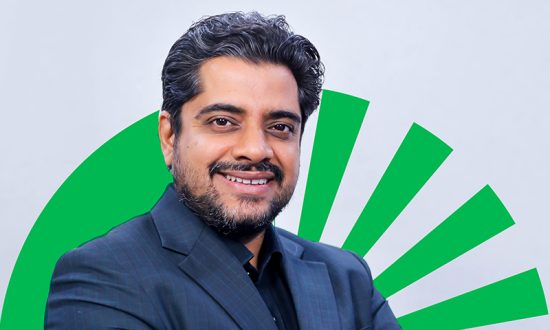 Mukesh Kalra has over 13 years of experience in building businesses & products from scratch in the consumer internet and mobile advertising space. Prior to ETMONEY, he was the first core employee at InMobi & built it from concept into the world’s largest independent mobile ad network. He then launched his own fintech firm, Moneysights, which was acquired by Times Internet. Since then, Mukesh has been building ETMONEY with a vision to simplify the financial journey for new age Indians.

As late as the late 1980s and early 1990s, there were almost no professional investment advisors in India and wealth management services were limited to a handful of high networth individuals (HNIs). Investment advice came mostly from LIC agents who were the de facto investment advisors for the masses. As a result, most of the time, only LIC policies were sold as investment and massive mis-selling was happening around the country.

In the last two decades, while this scenario changed a lot with the advent of professional wealth managers, this activity remained restricted to HNIs and ultra-high networth individuals (UHNIs). Investment as habit for the masses had not taken off barring some involvement in equities.

More recently, in the last 10 years or so, this changed drastically. Wealth management has gone beyond HNIs and UHNIs onto retail investors who are actively indulging in investment across asset classes. This is because of a general increase in the earning of the middle class resulting in a significant increase in disposable income.

With the advent of internet and technology, there is today, increased awareness about the importance of investment in the right asset classes. Investors are more aware and informed about asset classes, their risks and returns and their benefits. Today, new technology is changing the way in which wealth is managed in the country.

A big development that has pushed wealth management across classes is the growth in the number of start-up and subsequently the number of unicorns in the country. India has the third-largest start-up ecosystem in the world with about 60,000 start-ups. As of January this year, India had 81 unicorns with a total valuation of $274 billion. Of these, 43 unicorns with a total valuation of $89 billion emerged just last year. The unicorns, with a younger leadership, has brought down the average age of the HNI or investor to about 30 years.

At present, there is a lot of wealth in India that is open to be managed professionally. According to Capgemini’s World Wealth Report, India is amongst the top 10 countries in terms of total holding of private wealth. India’s wealth is estimated to reach approximately Rs. 400 trillion over the next five years, growing at a CAGR of 27 per cent.

The investment habits of people have also changed as investors have started moving their money from fixed deposits to ULIPs and Mutual Funds apart from the stock markets. As a result, wealth management companies have had to change their approach. Wealth management companies have had to relook at their product offerings and change their approach and focus from wealth accumulation to goal-based solutions which look at the actual cash flow requirement of the investor.

The next wave that has already set in is that of Fintech companies which will take the help of digitization and help investors take charge of their own money and make everyone a DIY investor. An increasing number of people are today saying that they will manage their money on their own through YouTube, blogs and internet advisors.

Fintech start-ups have entered the market and are disrupting the financial services industry with innovative, cost-effective services and enhanced customer experience. While technology has made investing convenient, it has also created a unique challenge.

This ease of investing has resulted in investors behaving like shoppers and purchasing every financial instrument they come across. Most of the times, the instruments bought are not right for the investor and so they are ending up with a lot of financial products without really having an idea on what to do and how to manage them.

So the next wave of innovation will have to focus on providing personalized investing advice that helps people invest in a way that they reach their goals on time and do so without having to constantly seek answers to questions like when to invest, where to invest, and how much to invest.