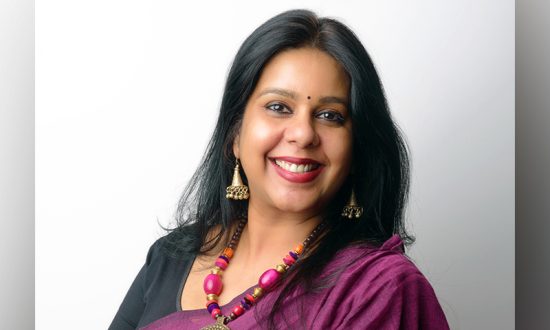 Meeta Nagpal is a published author and poet, a Kathak dancer (learning under Guru Prerana Shrimali), a Delhi University Topper and a mentor to many young artists. Her 17-year young venture – Musical Dreams has a garage to global story. She identifies talented artistes and mentors and prepares them for a live audience. Today, many of her mentees have won national recognition (Rashmeet Kaur – Mirchi Music awards Bangla) and have been considered for international awards. (Shruti Dhasmana – considered for Grammy nomination, recipient of Elite Night Life award) to name a few. Meeta Nagpal has had the opportunity to work with artists like Sonu Nigam and currently represents Shibani Kashyap in North India. She has curated and managed shows not only in India but also globally.

A rare possibility can be expected that this world became less difficult for the women, or the women became way braver for the world they are living to save themselves. Either way, a woman has to prove her caliber in every sphere of life. Just being a businesswoman, is not for the society to accept. Instead, she is expected to excel in her domestic duties, roles, and responsibilities simultaneously as well. It is hard to get, but the truth is undeniable though.

Women have proved themselves and their potential at multiple levels, sectors, and aspects. They get judged and are expected to adjust. But the superwomen have been kicking the stereotypes away and shining brightest. In a world where men are expected to be the boss, women are brushing off the dust on the eyes of the male believers. The ladies are taking the entrepreneurial charge and growing like anything. They have time and again proved worthy and  confident to step into the business world. November 19 is celebrated as Women’s Entrepreneurship Day.

While all the challenges that a woman faces, the statement by the Co-Founder & CEO of Stage-3, a platform famous for fashion retail & styling, Sabena Puri, assures that women are creating the space for themselves in this male-dominated world. The statement says, “There has been a significant shift in how young women view entrepreneurship than in previous generations. They are confident, ambitious and passionate about their careers.” The business world has experienced rapid growth and hike in the past few years. The number of women emerging and entering the entrepreneurial world is rigorously increasing. Despite all the odds, our women made it possible to rock and roll on the entrepreneurial floor. Newer unicorns appearing are making it clear that women can be the inspiration for new entrepreneurs entering the world of business and growth. Nykaa is a brand ruling the hearts and proving that a woman determined can turn a business into a brand that is over the lips of every individual.

The Customer Marketing Leader for Leadership & Business Solutions of Skillsoft, Miss Rashmi Mogha, has to say, “Not only are more women embarking on the entrepreneurship journey, but they are also building innovative solutions successfully. Nykaa’s successful IPO earlier this year is proof of this.” Rashmi also adds, “As a woman business leader, I must put in double the effort than my male counterparts to prove myself. As I interact with other women founders, I realise that their story is similar.” This statement depicts how hard it is for a woman to justify and succeed to the expectations of the people around her and society, being an entrepreneur or simply choosing to grow as an individual. It has merely become a question unanswered yet that if a woman chooses her career, she needs to be there and exceed all the expectations that people have?

The success story of women speaks more about what they deserve. They deserve a platform and space to grow and do what they wish to for their career and growth. A recent report of the World Economic Forum mentioned and proclaimed that “eight out of every ten media reports worldwide are about men: only two of them have women in focus.” And this, again, is controversial and debatable stuff. Also, the Global Gender Gap Report 2021 of the World Economic Forum stated that “on the one hand, the proportion of women among skilled professionals is continuously increasing, along with the progress towards wage equality, albeit at a slower pace, on the other hand, overall income disparities are still only part-way towards being bridged and there is a persistent lack of women in leadership positions, with women representing just 27% of all manager positions.” According to the same report, South Asia is the lowest, and India has slipped 28 places out of the 156 countries.

Due to several different reasons like the healthcare, male to female literacy ratio, not appropriate and adequate representation of women in various sectors, etc., have led to a 62.5% gender gap in India. The opening is truly disturbing to acknowledge.

Cosmic Nutracos was founded by Dolly Kumar, the director of Cosmic Nutracos. She is another gem on the list of women entrepreneurs in India. She states, “People had doubts about my entrepreneurial skills. A decade and a half later, I have dispelled all doubts by establishing successful brands in the FMCG industry. I am at the helm of all strategic decisions at Cosmic Nutracos.”

Now what exactly is triggering is the question of what stops women from choosing their career, being an inspiration for others and achieving the zenith of success? It is hard to figure out as there are many reasons behind it. However, Kanu Kumar, the co-founder of the House Of Candy, states, “A woman is expected to play many roles and excel at them. The unreal expectations of playing similar roles to be a perfect wife, mom and still excel at work to be recognised as opposed to a man who can single-handedly concentrate on just work and won’t be held accountable for ‘home stuff’ is a bit unfair. Unfortunately, in India, the ‘woman of the house’ is expected to keep it together. In my opinion, the pressure to prove herself and be judged in one more role certainly squashes this untapped entrepreneurial spirit.” This, however, clarifies what a woman in India goes through when she decides to choose her career and herself, apart from the other responsibilities that she shares with others in the family or society. The stereotypes are breaking the confidence of many women who fail to fight! Somehow, a relaxation of the stereotypical gender roles may result in the acceleration of the growth of women by various means.

Also, just the support and encouragement aren’t the main ingredient for the business recipe, and it requires proper knowledge and skillset to help a business grow and turn into a brand. Rashmi Mogha also says, “Leading a company requires knowledge and understanding of strategy and operations. It requires taking that idea and building a product or a service and putting together a market plan. It is hard to understand the entire process without upskilling completely. Adopting a continuous learning mindset to learn new skills and leveraging coaches to gain confidence and build a strong network can help women bring their ideas to life.” She added, “Anyone who builds a business needs a strong support framework, and women are no different. They need the same support that men get from their families to manage their businesses successfully.”

Mogha clarifies something when she says, “In reality, the positive shift has been marginal, albeit significant. I, for one, have chosen to celebrate the change, however slight it may be. I aim to keep the dialogue going towards making this issue so irrelevant that we can speak of it as something from the past day.”

It is now clear that society has initiated to accept women as leaders, making their own success stories and being the inspiration for emerging ones. It is hard to say that the world is not ready to be taken over by the women.

The Benefits of Artificial Intelligence for your Business
What’s Your Value in 2023?
Transforming the Executive Search Industry & Making an Impact
Bring the Zing – 5 Keys to Powerful Presentations, Briefings, and Meetings
Edge Computing is Taking Center Stage in 2022
Personal Finance Instrument to watch out for in 2022
CONTACT US