Acknowledging The Need Of Preserving The Languages On Their Last Legs 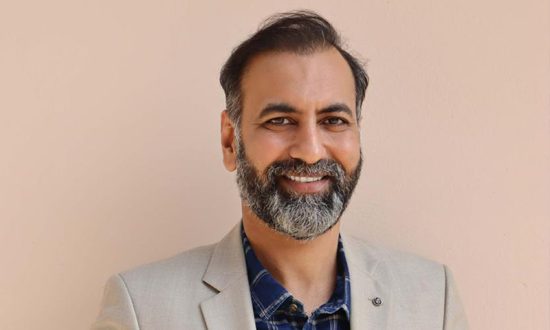 Lokesh Mansukhani is a practiced and goal-oriented communication specialist armed with more than 16 years of experience, highly regarded for orchestrating integrated communications. He is an inventive thinker, talented in developing prudent communication plans that meet organization goals, partnering with thought leadership. He is known for vigilant brand management, advantageous marketing communication, and lasting media relations. He is an expert in blending keen intellect with creative thinking to offer a range of communication solutions. He has wide academic exposure ranging from engineering to multimedia to management and serves as an enhancer.

Did we ever think of languages to be perishable? Certainly not! But we should consider this harsh fact forthwith and become aware of it before the regional language count in India goes down to zilch.

Each one of us was born with a blind impulse to learn a language or two from the social circuit we belong to and thrived in. This process is deemed to be instinctive until and unless one is deaf-mute and it usually helps an individual to possess one language called mother tongue.

“The languages having socio-political relevance tend to exist and grow. On the other hand, in the communities that are small and remain negligent, their languages also don’t travel very far, because once the grown-up member steps out of the communal space, the landscape totally transforms. For instance, when a person enters school, he starts to learn the recognized national or international language like English, leaving behind the native language which he used to speak in his vicinity or within a small group.” informs Dr. Shailendra Mohan, a proficient linguist with an illustrious work folio in this sector.

In rational conditions, if one withholds from learning the official language, one will harm one’s growth in multiple spheres. The lack of a language’s economic viability further adds to the misery. Languages that can’t offer access to the bigger world are directed to the path of decline. Especially in the circumstances where there are very few languages like Marathi that being a regional language could attain official status, unlike Nihali, one of the 216 endangered languages. Nihali’s landscape was not too wide and therefore it was pushed behind when its speakers spanned out and adapted the recognized languages to sustain and survive in real. Thus, they didn’t even have an opportunity to pass the baton to the upcoming generations, reducing the population load that can speak Nihali and knocking it out in short of its l1 speakers.

“Unification of languages is leading to a loss of diversification in light of reduced cultural load. The onus of keeping the language alive only lies with the community it originated from. If in quest of learning other languages, the members of the community miss out on their mother tongue then linguists can only document these languages as resources for future reference but can’t protect them from extinction.” adds Dr. Mohan. Documentation of languages principally includes a dictionary, grammar, stories, word lists, and more which can be either digitized in the form of audio-video but can also be written. Once it gets published it earns the desired validation.

What supports the accuracy of documentation? Interestingly human sounds. Humans can produce infinite sounds and a lot of them are found to be common across an array of languages with their subsets being specific to individual languages which further guides the decorum of the documentation. Audio-video recordings followed by transcription understood as translation in simple terms can assist a larger audience to identify and comprehend the archived language.

It’s quite evident that today even when we speak Hindi we do include English words in between and this is defined as a natural intrusion. But the same in the case of regional languages become fatal due to reduced functional load, like the influence of the Marathi language on the existence of Nihali. But because language is discovered as a tool to operate in daily life, one can’t be forced to not learn languages other than their mother tongue. Bilingualism is acceptable for survival but replacement of one language with another is what is hazardous. Terms like ‘Lota’ which we have replaced with ‘Jar’, will now only be available in records.

Languages that are spoken by a population of less than 10,000 are not counted in a census, they are not even named and thus fall under the category of endangered ones. Fortunately, what is not recognized by the government is available in the academic world as a reckoner, but that’s not sufficient to safeguard the language from dying. The Indian government when published a census in 1961, there were around 1654 mother tongues. Later it was realized that multiple language families and their linked diversity might lead to communal disharmony. Also, languages evoke emotions and set identity markers which at a later stage result in a conflict. Therefore, the government tries to reduce the number of official languages to preserve peace. Accordingly, the number of languages in the census of 2001 was reduced to just about 250.

Diversity has become a global issue but a democratic system allows one to grow beyond limitation and the system ensures that language should not be an obstacle. Therefore, some languages like English are advancing organically from strength to strength. It is not just a language of mass communication but also a language of knowledge, as once Sanskrit was in ancient times whose natural-born speakers doesn’t even exist at this time. On the other hand, some languages like Chinese grew and become official due to their high population density. If the subject is explored globally, languages have been homogenized to a great extent, like French in France, English in England, and German in Germany leaving behind the regional languages spoken by smaller unidentified groups.

“India still seems to be far from such decay. We still have some 24 state languages and they have not been homogenized like other parts of the world, minimalizing everything to just Hindi or English. In addition, the diversity of languages that is still not adulterated much lies near equator i.e. in Africa and Australia.” States Dr. Mohan

On the path of global progress, less spoken languages will lose their being and globally recognized languages will continue to inflate, making sure that language should not be a barrier to human growth. The political belief continues to reduce the functional load of regional languages and allow only a few languages to grow, avoiding differences of any sort by explicitly ignoring the loss of natural diversity. Hence, the responsibility to preserve the world from mechanizing lies with the organizations like Maharana of Mewar Charitable Foundation of Udaipur, Rajasthan (MMCF), and others who are endowed with the aptitude to advocate the cause by introducing it to the masses. “MMCF is amongst the forerunners when it comes to identifying the cause and extending support to not only fuel its sustainability but also to build awareness, inviting larger support for the greater good. Awarding Dr. Mohan with a special award for his contribution to the preservation of languages, aside from motivating more such individuals to contribute also opened the doors for the common man to get acquainted with the growing challenge, which can prove to be the first-hand savior.” Informs Dr. Mayank Gupta, Deputy Secretory, MMCF

Linguists are performing their duties and authorities are doing their job, pressing priority is for more individuals and organizations to come forward to further the public outreach, preventing languages from becoming unknown.

We Need to Stop Our Robotic Skepticism
How Women in Real Estate Can Overcome Challenges and Thrive
How AI is Set to Transform the Workplace
Why Leveraging Data in the Digital Age is Crucial to Business Success
Driving Digital Transformation in the field of Service Robots
How Are Chatbots Simplifying Businesses And Helping Entrepreneurs Achieve Their Business Goals?
CONTACT US