Almost All Indians Do Not Have Wealth For Retirement 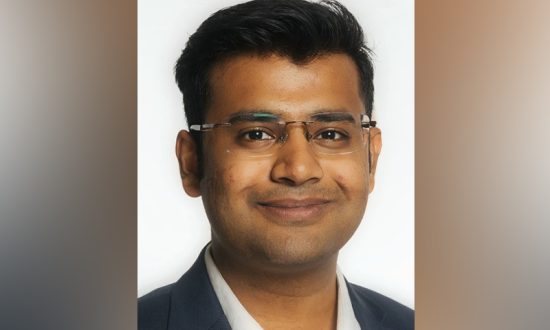 Abhinav Nayar is the Co-Founder and CEO of Mool, an all-in-one fintech platform for banking, investment, and insurance needs of its users. It aims to empower the non-affluent working class of India beyond the urban-rural divide to make the most of economic opportunities available in the market.  In his present capacity, he oversees the overall strategy, operations and expansion of the brand.

India’s elderly cohort is expected to grow by 40% over the next 15 years but three out of four of them have no financial plan for their retirement or do not plan to retire. To put this in perspective, the group aged 65 and above is expected to grow by more than 37 million to 130 million by 2031. More than 50% of this group plans to depend on their children, an option that is increasingly fraught with challenges. For every 100 Indian workers, there are 10 elderly dependents, and this trend will only continue to place a greater burden on younger Indians in the future. This old-age dependency ratio, combined with the replacement of joint families with nuclear families, migration, and the ballooning debt discussed earlier, highlights the risks of an overreliance on children as longevity insurance. Furthermore, the fact that 25% of the elderly cohort will rely on bank deposits, and less than 20% expects funds from either a provident fund or government pension, illustrates the extent to which inflation will erode retirement wealth.

Besides insurance, pension wealth is an important risk-mitigating asset to ensure that consumption needs can be met during years with no employment income. However, less than 8% of the working-age population in India is covered by a pension program. In 2020, eleven years after the National Pension Scheme (NPS) was made available to all Indian workers, uptake remained markedly low: only 6.8 million employees in the public sector and 990,000 private corporate employees are subscribed to the scheme. Aside from 4.3 million unorganized sector workers covered under a related government pension scheme, most of the rest of the workforce, numbering more than 435 million Indian workers, possesses no pension wealth. Even in the NPS, about half of the subscribers drop out of the program by Year 2.

Making matters worse, Indians tend to take out big liabilities like mortgages later in life, rather than following the standard route in other countries of paying back home loans over the course of a career. For example, mortgage debt comprises 30% of older households’ liabilities, but less than 20% of liabilities for households headed by individuals younger than 45. Another major shift in financial assets many Indians undertake is moving away from life insurance — which makes sense given their increasing adverse selection — toward fixed deposits, most likely as a result of favorable senior citizen rates.

In sum, Indians are overleveraging themselves in order to smooth their consumption or fund their discretionary expenses. This credit carries exorbitant interest rates that erode savings and creates debt traps. When crises arise, Indians resort to borrowing even more to cope. By the time they come to the end of their working lives, they expect to rely on their children — who may be dealing with debt in their own lives — and on financial assets, such as fixed deposits, that are beaten by inflation. This is the economic paradigm that keeps most Indians poor and fintech leaders need to change.

Technologies for Cardiovascular Disease: A 2023 Appraisal
Seeing Strategically
10 Recommendations On How To Negotiate Outsourcing IT Contracts
Shopping in the Age of ChatGPT: How the New AI Rage is Revolutionizing Retail Experiences and Consumer Goods Manufacturing
Emerging Trends in the FMCG sector
The Keys to Increasing a Business Growth: Strategies for Next-gen Entrepreneurs
CONTACT US