Home /CXOs IN FOCUS/An Influential Coach, Helping Women and Men to Navigate Their Way Through Menopause

An Influential Coach, Helping Women and Men to Navigate Their Way Through Menopause 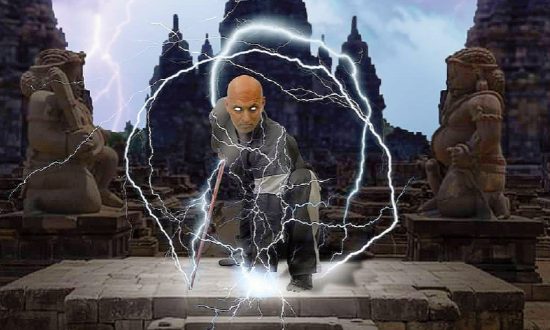 From being bullied at school to losing his best friend to facing heartbreak at a later stage in life to becoming a best-selling author and a motivational speaker, Satwinder Sagoo’s inspiring journey is about never giving up.

At various stages in his life, Satwinder was at war with adversities. However, having been born with a warrior spirit, he always found the strength and power to defeat them and emerge stronger. “If I didn’t have these adversities, I would never have been in a position to have written a best-selling book, speak at events, appear at podcasts, radios, or TV,” says Satwinder.

Today, Satwinder is an Amazon best-selling author, multi-award-winning positive influencer, and a transformational coach on a mission to help men and women grasp the happenings of menopause and reclaim their positive power.

Taking Lessons from Childhood to Adulthood

Born with inverted toes, Satwinder was bullied throughout school as he could not run or hop fast. He was physically beaten outside school, followed to the toilets, mocked, and ridiculed. To build confidence and strengthen his body and mind, Satwinder started learning Karate at the age of 11. “I nearly quit because my toe problems started to cause challenges in my progress, but with persistence, I carried on, and 30 years later, I hold a black belt in Karate and a black belt in Jujitsu,” proudly shares Satwinder.

After finishing school, Satwinder aspired, like many other students, to study at one of the top universities in the UK but failed to secure a successful position. Refusing to give up, he later got accepted at Staffordshire University and graduated in International Business Management.

When asked about the lessons learnt from his academic days, Satwinder reveals, “Educational life has taught me that if you have a goal, you can achieve it if you believe it and put in the work. It has also told me that when you have challenges in life, never give up. Get up and keep fighting.” 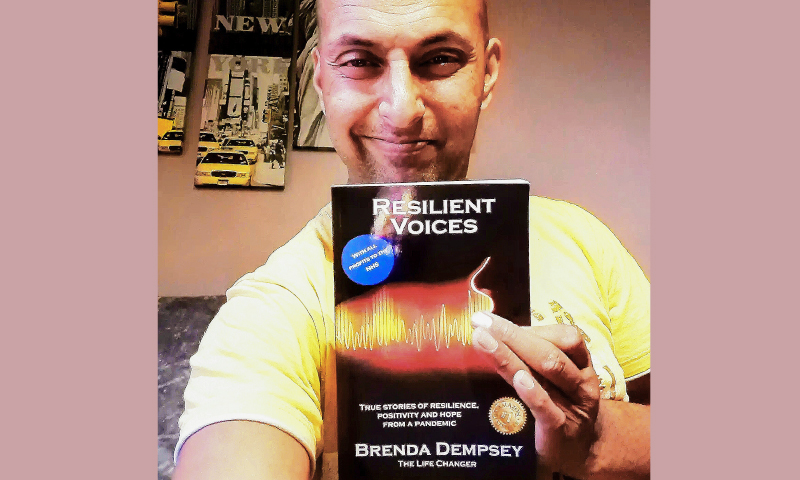 How ‘The Menopause Man’ was Born?

Satwinder and his partner were in a loving and happy relationship for nearly three years. However, towards the end of their relationship, he noticed that she was no longer affectionate or even warm towards him. Recalling those stressful times, Satwinder shares, “She made me aware she was having what looked like menopause symptoms, so we took a step back from the relationship to focus on supporting each other, and that is where I took the initiative to learn in-depth about menopause and how this affects a woman.”

Shortly after, she found relief and began lowering her defences. Being a supportive partner, Satwinder felt that they were finally moving towards normalcy. But things took a turn for the worse. Satwinder was suddenly blocked out from her life and on social media. He felt a myriad of emotions: anger, hurt, denial, and helplessness. At one point, he also felt like giving up his life. However, his dreams and children jolted him back to reality.

“This experience made me see what other couples go through if menopause lands and neither of them are aware of it,” reveals Satwinder. “Such is my depth of knowledge that during my menopause coaching, I’m able to speak to a woman about what is going on in her body during menopause, as well as their partners.” And this is how ‘the Menopause Man’ was born.

Treating Challenges as Opportunities for Growth

Satwinder has a very positive and inspiring outlook when facing adversities or setbacks. Instead of looking at them as challenges, Satwinder regards them as opportunities for growth. One of these opportunities is by representing himself authentically and raising awareness about menopause to the world through social media.

“In my field, what would be deemed as a challenge is some of the resistance that women may place upon a man stepping into their world and talking openly about what they go through, yet what’s actually happened is many women have warmed to the fact that a man is advocating and being so understanding of this,” states Satwinder.

A Customized Session for Each Client

As a menopause coach, Satwinder conducts two separate sessions; one with the client and the other with their partner. Through these initial sessions, he gets to understand the symptoms they are going through and, accordingly, talks to them about what is going on inside their bodies. “This tends to lower their anxieties, and from that point, I give them positivity sessions to help them find their lost motivation, take back their power, and regain control of themselves during menopause,” reveals Satwinder.

As the sessions progress, through his ‘Power Up’ Mindset and Resilience Coaching Programme, Satwinder then creates sections relevant to the client’s needs and exercises within each section to help them achieve their personal goals. However, what truly makes this programme motivating and effective is that all the exercises are done together with the programme guru himself. “During menopause, a woman isn’t always in the headset to do things as ‘homework’ as there is just too much going on in her life, along with menopause landing, that can overwhelm her, so by doing it together with her, I’m giving her my positive energy that she needs at the time,” explains Satwinder.

Milestones that Matter the Most

For Satwinder, becoming a multiple black belt holder is a big milepost as it showed him the importance of discipline and dedication in life. He also desired to hold more than one black belt, which was blessedly fulfilled. The next milestone for Satwinder was launching his book, ‘Unleash your Inner Power’. He says, “This was a dream for me, and my life’s adversities allowed me to write this to help many others going through their own personal challenges.”

Likewise, qualifying to become a life coach was also one of Satwinder’s treasured accomplishments, as it opened the door for him to the world of coaching and helping others. Getting featured in a global article alongside Nic Vujicic, a motivational speaker, was special. In 2021, Satwinder graced the cover of a popular business magazine in his Mortal Kombat-inspired image. “This was my true authenticity which a few high-profile leaders ridiculed, so to achieve that convinced me that I was making the right decisions for my business,” conveys Satwinder.

A Day in the Life of a Professional Speaker

Over the years, Satwinder has invested in and mastered the art of journaling. The first thing he does after getting up is by writing morning pages in his journal and creating new written affirmations. He also actively posts his thoughts, book reviews, client testimonials, and insights through various social media handles. Satwinder then works from 10am to 4pm. He also takes short breaks between work for lunch, listening to music, or networking with people.

After finishing his work, Satwinder does weight training and martial arts workout. He then writes in his gratitude journal by reflecting on the day and enjoys downtime by playing on his Xbox.

Making a Difference in the Community

“I want to reduce divorce rates, depression and suicide rates by creating awareness of Menopause across the world for both men and women and coaching as many as possible to find their strength, their positive power and regain control during this transition,” passionately shares Satwinder. Being a male speaker openly addressing a female issue, Satwinder wishes to inspire men and women to ditch the man and woman tag to embrace one gender – HUMANITY, and recognise that individuals can all work together to inspire positive change.

In addition, coming from an Asian heritage, Satwinder wants to inspire different cultures to unite in addressing menopause matters for both men and women and that empathy and understanding must prevail over cultural ego, labelling and demanding respect. 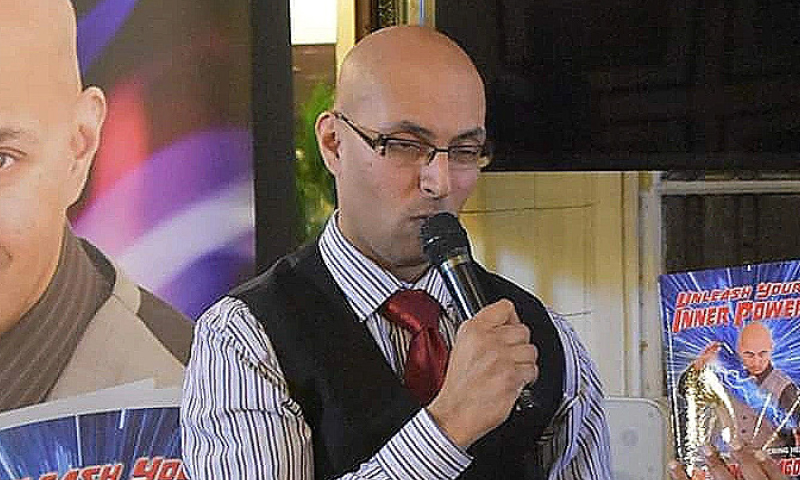 Satwinder recommends aspiring business executives to always work hard on personal development because it is through working and connecting deeply with yourself that you find your true niche and authentic self. He further says, “Be unapologetically you and never fear how others may perceive it. You live life for YOU, and by being YOU, the right people will magnetise towards you in abundance.”

Furthermore, Satwinder mentions that one should never give up irrespective of circumstances. At the end of the day, it’s not what happens to you; it’s how you respond that truly matters. He also advises having respect for everyone. No matter the gender, culture, or ethnic origin, respect is the only religion that helps people thrive in a volatile, challenging society.

Satwinder is currently deeply immersed in writing his 2nd book, which he hopes to launch on his birthday next year. He has also been invited to co-author books with other great authors.

“I will be doing more podcasts and show appearances advocating menopause from a man’s perspective,” reveals Satwinder. He is also planning to expand his network and connect with other speaker groups and agencies, which will give him a global platform to create awareness about menopause. Likewise, Satwinder is also planning some fundraising events to raise money for a good cause.