Bridging India’s technology gap with the adoption of Artificial Intelligence 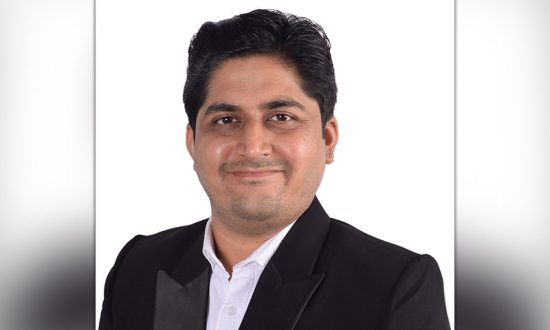 Vishal Hundia, CEO at EVM India, has immense knowledge, vision and experience in the industry. He is a prudent manager and an inspiring leader having a foresight into the company’s success and development.

Humans are more eager of living in a world of perfection, which has become achievable owing to technological breakthroughs. Thanks to recent technological breakthroughs, we have finally reached the stage of total automation. AI (Artificial Intelligence) is one such technology that has proven to be a godsend for organisations of all sizes looking to develop in this harsh competitive environment. Artificial intelligence looks to be on the cusp of a breakthrough, having transformed a crisis into an opportunity for a wide range of enterprises and profoundly altering the commercial world’s dynamics.

Many polls done by experts from numerous disciplines have discovered that AI is adding feathers to the hats of various developing firms, and as a consequence, organisations have grown more receptive to implementing AI technology into their working paradigm. However, there are many unsolved problems when it comes to defining AI. A simple definition of Artificial Intelligence is “an intelligent organism produced by humans with the ability to grasp the term technology.” Many veterans have presented AI as a terminator-like entity capable of acting and thinking for itself and carrying out operations without being instructed.

When it comes to building a good company plan, artificial intelligence (AI) plays a critical role. Various industries have used AI into their business strategies in order to get better results. When it comes to the industrial business, artificial intelligence (AI) talents have recently taken centre stage. While AI has been employed in critical sectors of business, manufacturing companies have concentrated their efforts on core production processes such as product development, engineering, and assembly, as well as quality testing. In the industrial business, artificial intelligence has shown to be a game changer. It has the ability to transform the ROI of all industrial activities, independent of genre. However, as previously indicated, the actual revolution will take place if all stakeholders recognise the significance of technology in shaping the new business age. Digital innovation has paved the road for businesses to connect consumers with profitable solutions and efficient goods.

The Indian industrial sector has been cautious to embrace digitization due to a variety of worries concerning technological hurdles. However, with the international adoption of digitization, India has caught the shifting and dynamic winds in order to stay afloat.

Technological innovations such as the Internet of Things, connectivity, open software, and electronics have been implemented early in industrial automation. The availability, stability, and performance of these digitalization technologies have been a primary and immediate reason for their adoption for automation and control of industrial manufacturing in the manufacturing sector, which thrives on precision and mission-critical applications and is heavily constrained by forward and backward synchronised processes. As people perceive reliability in its applications across many product categories, the manufacturing industry has seen a growth in demand for customised technical developments to assist them enhance their operations, which increases time efficiency in industrial controls and automation.

This is only the beginning; industry leaders, despite being pioneers in their fields, are eager to embrace digitization. This shift in mentality has come as a result of digitalization becoming a lifeline in the face of the present epidemic. Because of digitization, manufacturing companies have been able to maintain and keep their position on supply chain and production objectives through time-bound deliveries across global territories, notably in Asia. Only recently, as the benefits of digitalization in automation have become evident to corporate executives and industry forerunners, has it begun to be broadly utilised. Given the present turmoil caused by Covid, the industry’s views on the benefits of digitization have become more focused.

The worldwide manufacturing industry is focusing on digitalization in order to promote customer centricity, raise the efficiency of marketing tactics, and channel appealing market opportunities through easy and ready-to-use routes of established operations. Digitalization will help production in terms of planning, operation, and maintenance.

Quantum computing is also selecting frills when it comes to digital hauls for industry. Companies think that employing exponential data processing in R&D will increase process efficiency while saving time and resources. With the use of quantum computing, details of very complicated chemical reaction processes may be digitally simulated and analysed in a short amount of time.

Traditional automation providers battled tooth and nail against Ethernet networks and Microsoft support, but they eventually recognised and embraced it. External technologies have enhanced the rate of output in the industrial sector, boosting competitiveness. It combines industrial automation and commercial information with computer architecture to stay competitive. No one could have predicted a decade ago that technology would be embraced by the rigid traditional industrial manufacturing industry in order to increase production efficiency. Survival, on the other hand, is dependent on production efficacy.

Today, the future of the industrial sector seems brighter; it does not appear to be a unique torn page from the book of business synchronicities. Change is never simple to accept, adopt, or implement, but it is vital for the industrial sector to gather new sails in order to reach a new shore.

New Age Bond Online Platforms - Are They Safe
Content Preference of Doctors: The Change is Accelerating!
IT Risk Management Training: Which Resources Should You Prioritize?
How Can Luxury Brands Stay Relevant in Metaverse Space?
Centre for Social Development reconstitutes its Working Committee
Godrej Locks & Architectural Fittings and Systems Announces The Winners Of The First Ever GeeVees Awards, Recognizing The Best In Conscious Design
CONTACT US