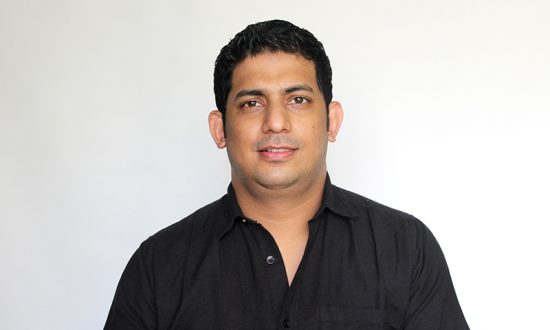 Adrian Sequeira is currently serving as Director – Interactive Solutions at Sportz Interactive, a B2B sports data, content and technology company. He has over 14 years of experience delivering world-class fan engagement solutions across gaming, web, apps, and social media innovations for marquee sports events. With his passion for sports and a keen eye for innovation, Adrian ensures fan-first products are delivered with a focus on driving success for Sportz Interactive’s clients and partners.

Fan engagement in sports today is no longer limited to sporting venues. The spectacle of sport has grown beyond halftime gigs and fans splashed across a stadium’s big screen. Sports fans today can be a part of the larger family of a league, a team or even a player. And it can be ‘round the clock – whether it’s bang in the middle of the sporting campaign or the hiatus of the off-season.

The engagement, in the end, helps in the valuation of the sporting brand in the eyes of the fan. There are two ways a fan can engage and connect with a sports brand – direct and indirect.

Fans can directly engage a sporting entity often in a physical manner. For example, purchasing tickets to various sporting events or buying merchandise which in turn directly impacts the team league’s revenues. On the other hand, indirect fan engagement happens when fans interact with the team or a sports organisation via digital means. For instance, social media.

However, the avenues in digital engagement are vast and growing.

These include providing a fan with an overall viewing experience online, shopping for merchandise on the official website, getting a hold of collectibles and receiving fan loyalty rewards. Some of the best ways to interact with fans is by live streaming matches and related events, having a social media connection and of course, gaming. Gaming, though, can capture the imagination and engage fans in ways nothing else can.

Hotstar, for example, managed to add a layer of engagement over its live streaming service during the 2016 T20 World Cup with Playalong. Users could not only watch a cricket match live on the app, but they could also play a game that encouraged them to predict what would happen on the next ball – in between deliveries. All within a single viewing screen, designed in a non-intrusive way to retain the sporting experience.

The distinct offering of a LIVE second screen experience with predictive questions asked in real-time made it the highest viewed sports event ever on digital.

As easy as it may sound, integrating gaming to ensure fans remain drawn in isn’t easy. It involves identifying objectives, defining the fan universe, and figuring out the activations. Once these three fundamentals are in place, gaming activations combined with attaining objectives during a tournament or the season can help enable centralised fan data platforms to drive future decisions for features and further enhancements.

Objectives are largely wound around the tenet of bringing fans into the game. This can be done by creating easy-to-use applications that drive reach and allow for onboarding of masses.

Once the masses are in, it’s critical to drive engagement to build a community. This involves maximising time spent and stickiness on the back of customised, locally relevant solutions throughout the year. This will also allow efficiency in product development; and provides consistent data points and a deep understanding of fan behaviour and data-led decision-making.

The next step is to create monetisation opportunities for the digital assets.

All of this makes it easy for the entire spectrum of fans to use applications – allowing for onboarding of casual fans while also catering to the fanatics at the same time. It also enables a high degree of interactivity to allow for multiple fan touch points and room for robust user data collection.

Additionally, it also allows for a suite of sponsor-friendly activations with the flexibility to offer freemium and premium experiences. The modular approach to development with a focus on re-usability and cost efficiencies also adds value.

Deciphering the type of fan that one caters to, based on their behaviour, goes a long way in the success of engagement. After all, the fan universe in essence can be divided into three types: fanatic, fan and flirt.

Fanatics are those fans whose content engagement and consumption are high. Their engagement tends to be richer. The fan comprises those with mid-level involvement in the sport. And the flirts are low-consumption individuals on the gaming front and are generally associated with easy-play innovations like trivia games.

UEFA, for instance, deployed activations for their own properties catering to the entire spectrum of fans across multiple languages with the EURO 2020 game. FIFA, meanwhile, ran the official fantasy game for the 2018 FIFA Men’s World Cup in five languages.

And, when it came to the Women’s World Cup in 2019, FIFA innovated and deployed an educational fan engagement activation like a Draw Predictor ahead of the tournament and followed it up with an easy-to-play Bracket Predictor for the tournament keeping the fan in mind.

Closer home when Pro Kabaddi wanted to run fan engagement, an innovative second screen game called KBD Housie was launched. The game which was a take on the popular Indian game ‘Housie’ aimed to educate fans on what was then a new sport gaining popularity in India while also getting fans to tune in to the television to watch the action.

These are just some examples of global sports brands building bespoke activations on the back of understanding fan behaviour.

The Benefits of Artificial Intelligence for your Business
What’s Your Value in 2023?
Transforming the Executive Search Industry & Making an Impact
Bring the Zing – 5 Keys to Powerful Presentations, Briefings, and Meetings
How the Market Place is Disrupting the Private Equity Segment
The Crypto Market Rebound: What The Future Holds?
CONTACT US