The Crypto Market Rebound: What The Future Holds? 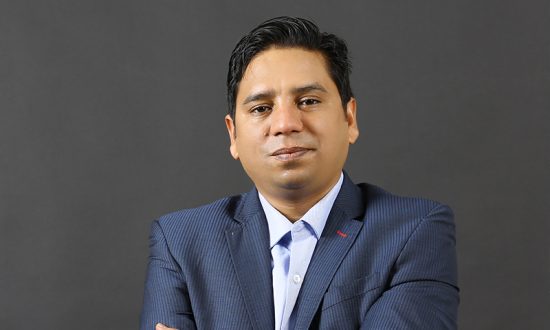 Ashwani Kumar is the founder and CEO of Helper World with over 8 years of experience in the financial industry, his expertise goes beyond the traditional knowledge of the field. His immense knowledge has enlightened so many people through his interviews which were covered by mint, economic times, and outlook. His projects have a very human-centric approach and he wants to help underprivileged through his projects. Other than being a part of the senior management, he has also worked as a marketing head for several projects.

Cryptocurrency has become a global phenomenon in the past few years, although much is still to be learned about this evolving technology. Many concerns and worries are swirling around the technology and its capacity to disrupt traditional financial ecosystems.

Why is crypto crashing?

Cryptocurrencies have always been a volatile investment, and it doesn’t take much to trigger a nosedive. One contributing factor was Elon Musk’s announcement back this year that Tesla would no longer accept Bitcoin as a form of payment.

Then after, China began cracking down on cryptocurrency mining, resulting in crypto prices plummeting even further.

Cryptocurrencies are also volatile, simply because they’re highly speculative and many potential investors are still on the fence about them. Nobody knows whether a cryptocurrency will still exist in a few decades, and when prices start to fall, anxious investors are more likely to panic-sell — causing prices to drop even more.

Will Crypto Survive a Crash?

The cryptocurrency sector has survived catastrophic crashes before. Between a collapse in the market, layoffs, and the ongoing liquidity crisis in the crypto industry, it is predicted that crypto prices will likely remain low for the foreseeable future, such as they did between early 2018 and mid-2020.

The cryptocurrency market has bounced back before, and if the stock market can be referenced as an example, it is likely to rebound again.

It is also likely that many coins will cease to exist as this latest crypto winter winds down. Many penny cryptocurrencies, for instance, which are highly speculative and volatile investments, may crash with no hope of revival. But so-called “blue-chip” cryptocurrencies, including Bitcoin, and Altcoins, are more likely to weather the storm.

How Bad Is the Cryptocurrency Crash?

Likewise, Ethereum is down more than 13 percent from this time last year, and it has lost more than 32 percent of its value since its peak.

The other altcoins tend to follow Bitcoin pricing trends, and as Forbes Advisor predicted that the global cryptocurrency market has dropped about 60 percent since November of last year.

Should you worry right now?

Although this most recent crash can be intimidating, the best part is that this is nothing new for cryptocurrencies. Bitcoin has lost more than 80 percent of its value on multiple occasions, and it’s always bounced back. Ethereum even lost nearly 95 percent of its value back in 2018, yet it was able to recover.

While past performance doesn’t predict future returns, history has shown that the biggest names in the cryptocurrency market — namely Bitcoin and Ethereum — have been able to withstand volatility. Again, this doesn’t guarantee they’ll always recover, but both of these cryptocurrencies have seen worse and were still able to revive again.

The price of cryptocurrencies is also influenced by the demand and supply that they create. Holding, particularly for bitcoin, the future is said to expect a huge rise in the overall price of Bitcoin (BTC) as the supply of the total number of coins is limited and is reaching its end. Despite not having a hold and value in tangible assets, the future of crypto is bright.

Since the traction of the cryptocurrency market has taken the global economy by storm, analysts and financial experts have spent a lot of time trying to understand and predict the patterns of what the future of virtual currency would look like.

Predictions state that the global crypto market will increase by more than triple by the year 2030. The overall valuation of the crypto market would be close to 5 billion dollars. This would mean that whether or not an individual has a direct stake in this asset, businesses, investors, brands, etc would not be able to ignore the high.

Financial experts have also been associated with increased growth of the profile of investors that are linked to this market. It is not just a niche hobby for people to engage in anymore. Everyday consumer has been benefiting from and using this asset class of investment to better their portfolios and gain more benefits.

Reasons for a bright future

The virtue of investing in cryptocurrency is the attraction of institutions and financial sectors. These areas are rushing in to cater to the increased demand that this virtual currency is seeking. The larger pool of investment also results in greater potential investors for institutional adoption. An individual virtually needs nothing to invest in a cryptocurrency apart from money and an internet connection. This desire to be a part of such a revolutionary concept is increasing not only among young investors but also among expert investors.

The future of the crypto market is predicted to see several rises in the graph. The popularity and benefits offered by Bitcoin, Altcoins, and other NFTs have reached new heights and various sectors. This invests in crypto’s a suitable prospect.

While cryptocurrency is starting to trend upward, volatile highs and lows are nothing new in the crypto markets — and analysts have long characterized crypto as an empty bubble destined to burst. Experts have called bitcoin, Ethereum and NFTs simply a new digital version of an old con primed to swindle and scam. But, potential investors see the world of digital currency as a step forward, a kind of “Money 2.0” that will democratize finance and power the metaverse. Amid the lurching prices and teetering sentiments, one thing hasn’t changed: Cryptocurrency remains controversial, risky, and wildly volatile.

The Benefits of Artificial Intelligence for your Business
What’s Your Value in 2023?
Transforming the Executive Search Industry & Making an Impact
Bring the Zing – 5 Keys to Powerful Presentations, Briefings, and Meetings
Building Apps for Sports Fans; What goes into Understanding fan Behaviour?
How Installation of OPGW systems are Alleviating Power Supply Chain Headaches
CONTACT US