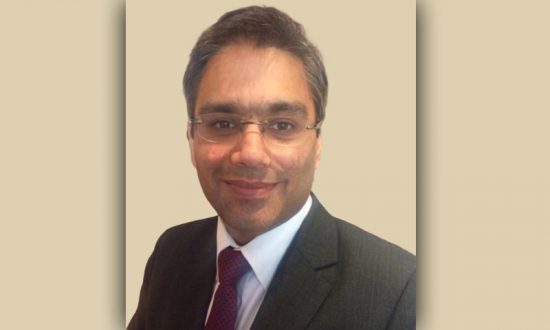 Gaurav Bhatia is the Chief Business Officer at Leverage Edu. He graduated with a B.E in Computer Engineering from the University of Mumbai in 2002 and then pursued his MBA at INSEAD in 2011. Over the years, he has had the opportunity to work in the health care, education and information services sector and he has worked across APAC, Middle East and Europe. Outside of work, Gaurav enjoys playing bridge and chess, spending time with his son, playing table tennis, and karaoke whenever he finds the opportunity.

Years back, I read a quote that said, ‘Culture eats strategy for breakfast’. While the quote was amusing back then, years later, as I climbed up the ladder, I have witnessed that while some companies may have the best strategy in place and the most talented team on paper,  if the team does not work cohesively, even the best and most well-meaning endeavors fail. Effective teams are drivers of innovation and enable gains across organizations.

For a young startup, building a conducive culture takes time and effort. Hence it is imperative to build a team that is open to change and is coachable. In its early years, the founders and core team members drive culture by being living examples of it. When capital is limited, the founder and the core-team are often selective and carefully choose every new resource. However, when the organization starts scaling, decisions to hire may not be managed with the same level of scrutiny. At some point, haven’t we all heard – ‘It’s not the same place anymore’? While the culture in a young company is still evolving, the first step to ensure a winning team is to ensure you do not compromise on your hiring. Hence it is imperative that your HR understands your business and your team requirements clearly.  When I started working in India, I noticed many colleagues viewed HR, primarily as an administrative function. However, human resources form the core of any business. The best leaders I have worked for, always ensured that the HR Manager actively contributed to the company’s strategic direction and influenced the organisations decision-making and work-culture.

While hiring a team-member, an important trait that I look for in all my members is integrity, humility, and openness to learning. I prefer hiring members who are enthusiastic, smart, and strong team-players. Across the many teams I have worked with, the best performing ones are not always ‘all-stars’ teams. Winning teams work together as a unit and have diversity when it comes to skills so that team-members can complement each other.

Additionally, I am a believer in having smaller teams since big teams become increasingly challenging to manage, specifically in young organizations. Jeff Bezos said that if the team cannot be fed with two pizzas, it is too big. And, in my experience, I have seen that having a 6-8 member team works best. Smaller teams allow for greater flexibility in terms of cultural and functional change and managers are able to foster an environment of trust within the team.

A pitfall I often see leaders walk into is to transition employees to real work without allowing enough time to learn about the business and the people they will work with. Being patient with new joiners in the first month and allowing the new employees to imbibe the work culture slowly has worked wonders for my team. Being empathetic is also key to ensuring the new employee feels comfortable in the setup. After the employee has spent some time at the business, the leaders should move from coaching to mentoring especially for senior team members, and help them own their problems.

Often new managers do get confused about how they should work with their teams, and some believe teams should work like families. Few managers suddenly become very distant from the same bunch of folks they worked with earlier after they get promoted or become overbearing. However, the right way is to strike a balance between being empathetic and being authoritarian. Happy families represent love and empathy. However, successful leaders need their teams to perform at all times, and hence a combination of empathy, discipline, and ensuring every member is motivated and is pushing their weight for the team’s success is paramount.

Another important aspect of building winning teams is clarity in communication and displaying communication through action from the leadership. When I was studying at INSEAD, we discussed Nordstrom, a retail store best known for its customer-centricity. Their culture is centered on creating an environment in which the employees are empowered to make the right decisions by following one important rule – ‘To use good judgment in all situations’, and the management showcases this value in its customer interaction at all times. What sets high performing teams apart, especially in a younger organisation, is the leader’s ability to showcase the values he or she espouses. In a startup environment, it is not uncommon to have to step up and work directly on the ground with customers if it helps the team deliver in a similar situation subsequently. If you want your team to be decisive, you must espouse the same quality and ensure that your team has your back should they make a mistake.

Ensuring effectiveness in teams is also a function of tracking the team’s performance, regularly and KPIs are key. Effective KPIs look beyond monitoring the employee’s performance and create accountability and address the business’s most pressing concerns. The right KPIs lead to ensuring better discussion on performance and ensures smoother appraisal discussions for both the manager and the employee. Similarly, for Business Development and Sales teams, creating the right incentive structure can bring the right financial outcomes for the business.

I often find myself looking back and reflecting on my career. I have been greatly influenced by my managers in the past who guided me, were empathetic in their approach, and helped correct me when I made a mistake. My growth has come from a combination of guidance and the freedom to make decisions and learn from the outcomes. The best teams I worked with didn’t always have the best folks individually; they had the folks that were supportive of each other and worked cohesively to achieve business outcomes. An example, I frequently share during my discussion on this subject is that of the Indian cricket team in 1983. The motley group led by Kapil Dev was not the best when assessed individually in comparison to the opposition they won against. Still, each member in that team believed in themselves, played to their strengths, and played as a strong unit, and India ended up as the world champion.

It is essential to think of teams in terms of the right combination of skills and abilities that maximize the chances of you winning. You cannot expect to win if you continue to play with laggards who are not pushing the team for success or a negative influence on the rest of the team. When you see a team member is not putting in their best; it’s important to step back, evaluate what has changed, and coach the member. Understand if the failure is a ‘skill-issue’ or a ‘will-issue’ and act accordingly. But if things do not improve, empathy should not stop you from taking tough decisions. Eventually, all that counts for leaders is to continue winning and ensure their team is having fun and putting in their best, while they are at it.

Technologies for Cardiovascular Disease: A 2023 Appraisal
Seeing Strategically
10 Recommendations On How To Negotiate Outsourcing IT Contracts
Shopping in the Age of ChatGPT: How the New AI Rage is Revolutionizing Retail Experiences and Consumer Goods Manufacturing
How Users Get Motivated Towards Using Some Apps Due to the Disastrous Situation?
Building More than Just Homes
CONTACT US