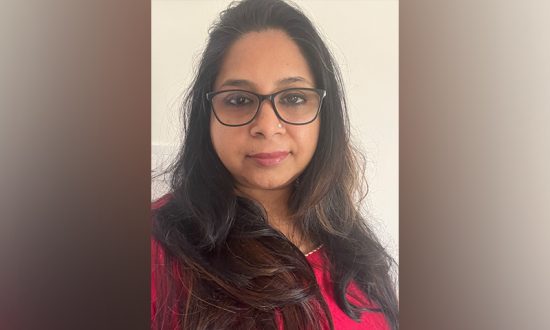 Dipali Sharma is a development worker with more than two decades of experience in the social sector. She currently works as Director – Organisational Effectiveness in ActionAid Association, and also leads the CSR portfolio. She has led and supported several critical organisational processes like organisational strategy development, strategy reviews, governance reviews, organisation development and culture reviews.

The third wave seems to be ebbing in most parts of the country. Fortunately, in India it did not cause the kind of havoc we saw during the first and the second waves. Yet, it has added a layer of uncertainty to the millions still struggling to come out of the misery caused by the pandemic and the accompanying lockdowns. A report by the Azim Premji University , during the first year of the COVID-19 pandemic, says that 230 million Indians were pushed into poverty, with a 15% increase in poverty rate in rural India and 20% surge in urban India. A Centre for Monitoring Indian Economy report released after the second wave, stated that over 10 million Indian’s lost their jobs and around 97% household’s incomes declined since the beginning of the pandemic.

The pandemic wreaked havoc by stopping the livelihoods of millions. Civil society organisations played a critical role in providing relief and succor the poor and the marginalised. In the very first week of lockdown in March 2020 in India, the Prime Minister called on non-government organisations (NGO) to help the government, calling on them to provide basic needs, medical supplies, protective gears and assist with awareness campaigns on COVID-appropriate behaviour and later on the need for vaccinations. The NITI Aayog also reached out to social organisations including ActionAid Association India, seeking assistance in delivering services to the poor. Through its efforts, ActionAid Association India was able to provide almost 10 million people from vulnerable sections with much-needed support in the form of food, rations, health and hygiene kits etc. Protection services were provided to women who faced gender-based violence and children who became more vulnerable to child labour and child marriage. As part of wider campaign to augment medical facilities, Action Aid Association supported more than 435 health institutions, mostly Primary Health Centres and district health facilities, with over 6,700 oxygen concentrators. ActionAid Association helped setup four oxygen plants in four districts across three states. More than 20 COVID Care Centres were set up across the country, including a paediatric care centre in Patna. Our community-based volunteers helped over two lakh people belonging to most vulnerable and marginalised communities including homeless persons, people from Nomadic Tribes and De-Notified Tribal communities, minority communities, tribals, domestic workers, construction workers, migrants, transgender and other socially excluded communities get vaccinations. Our volunteers are currently helping over 50,000 children continue with their learning when the schools have been closed for almost two years now. All this has been possible with the support of our corporate partners.

Social organisations were applauded for their contributions and the role they played in reaching out to the most vulnerable sections of society and others who faced great distress, including in the most remote areas. This was accomplished through the leadership of front line workers, their teams, and community based volunteers and with the timely support that came in from India Inc. We celebrate the role played by corporates who rose to the occasion and contributed their part in addressing this national calamity.

CSR has played a critical role in supporting the poor and the marginalised with a range of issues including livelihoods, health care, education, malnutrition and access to drinking water, but the pandemic has shown CSR rising to meet the new challenges. As per the India CSR Outlook report published by CSRBOX and NGOBOX, during 2020, 50% of the companies researched spent more than their prescribed CSR budget for the year. The percentage increased to 65% in 2021. Further, despite the drastic impact of COVID-19 on corporate operations and financials, the report highlights that FY 2020-21 saw a net positive Actual CSR spend as against the prescribed CSR and that there has been an overall trend of increasing CSR expenditure in the last three years, the increase being upwards of INR 1000 crore every year. The actual CSR spent during 2020-2021 as per the report is INR 12,180 crores.

The recently released Budget 2022-23 by the Union Government has been welcomed by the market as it has committed heavy spends on infrastructure. It is expected that the greater capital expenditure will revive the growth and medium term economic recovery for the country. This is welcome as it will help create jobs albeit in a trickle-down manner. However, in a context when financial hardships caused by the pandemic has pushed millions into poverty, what is worrying is the decrease in allocations (and at best marginal increase) in the social sector and schemes such as MNREGA, rural development, health and education. MNREGA, has proved a life saver for millions left without work and wages during the pandemic, including returning migrants. It has been particularly beneficial for women who have suffered more not only due to loss of jobs and wages but also due to the enhanced duty of care during pandemic times. With the rate of inflation, these allocations are actually lesser in real term and will affect for the poor.

In this context, the role of CSR becomes even more critical. We look to CSR to build on the great work they have supported during COVID-19 and continue the solidarity they have shown to people living in poverty. Our direct and sustained engagement with COVID-impacted communities and people in difficult circumstances, and the feedback we have received from local community formations, has underlined some of the key areas of support needed, and which CSR stakeholders could consider for prioritising their plans. These include the following:

From the second wave onwards the medical impact of the pandemic has been keenly felt. The out-of-pocket expenses of people on health during the pandemic has been huge. This is particularly so given that about 70% of the health care services in the country is provided by the private sector. CSR should therefore focus on providing health care support to the poor and in remote areas. Regular free health camps, doctors visit, medical support, mental health counselling especially to women and children will be critical during current times.

The fallout of school closures during the pandemic, in the face of the huge digital gap,has resulted in severe learning loss to millions of children of economically deprived families. Educational and learning support through models such as the mohalla pathshalas, supplementary classes run by village-based education volunteers have been found very helpful by ActionAid Association.  Such education support needs to be provided to help children continue their engagement with education and learning, and help them get back to school and not drop out. Support to have access to free Internet could also help.

In the face of reports of stunted growth and impact of sustained malnutrition, programmes to support nutritional, emotional and the physical well-being of children needs to be taken up.

Women have suffered disproportionately during pandemic times resulting in further reduction in their workforce participation and increased instances of domestic violence, and additional burden of care work. Livelihood support and skill building programmes with mechanisms for building safety and protection for women and required capacity building in that direction will go a long way in supporting vulnerable women. Similarly, supporting campaigns on ‘distribution of care work’ targeted at reducing care burden and other household work responsibility of women will help contribute to building gender equality in society.

With the appalling levels of loss of livelihoods and wage losses, sustained efforts will be needed to help people come out of poverty. Input support to help restart the livelihoods with focus on collectives and helping build solidarity economies, both in rural and urban areas will help build resilience among communities and deal with any further shocks due to the pandemic or other natural disasters.

In addition to the programme priorities, it is to be noted that there is a great need to help strengthen institutional capacities of social organisations. NGOs have been rightly acknowledged and celebrated by the central government and even the Supreme Court, for the role played by them in filling the gaps at the community level that contributes significantly to the country’s growth through their participation in the informal economy. Adequate financial support in building HR capacities, accounting systems, statutory compliances, communications and technological upgradations for social organisations will help social organisations deliver better and contribute their bit to the nation building efforts.

Last but not the least, CSR has a big opportunity to push environmental, social and governance standards within their own companies, their supply chains as well as in the corporate world at large. Given the pandemic has pushed working people into deeper levels of precarity, CSR can play a leading role in advancing business and human rights standards in their operations and that of supply chains relating to respecting standards of dignified wages as per the new wage code, putting in place wage compensations, workplace protocols with required basic services and COVID-appropriate working conditions, building work culture that respects gender and diversity, commitments for social security, setting standards for occupations safety etc. Hiring policies should prioritise women and social diversities. Similarly adapting and innovating climate actions and institutionalizing mechanisms for carbon reducing practices will help contribute to building environmental sustainability.

A collaborative and supportive environment for active and long-term collaboration between the public, private and the non-government organisations will go a long way in building general well-being of all people of the country.

The Benefits of Artificial Intelligence for your Business
What’s Your Value in 2023?
Transforming the Executive Search Industry & Making an Impact
Bring the Zing – 5 Keys to Powerful Presentations, Briefings, and Meetings
How AI and Data Science is Helping to Solve Real Life Problems
Impact of Union budget 2022 on MSMEs
CONTACT US