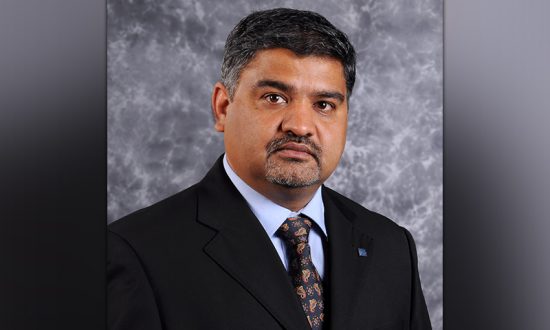 Sanjeev Sirsi is the Head of Municipal Business, Water Utility at Grundfos India. In his role, Sanjeev oversees the municipal business for India and neighboring countries. Sanjeev has more than 28 years of industry experience in several marketing, sales, design and project management both in India and abroad. He has been with Grundfos since February 2007 handling the Water Utility business for the company in India, Bangladesh, Bhutan and Maldives. He has been involved in the initialisation of innovative products in solar and water supply segment for Grundfos in India that focus on water and energy conservation.

In India, early June marks the beginning of the monsoon season which goes on to last till the end of September. Every year while the southwest summer monsoon brings respite to us from the sweltering summer, it also leaves behind a trail of destruction such as floods and landslides causing disruption. The ongoing effects of global warming has led to the Indian monsoons being more erratic over the past few years. A study published in Earth System Dynamics predicts more heavy rainfalls in a short span of time in the coming years in India, bearing serious consequences on life, livelihood, infrastructure and economy.

Aggravating this issue is India’s unplanned and rapid urbanization, which is coupled with inefficient network of drainage and pumping infrastructure leading to these disruptions. In urban cities, low-lying areas are high recharge zones but a study by World Resources Institute India found that the top 10 populous Indian cities added 35% of new urban development areas in low-lying areas. This has led to repeated flooding events over the past few years.

Management of floods and natural disasters due to climate change is not only about providing relief and compensation but also about building resilient infrastructure to tackle such incidents in the future. For instance, the United Nations reported that the 2018 Kerala floods led to an estimated loss of INR 31000 crore. This highlights the need for effective policies to ensure seamless co-ordination between nodal agencies, prioritize green infrastructure and focus on implementation of modern pumping solutions for mitigating further risks.

Modern facilities such as gate pumping solutions offer state of the art mechanism for flood control and storm water challenges. Gate pumping systems are a reliable option for local municipal bodies that lack the minimum space required to build a pumping station or a reservoir. The system operates on the principle of gravity flow, allowing discharge of inside water when outside water level is low and similarly blocking access with the rise of outside water level. For instance, in Poglar, Indonesia, there has been an installation of a new and innovative solution combining floodgates and axial flow pumps on an existing waterway. The Pump Gate protects the local community from flooding without the traditional space requirements for a pumping station and offering very easy operation and maintenance. Three gates and six pumps have been installed at Poglar.

For urban cities, the concept of mobile pumping stations serves as a dual solution for dewatering flood prone areas as well as providing water supply on the move. High efficiency mobile pumping stations are light weight and portable for use across varied environments such as low-lying catchment areas, drainage pits and waterlogged facilities to name a few. Disaster management teams can effectively deploy such mobile pumping solutions that are easy to operate, install and cost effective.

The government’s push towards smart city projects is a positive step towards proper urban planning in a bid to develop sustainable ecosystem aided by technology. Stormwater management will play a crucial role in the development of smart cities in India as the primary focus is to enable ease of living as per international standards.

Uplifting societies during a natural calamity

Floods lead to destruction of property, crops and has an impact on basic amenities such as access to safe drinking water, sanitation amongst a host of other issues. During such floods, it is crucial for governments to implement reliable technologies that offer innovative solutions to address critical water needs of the local communities.

For instance, intelligent water dispenser solution that is capable of treating surface water for consumption will help in removing of organic contaminants and ensure vital minerals are intact, making it safe for consumption. Today, we need technologies that can work on solar power, enabling flexibility to operate at remote locations without any hassles.

The roadmap towards disaster mitigation

The role of intelligent technology is of paramount importance going forward if the country wants to fight the menace of floods in the coming years. For example, data collected from five satellites of the Indian Space Research Organization (ISRO) helped planning the relief operations during the 2018 Kerala floods by providing real time information on weather patterns, flooding alerts and areas of inundation.

We will have to implement the right technology along with traditional methods that involve watershed management, embankments, reservoir, new drainage channels for flood control in India. These mechanisms can ensure flood management through a variety of measures such as restricted flood flows, soil cultivation, afforestation and creation of detention basins to name a few.

NITI Aayog’s National Water Model for India has proposed measures to tackle floods through non-structural methods such as AI based early warning systems, creation of wetlands and flood-proofing. We will need to focus on the twin pillars of technology and sustainable methods for an all-round storm water management in India. Water technology companies too can contribute by proposing state of the art flood risk strategies and solutions which can be executed in association with government and community support.

Technologies for Cardiovascular Disease: A 2023 Appraisal
Seeing Strategically
10 Recommendations On How To Negotiate Outsourcing IT Contracts
Shopping in the Age of ChatGPT: How the New AI Rage is Revolutionizing Retail Experiences and Consumer Goods Manufacturing
How Automation is Enabling Real Time Monitoring for the Transportation Industry
The Growing Importance of Digital Lending in the Indian Economy
CONTACT US