How Automation is Enabling Real Time Monitoring for the Transportation Industry 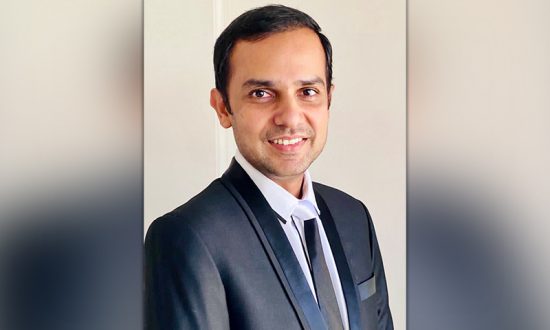 The transport industry is considered as the back-bone of any economy. In 1951, LEO (Lyons Electronic Office) became the first computer to run a regular routine office job. When the 1st computer reached India in 1960, it marked the beginning of automation in the Indian hinterland. While the world changed its way of doing business, with each passing year, the Indian transport industry remained neutral to these developments.

The unorganized Indian transport industry is so fragmented that any automation attempt would never see the next sunrise. Starting with Single truck owners that dominate the country and there are about 10 million trucks in India. Only 10% of this truck population belongs to transport companies, who are receptive to some automation in business.

India has 151,019 km (93,839 mi) of National Highways as of March 2021, making the Indian road network the second largest in the world after the United States. A truck loaded with valuable cargo from a factory is unmonitored and at the complete disposal of the driver. Weather it is a traffic jam, a road accident or a robbery, the only way to receive this information is via telecommunication. All stake holders of the Transport industry brace themselves each day for a safe and on time delivery of their cargo.

When the news of first GPS based vehicle tracking system (VTS) in India came in 2011, the stakeholders hoped that the VTS monitoring system will take care of their worries but soon they realised the penetration VTS was to take years. The truck manufacturers never considered providing a built in VTS in their model until 2020.

Some players of the organised 10%, did deploy expensive VTS to track the trucks whereabouts but their journey to accomplish smooth monitoring had its own challenges. Network on the highways were poor and the driver community who did not want to be tracked could easily tamper with the VTS, making it redundant.

In an over competitive transport industry, the organised players also lacked support from their customers, who majorly focused on reducing the transport cost and the business environment did not support deployment of VTS devices, definitely not for the single vehicle owners.

The use of any monitoring system is as fragmented as the transport industry itself. Although many industry players have VTS in their owned assets, the real victory is possible only when the single truck owners feel the need for a monitoring system and are ready to pay for it.

When the VTS proved its limitations to acceptance by the vehicle owners, the tech companies shifted their focus to monitoring the location of truck through the Drivers mobile phone. All the TRAI needs is an easy permission from the driver in form of an sms or missed call. The nearest tower location of the mobile network is tapped and the information can flow to the stakeholders with a simple API integration. Although this system provides the location of the nearest telecom tower and not the truck per se, I hear the transporters say “something is better than nothing”

The logistics cost in India is 14% of the GDP, compared to 8-10% of developing countries. The government is on a mission to reduce it by 5% points. Some initiatives from the government has given collateral benefits to monitor the truck on road too.

FASTag is made mandatory for all vehicles in India from February 2021. Although the main idea for Fast Tag was to reduce vehicular traffic at the toll plazas, it also gives information of a trucks approximate location between toll plazas. In case the VTS or Mobile tracking fails, the transporters have a back-up in case they need to send their surveillance team during a mishap. Next initiative by the government to install “GPS based Fast Tag” to abolish Toll plazas all together will also be a gamechanger.

Apart from monitoring the Vehicle location which is a top priority for all the stakeholders, tech cos offer monitoring of various aspects for a trucking company including monitoring diesel consumption, speed of the truck, electronic safety locks and soon a chip in the tyre can also inform you the health of your tyre. A CCTV camera integrated with all the chips in the truck can soon tell the driver and vehicle owner if the driver is too tired to drive or remind him to take a break as per the pre-designed schedule for safe delivery. An Intelligent Transport System (ITS) will surely change the way India transports its goods.

While an ITS may seem like a distant dream, the transportation industry is in a better place today in terms of monitoring the truck than a decade ago. The traditional companies are turning their heads towards technology to stay relevant. The real time information from the new age VTS gives clarity on truck location, hourly truck stoppage, speed of the truck, ignition on or off and many more. After geofencing of a truck, an alarm is sent in real-time if the truck goes wandering off the designed route. Many call it the “control tower” that is designed to provide critical information on exigencies. The control tower filters all the insignificant data and throws attention to the most important ones with simple and comprehensive symbols.

In 2020, the penetration rate of smartphone in India reached 54 percent and is estimated to reach 96 percent in 2040, more than doubled from financial year 2016, when only 22 percent of the mobile subscribers were using smartphone. This data shows the gradual increase of smartphone by Indians and thus the Indian Truck drivers too.

Real time information from VTS paired with increased use of smartphones will soon provide an ETA of the truck that is delivering cargo to your factory or hub, that can be as accurate as google maps can make it. One can look forward to accurate prediction of the time of delivery of your cargo.

I hope the truck drivers turn receptive to real time monitoring before the driverless trucks catch up as the only option left.