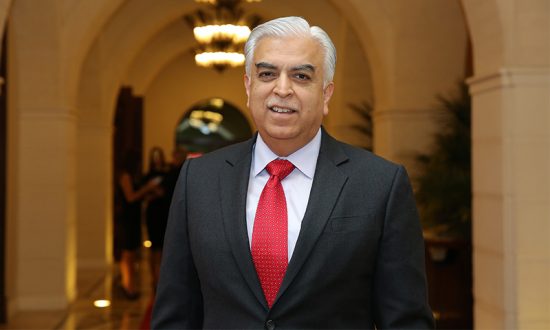 Coming from a humble, middle-class, extremely value-based background, Niranjan Gidwani is the Consultant Director, Member UAE Superbrands Council and Former CEO of Eros Group Dubai. Mr. Gidwani is known for his vision and his ability and expertise to build regional groups and organisations into brands. He is a degree holder in Mechanical Engineering and an MBA from the Symbiosis Institute of Management, Pune, India. He has also attended several top management courses at institutions such as the Indian Institute of Management Ahmedabad, the Seven Habits program under Dr Steven Covey and several others across the world. Mr. Gidwani has over 38 years of hard-core senior management experience with a strong exposure to handling international business.

Every month, a few hundred thousand people flock to the website of a famous German car brand to check out on its new range of cars. The market for new luxury cars has taken a setback over the past several months. As per Statista, the revenues in the luxury car market segment in the UAE are likely to be around 273 million dollars in 2021. This would average to around 2100 vehicles in a year. In India, the demand is around 40,000 vehicles in a year.

Now, if this famous carmaker wants to find out who might be wanting to buy its cars, it would be looking for a needle in a haystack. So, its best hopes are to get some traction from digital advertising.

At the other end, for a consumer durables major brand, the market for cookers, refrigerators, washing machines and air conditioners presents a big opportunity. It hopes to tap into this via digital advertising campaigns.

Similarly, in a third scenario, there is an online aggregator betting on digital ads to get more traction.

Each of these three scenarios are just a few examples of companies betting on the precision of digital technologies and have correctly and significantly jumped their digital advertising spends over the past couple of years.

Of late, technology providers have started the process of empowering users to control campaigns, and policy makers are looking at privacy aspects closely. This is likely to make it progressively tougher for companies to directly target users, or to be able to collect data without consent. The result is that, as advertisers and their support teams or outsourced agencies move forward, they will be forced to reimagine their digital campaigns.  In April of this year, Apple released something called its app tracking transparency framework.  This means that users can switch off access, and advertisers will not be able to find target users who block them.

By 2023, Google is likely to phase out third party cookies. Blocking ads, and removing third party cookies would make it difficult to figure out end customers buying patterns and interests. Also, regulations like the European GDPR (General Data Protection Regulation) are being adopted by more and more countries.

This is progressively going to make the job of advertisers tougher. Yet, it needs to be emphasized that digital is still the best way to target and customize campaigns. Digital advertising spends will continue to grow at a much faster pace than traditional advertising spends.

Because of these changes coming up, advertisers will now be forced to spend more time and money to re-imagine campaigns. Media houses and publications will need to get aligned rapidly. Cost per click is surely on the way up, and so will be the use of artificial intelligence and machine learning. In the days ahead, advertising is surely and certainly going to become more demand-led, listening and responding to customers. We will need to forget the old ways of pushing out messages and waiting for ads to convert to sales.

The advertising world has to start re-adjusting to the new privacy norms. Do expect the cost per click to go up significantly, anywhere between 10-20 percent. Agencies and brands may need to set up new tools and freshly train professionals, which could entail a rise in the cost of operations. And, if this is not done over time, then the returns on ad dollars spent may begin to look hazy.

Brands, distributors and advertisers must realise that the first-party data they collect from their own customers is like gold. This needs to be cleanly collected, stored well, protected well and used well. Age-old marketing tools like loyalty points and direct marketing may become relatively more useful. For example, giving an additional five percent one-time discount to customers who give their consent to access data.

The Benefits of Artificial Intelligence for your Business
What’s Your Value in 2023?
Transforming the Executive Search Industry & Making an Impact
Bring the Zing – 5 Keys to Powerful Presentations, Briefings, and Meetings
Effects of Online Education on Mental and Physical Health
What Legacy Banks Can Learn from Fintech Apps’ Explosive Growth
CONTACT US