Effects of Online Education on Mental and Physical Health 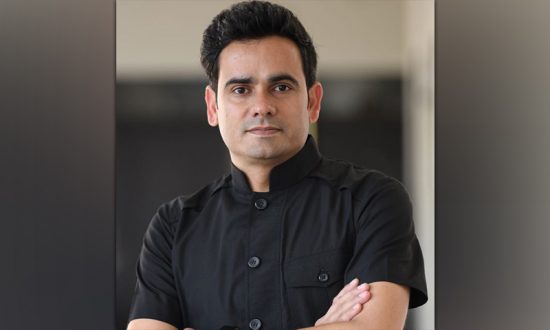 An educationist and visionary in true sense, 40 years old Mr. Shiv Ram Choudhary derives his joy and energy from service to humanity. Deeply passionate about innovations in education, he firmly believes that school education is the foundation of nation building and if we really want to bring about a positive change, it should happen at this crucial stage. A learner and seeker at heart, he has widely travelled to different countries around the world for several times to attend seminars, conferences and learning visits and bought back the best of practices and integrated them into the school system.

The COVID- 19 has caused destruction and devastation worldwide in ways nobody could anticipate. The world in one way or another came to a standstill. Life as we knew it changed. And this change became the new constant.

Educational institutions took to online teaching. Though the start of this change felt rather very enticing for the students. Not having to rush and get ready to reach the institutions, being in the comfort of their homes, the children were at ease.

However, this peace didn’t last as long. Online education has taken a huge toll on the mental and physical health of students as well as their teachers.

Humans are social animals, and the most introverted ones also need to see faces and have human interactions once in a while. The children have grown to lose interest in their classes. Most of them switch off the camera and go about their other activities. The lethargy has inculcated the loss of interest in not only the studies but everything overall. The pressure of after-school homework and assignments has triggered a great toll on the mental health and mood.

ncentration levels of students dropped in online learning as the eye meanders elsewhere on the screen. This in response made it difficult for most students to keep up with the teachings. The pressure to concentrate and produce the required results has resulted in a great amount of stress and anxiety. Tasks, assignments, and homework slacked. Most children were seen lagging behind and succumbing to the pressure. The mental state of the children was fragile and tampered with.

Zoom fatigue refers to the exhaustion after having attended zoom classes, or video conferences. With the screen time increasing drastically, the mind is overwhelmed with information and the brain finds it rather difficult to register all the information.

Over involvement of parents also has added to the pre-existing anxiety and stress. Parents are confined to the walls of their houses and have taken it upon themselves to get extensively involved with their children and their online classes.

Increased screen time has increased the strain on the eyes, resulting in major headaches. This was applicable not only to the students but also to teachers.

The classroom ethics have been compromised to great lengths. The posture, regularity, lack of routine, attentiveness has all resulted in health hazards. Constant sitting has caused weight concerns as well. No physical activity has made the students restless and frustrated. This too took a toll on the eating habits, thus resulting in damages to the physical health.

“Human factors and ergonomics is the application of psychological and physiological principles to the engineering and design of products, processes, and systems.”

Studying online has resulted in poor/bad ergonomics, thus resulting in a lot of issues as regards back pain and fibromyalgia pains.

The lack of physical activities has caused children to become obese. Thanks to binge eating and watching, it’s only gotten worse.

Muscle spasms, muscle rigidity, and lack of calcium, etc are all based on lack of physical activity.

Online Education surprisingly has resulted in a lack of Vitamin D. Lack of sunlight, poor diet, and exercise have resulted in more problems than one could anticipate.

As weird as it sounds, the lack of physical activity and calcium has resulted in trivial injuries, thus resulting in extensive injuries further.

In conclusion, we can say that Online Education initially started as a great advantage but took a drastic turn and didn’t work so much in the same spirit. With the increased screen time, eyesight issues, headaches, and strain have increased a great deal.

Not only that, children have been acquainted with stress and anxiety from an early age. The parents only add to the pressure. Physical well-being has gone for a complete toss. It is important for us to keep in mind all these aspects to prevent any future harm that might turn into lifelong problems.

Technologies for Cardiovascular Disease: A 2023 Appraisal
Seeing Strategically
10 Recommendations On How To Negotiate Outsourcing IT Contracts
Shopping in the Age of ChatGPT: How the New AI Rage is Revolutionizing Retail Experiences and Consumer Goods Manufacturing
8 Reasons Why You Must Modernize Your Commercial Lending
Digital Advertising – What’s Ahead?
CONTACT US