Home /EXPERTS' OPINION/Digital Healthcare and the Importance of Data Privacy 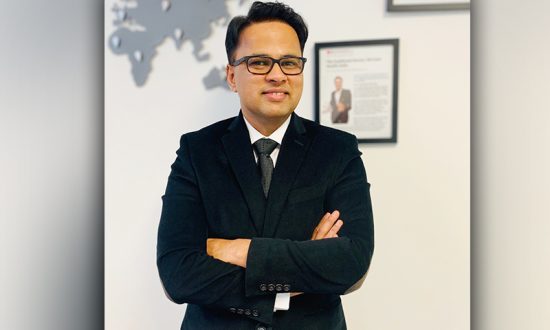 Dr Harshit Jain is the Founder and CEO of Doceree, the First Global Network of Physician-only Platforms for Programmatic Marketing. With Doceree, he is aiming to address the acute problem of rising cost of healthcare by bringing in efficiency and effectiveness in marketing to Physicians by pharma brands on digital platforms with methodical use of data and creativity. In his over 13 years of professional journey, he weaved together his domain expertise of medicine and his marketing acumen to come up with out-of-the box ideas and campaigns

The pandemic changed the way we once lived, even how healthcare was once delivered. Digital healthcare that seemed a distant notion to many before the virus outbreak became a reality when we ran out of the option to see a physician personally. The government too now bats vociferously for adoption of digital ways and means as its potential to make quality healthcare accessible to the people of the country is huge, and until now not well exploited. Last year, Prime Minister Narendra Modi announced the launch of ambitious National Digital Health Mission (NDHM) that mandates Health IDs for the citizens of India. The health IDs will hold health records of people in a digital format. This is appreciable how the government is making the healthcare ecosystem digitised, but it needs to tread with caution.

The entire WhatsApp saga has brought to the fore the importance of guidelines around data protection of users. Digital penetration is growing remarkably in the country, apparent from the fact that WhatsApp alone has over 400 million Indian users here. The debate around data privacy is raging and has brought to spotlight the need to implement the draft Personal Data Protection Bill 2019.

In the European Union, WhatsApp update will not come into effect as it has safeguarded the interests of its people via General Data Protection Regulation (GDPR) and India needs to prevent data misuse by enacting similar laws. Data security is the right of every citizen and any breach puts their confidential personal information at risk. Awareness among Indians about data privacy and its protection is still very dismal, also something which people do not care about much. The debate around WhatsApp has made people take notice of it, something they until now attached very little importance too. With attention now growing around the topic, government will now have to be more stringent in protecting the data rights of its citizens.

When enormous amount of data is already being generated every day, then recording unstructured health information and organizing it to make healthcare delivery convenient will further add to the sea of data. In that scenario, the need to introduce a strong regulation such as GDPR becomes all the more essential. In the absence of proper regulations and a watchdog, critical health information of people would be at severe risk. In case of a data theft, citizens would have no place to raise the matter with and seek any recourse. A body that could deal with such matters is absolutely necessary when the country plans for such measures.

The draft Bill mandates setting up of Data Protection Authority to look at any discrepancies and take required action against those messing with citizens’ personal data. The Bill was introduced in the Parliament in December 2019 and has been facing constant delays in tabling it. It is now due for tabling in the Budget session in February and given the WhatsApp furore, it seems it will be taken up for discussion this time around. The parliamentary panel examining it has recommended 89 amendments and 1 new clause and it is yet to be seen what concrete shape it will take when finalized.

Nevertheless, it is a good start. Also, it is an undisputed fact that digital healthcare can bring down the cost of healthcare substantially and any effort towards that direction is futuristic. But we must also not lose sight of what can go wrong if vast amount critical data is not handled properly. The ideal thing to do is to work out the details of NDHM and the Data Authority alongside so that people could feel more confident about the government’s planned steps around digitising healthcare.

Are Videos the Future for Communication
Always Evolving: Is AI taking over customer engagement?
Three technologies that will continue to innovate the EdTech sector
Trends in Trade Finance Regulation
Clinic of the Future
10 Most Innovative Healthcare Companies in India
CONTACT US