Eldercare Reforms, Still in the Backstage! 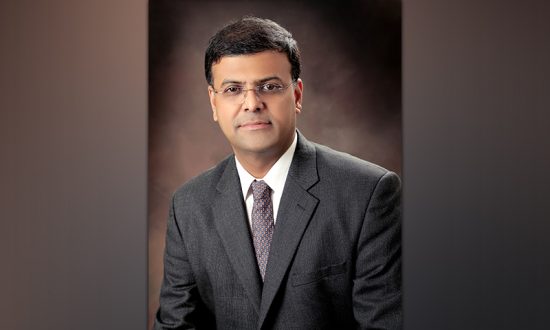 Rajagopal is an experienced business leader & a healthcare entrepreneur who chartered a career in this sector out of his passion to be part of this growing eco-system & contribute to it meaningfully. Prior to founding KITES, Raj served as the CEO of HCG Milann, a leader in the treatment of infertility & was also the CEO of Motherhood, a boutique birthing chain. He carries with him a rich experience in the field of management and finance across FMCG, Tech and Oil & Gas industries.

When I glanced through the Economic Survey 2020-21, I was disappointed that I could not find any discussion on the growing elderly population. I went deeper into the document, I realised that the DoEA (Department of Economic Affairs) has been overwhelmed with the basic healthcare issues that our country is facing and hence eldercare is still in the backstage.

The document has dwelled deep into the present healthcare status in India and the need for a relook at the design of healthcare systems. Let us take a quick look at some of these facts.

Good news is that PM_JAY is working!

In the short span of time since its introduction, the PM-JAY in 2018 (PM Jan Arogya Yojana) has demonstrated positive outcomes in providing healthcare access to the most vulnerable sections of the public.

About 50Cr Indians are benefitting from the scheme which provides for a cover of up to 5lakhs per annum for each of the family on a floater basis. About 1,500 procedures (covering 23 specialities) are covered in the scheme with general medicine, general surgery followed by OBGYN are the major clinical specialities that have been used.  Further, states that implemented PM-JAY have fared better than the ones that haven’t yet enrolled (eg West Bengal).

Yes, I agree a lot needs to be done in the healthcare domain in general. But the rate of growth of the older population in India warrants urgent attention from the policymakers. Initiatives such as PM-JAY which benefits the marginalised are welcome, it doesn’t still solve the larger eldercare issues that will emerge in the coming days.

According to the earlier report, it is estimated that by 2041, the population would touch 151 crores, of which about 24 crores would be 60 and above (~16%). Healthy life expectancy at the age of 60 now stands at 12.9 years (12.5 years for males; 13.3 years for females), and it is lower than that of other major developed and emerging economies

A separate ministry may be warranted to deal with this issue of magnitude. A comprehensive policy document will need to be released covering various aspects that can be dealt with by both the centre and states. This should take into account both healthy and the sick of this population.

A robust public-private partnership is important to make this a success. Geriatric care needs to be taken to the grass root levels starting from preventive care & robust primary care system. Social security of these elderly besides their productive engagement must form the core of policy thinking. Development & investment in appropriate infrastructure development keeping this population in mind is very important.

While the economic survey of 2018-19 dealt with the issue of ageing in detail, we haven’t seen much in this direction thereafter.

Considering the enormity of the issue on hand, I urge the Department of Economic Affairs, Ministry of Health & Family Welfare, Finance Ministry to accelerate work in this direction on an urgent basis and involving various stakeholders in this initiative.

Its time to bring Eldercare to the front stage as well!

Technologies for Cardiovascular Disease: A 2023 Appraisal
Seeing Strategically
10 Recommendations On How To Negotiate Outsourcing IT Contracts
Shopping in the Age of ChatGPT: How the New AI Rage is Revolutionizing Retail Experiences and Consumer Goods Manufacturing
What does 2021 look like for Voice & VoIP with the onset of 5G
Modern India Lagging Far Behind in Race to Fitness
CONTACT US