Electric Vehicles: The Shining Sector for Investment in Sustainable Future 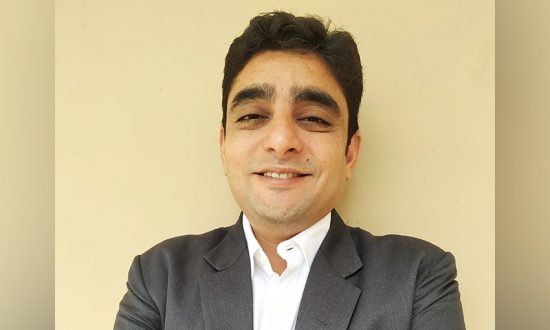 Tanesh Gagnani is the Executive Director of Akasa Finance Limited, previously known as Pooja Finelease Limited. A company specialized in financing electric two-wheelers, three-wheelers, batteries for electric three-wheelers, small business loans, personal loans, and real estate loans. Mr. Gagnani began his career with PFL as a consultant, then rose through the ranks to become the company’s CFO, then Director, responsible for the company’s operational and financial success.

With the world eyeing for a greener and sustainable future, electric vehicles (EVs) have been playing a phenomenal role in the transport sector to reduce the carbon footprint. The government has been implementing multiple policies to facilitate a robust EV ecosystem, starting with the launch of the National Electric Mobility Mission Plan in 2013. Later in 2019, government came up with a new initiative – Faster Adoption and Manufacturing of Electric Vehicles in India Phase II (FAME India Phase II). The strategy was aimed at promoting electric mobility. It also encouraged faster adoption of electric vehicles by offering incentives on purchase. Another key focus was on creating a wide charging infrastructure and plans were drafted over installation of charging stations in close proximity.

Electric vehicles are vividly defined as vehicles which are powered exclusively by an electric motor whose traction energy is supplied through battery installed in the vehicle and has such electric regenerative braking system, which during braking provides for the conversion of vehicle kinetic energy into electrical energy.

To enable and facilitate the growth of EVs in the transportation sector, a major effort has been put towards charging them through greener sources and India has been working on creating a robust infrastructure for that. Currently, the electricity regulations dictate that a minimum of 1 MW load at the place of consumption is required to make it eligible for an Open Access power. However, the government is working on strategies to lower the threshold by sourcing power from greener resources like solar and wind; thereby encouraging power supply through Open Access.

The automobile industry is also bringing in more and more advanced and state-of-art technologies to make the electric vehicles more efficient and cost-effective. The government has also been in line with encouraging the application of newer technologies and innovations in the field. The focus has been to extend incentives to vehicles with technologically advanced batteries. Though technological innovations are extending the reach of the electric vehicles in the Indian market is key for a sustainable and greener future, the cost of it also plays a significant role. India is focusing on adopting comprehensive approach to facilitate research and development and production of electric vehicles through strategic collaborations and partnerships with domestic and foreign players.

With the government’s ambitious plans, Indian automobile industry has been gradually shifting from Make in India to Make for the World. India set a target, through its National Plan, to sell 6 to 7 million hybrid and electric vehicles by 2020 and by 2021, India had registered around 870,000 EVs. Exemption of Goods and Services Tax (GST), currently charged at 5 per cent on vehicles and charging services has been a major boost towards the electric automobile sector. Furthermore, under the new GST regime the tax rates have been kept much lower for EVs than the conventional vehicles. Though there are arguments that to achieve a greener and sustainable ecosystem in the country the electric vehicles should be exempted from GST entirely.

Financing in the EV sector has been on the top priority with the NITI Aayog also highlighting the importance of priority-sector recognition for retail lending in the electric mobility ecosystem. Experts have often suggested that the EVs should be included in the Reserve Bank of India’s priority-sector lending (PSL). The potential EV financing market size for banks and non-financing companies in the country is 40,000 crore ($5 billion) by 2025 and `3.7 lakh crore ($50 billion) by 2030.

To popularize the electric vehicles for a sustainable future, multiple banks and private financial institutions have chalked out special schemes and loan services that encourage customers to purchase electric automobiles. With the new boost towards EVs, especially amidst the rising fuel prices, many customers are now switching from their conventional petrol or diesel cars to electric vehicles.

Also, the e-mobility sector has been phenomenal in bringing a drastic change in the country’s workforce system. With the government aiming at making hybrid and electric vehicle 30 per cent of the vehicles on road by 2030, production capabilities are now expanding, opening doors for more job opportunities. The Ministry of Skill Development and Entrepreneurship has earlier stated that the EV sector is expected to create more than one crore job opportunities by 2030. It shall also be noted that with every direct job in the EV industry, 4-5 indirect job options will also open up.

Technologies for Cardiovascular Disease: A 2023 Appraisal
Seeing Strategically
10 Recommendations On How To Negotiate Outsourcing IT Contracts
Shopping in the Age of ChatGPT: How the New AI Rage is Revolutionizing Retail Experiences and Consumer Goods Manufacturing
Personal Finance Instrument to watch out for in 2022
How the Projector Market is Reacting with Normalcy and Economic Recovery
CONTACT US