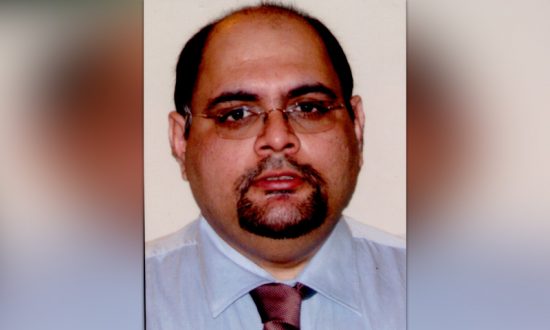 Harsha Kollaramajalu is CTO at SemaConnect and brings with him over 20 years in the technology industry. Previously, Harsha worked at Phoenix Technologies the worldwide leader in core-systems (BIOS) where he pioneered a Virtualization Operating System, a Laptop Anti-theft product and a Cloud Storage product. Harsha has also served as Principal Architect at Intel, CTO at CBay Systems Ltd., Technology Consultant at Ericsson and as co-founder at Knoxware, an antivirus and
security technology company.

India had its first electric vehicle way back in 2001, when Reva was launched. However, by 2020 many good quality, safe, long range Electric Cars have been launched and many companies are also providing two and three wheelers with highly reliable Lithium-Ion cells.

With this, the focus is shifting to the need for large scale charging infrastructure. One of the primary needs of any vehicle is fuelling infrastructure. Internal Combustion Engine (ICE) Vehicles have had it for over 100 years now. In the decades to follow India has built an estimated 70,000 Fuel stations. However, for electric vehicles, the challenge is different.

Batteries take longer to charge. Typical charging rates range from 1kilo watt (kW) for two wheelers to 350kW in case of fast chargers. Using fast chargers frequently reduces the life cycle of the battery thus ideally the charge current is kept at moderate levels. But, that results in needing longer time to charge batteries, which in turn requires a greater number of chargers to charge the vehicles.

India has about 300 million vehicles. With a fuel station for every 4,000 vehicles (0.025%). This is feasible because one can fill up an ICE vehicle in just a few minutes. However, international studies have shown that in case of Electric Vehicles each vehicle will need one charger at home of the owner and more chargers in public spaces. So, total number of charging points will have to be 120-140% of the number of vehicles on the road.

So, fast adoption of EVs will result in demand for Millions of charging stations. All Workplaces, Malls, Airports, Parking lots, apartment complexes, streets & highways will need charging stations. This huge requirement is driving a need for standardisation of the plugs.

India’s first car, Reva, used a three-pin plug standard called IEC60309. In 2017-2018, Indian govt adopted this plug in its standard Bharat AC-001. However, internationally, two major AC plug standards developed. In USA, Society of Automotive Engineers (SAE) developed the J1772 plug standard. And Europe adopted IEC62196-2, which was based on a design by the manufacturer Mennekes.

There were also multiple standards for DC fast charging. China developed GB/T standard was used in some car models like the E2O, E-Verito in India. Indian govt adopted this standard as Bharat DC-001. Japan had developed CHAdeMO standard that was being used by Nissan & Mitsubishi in the worldwide market. Many fast-charging stations across USA and Europe still provide CHAdeMO, though the standard is slowly being discontinued.

Automakers across the world realised a need for a unified standard and in 2011 Association of German Engineers proposed “Combined Charging System” (or CCS). This standard allows for DC charging at 200Amps (later enhanced for upto 500A), allowing for charging stations with over 150kW capacity.

In 2019, Indian Auto makers decided to adopt CCS for Electric cars. More and more AC Charging Stations will come up with the CCS plugs with charge capacities of 7Kw or more in future. Many DC charging stations on highways and other critical city locations will provide a quick charging options, where within an hour, drivers will get enough charge to drive a couple of hundred kilometres.

However, two wheelers and three wheelers continue to use either the older IEC60309, or their own proprietary chargers needing standard 15A wall socket. This problem is being taken care of by having IEC60309 socket as a standard in public chargers, while providing adaptors for those needing other connectors. The number of charging points needed will be very high.

One alternative being explored is Battery Swapping to avoid long charging hours. Bangalore based Sun Mobility is working on a solution that enables quick battery swapping, where battery is owned by the company. This may have good applicability in Rental auto-rickshaws, cars, or even local buses.

For most other applications, building out an infrastructure of thousands of charging stations remains the only alternative. This will be built by both Government entities and private enterprises and building owners.

Electric Utility companies will have a huge demand coming up on their distribution networks over next decades. They too will have to gear up for supplying delivering higher amount of energy to each neighbourhood and develop clever strategies such as ‘peak shaving’ by using automated demand-response mechanisms to reduce load during peak hours.

With more and more energy generation moving towards renewables, this transition will also benefit the environment. By 2030, Renewable energy will account for 55% of India’s total power capacity. With renewable energy projected target being 75% of total power generation by 2050, India will benefit from cleaner energy and transportation. Roof top solar power will aid this transition as well.

The biggest challenge in adopting charging stations is it not being a very attractive investment at the beginning. Electric Vehicle transition and EV charging infrastructure are chicken-and-egg problems. One does not take off without the other. Which is why government will have an important role to play in building initial infrastructure and by incentivising private players to build infrastructure. One way to do this may be to allow companies to use the CSR funds to build charging infrastructure in their own or public premises.

Considering a running cost of just 1/5th to 1/7th of ICE, Electric vehicles can provide ROI for fleet vehicles far more than individual owners. Thus it is most likely fleet owners will buy and develop charging infrastructure in coming years, to cater to their own demand. More and more companies will install charging infrastructure in their facility.

Multiple companies will build India’s charging infrastructure. Over time, an interoperable mechanism will develop for any vehicle to charge in any charging station. We will have fast charging stations every few kilometres by 2025, with large Oil companies installing charging stations in their fuel stations. This will enable faster adoption of electric vehicles too and enable India to reach its vision of becoming 100% electric  in automobiles by 2030.

International Education within the Indian Context: The Advantage of a Holistic Approach
Sparking Engaging Conversations with Industry Leaders to Create Value for the Supply Chain Community
How Mentorship Can Help Women with Office Politics
The Dark Side of the 21st-Century Data Rush
The burning need for Standardization and Integration
Innovations, Development, and Challenges to tackle rising COVID Cases in India
CONTACT US