The burning need for Standardization and Integration 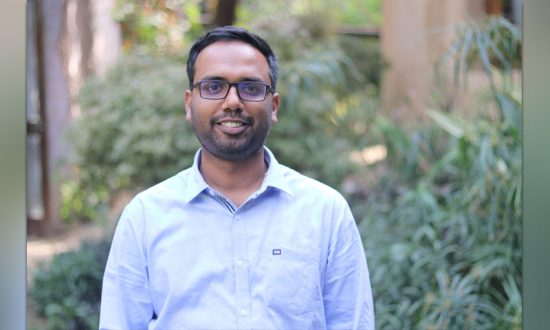 Tarun is currently Founder CEO at Indus Action, a public policy do-tank. He is also an Obama Foundation Fellow and DRK Foundation Entrepreneur. He graduated from Harvard Kennedy School in 2013 in Masters in Public Administration in International Development. He was a Fulbright and Joint Japan World Bank Scholar. After doing his undergraduation in Chemical Engineering from BITS-Pilani, he worked with Hindustan Unilever Limited in Supply Chain and TeachForIndia as a Fellow and Operations Director.

It’s been over a year since COVID 19 changed the world as we know it – paralysing the economy, exposing vast structural inequities and severely affecting the most vulnerable sections of society.  Crucially, in India, it also revealed the insufficiency of existing social safety nets to protect those who need it the most – the poor.

While the state attempted to respond rapidly to the needs of migrants and the poor through schemes such as PMGKY, the PDS, MGNREGA, a very deep crevice was revealed regarding the state’s vision and implementation of a pan-India social safety net. With 316 schemes across 52 ministries that are accessible through DBTs, one would assume that the state had the wherewithal to provide for the poor. What was exposed instead, was the redundancy, inefficiency and cost of operationalizing a plethora of schemes, leading to citizens scrambling to access them, and ultimately, failing.

So, what are the underlying causes due to which India’s social safety net fails its citizens? Delving deeper, there were 3 major challenges that we identified:

Duplication of documents and effort

Think about the number of times, a citizen in India has to prove their existence to access any state related benefit or right – a driver’s license, a marriage certificate, a state pension scheme, a scholarship. Every time, different departments will ask for the same documents as proof. Not only does this current system lead to duplication of effort, there is also a waste of resources in terms of the time and cost for every department to verify someone’s existence and eligibility. Lastly, and unfortunately, it puts the burden on the citizen each time to prove that they need a benefit or service. For example, PMMVY and JSY are both maternity benefit schemes, intended to increase health-seeking behaviour, including institutional delivery. However, the pregnant woman needs to apply to both separately, attaching similar documents. Thus, what we have is an inefficient mechanism of identifying eligible beneficiaries leading to wastage of resources, which could otherwise be used for improving efficiency in service delivery.

Another key challenge lies in the lack of clarity on how to access a scheme. Which documents are required to prove eligibility for a scheme? Who can sign off on an address proof affidavit? Can an income certificate be used in place of a caste certificate? Even the most educated citizens face a tough time in navigating bureaucratic rules and norms, and red tape, to access schemes. These difficulties are compounded for illiterate and vulnerable citizens, owing to factors like information asymmetry and lack of social networks, thus reducing their access further.

Linked to the previous challenge, is the lack of transparency in the system. What are the roles and responsibilities of different government officials in monitoring and implementation of schemes? What are the powers of the Gram Panchayat, and of the Zilla Parishad, and how do they link to the state as a whole? Who keeps track of the different schemes? Who is answerable to the people for redressing grievances, taking suggestions? In the absence of transparent monitoring and accountability mechanisms, inclusion and exclusion errors increase, as do issues like corruption and rent seeking behaviour, leading to greater access issues.

While these challenges have been recognised in the past and are well documented, the need for acting on them has never been more urgent. So, what is the solution? Countries which have strong social safety nets, seem to have focused on 3 key areas – standardization, convergence and integration. Take for example, the US Social Security system. Every individual has a social security number and their information is stored in one common integrated database, which is accessible to different departments. In Mexico, social protection schemes have been converged over time, which has allowed for improved resource utilisation, more transparent accountability mechanisms and greater clarity for individuals on how to access schemes.

India too has a bright spot in the form of “one nation, one ration” which has had the maximum coverage during the pandemic, with 91% of PDS card holders getting ration. There is a need to expand this to other schemes as well, as it will assist migrants, be it in the informal or formal economy, to avail benefits, particularly in crisis such as the pandemic. For example, pregnant women, who are working as labour in states other than their home states, are currently unable to avail maternity benefits if they give birth in their host state. An integrated database across state lines can solve this challenge, akin to “one nation, one ration”

Some other, linked recommendations are: