Financial Inclusion for the Unbanked: Measures Taken by Lending Players 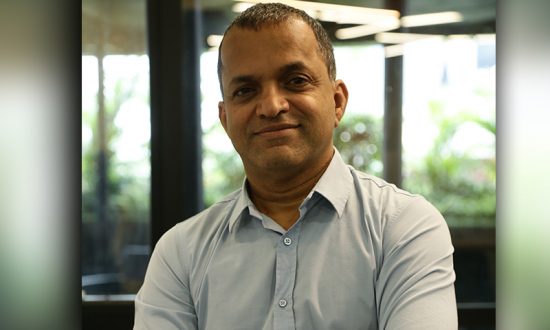 Bala has donned many hats in his career. From being a serial entrepreneur to a venture capitalist – he has done it all! With his endless reservoir of energy and passion to ideate, strategise and execute, Bala has over 16 years of experience in the world of startups.

One-fifth of the world’s population is unbanked. Till a few years ago, it was not financially viable to provide them with financial assistance as they did not meet the basic threshold for financial organisations and KYC (Know Your Customer). But new-age tech and data innovations, the rise of smartphones and the reach of cheap internet availability have changed the scenario for the unbanked in India.

According to CIBIL data, out of India’s 220 million credit-eligible consumers, only 72 million have a credit score (CIBIL score). A significant portion of those without CIBIL scores comes from the unbanked (190 million) or minimally banked (a whopping 356 million accounts) of the rural population. Compare those numbers with the data shared in EY’s FinTech Adoption Index – it indicated that 52% of the digitally active India are Fintech users. There has never been a better time for banks and NBFCs to seek revenue growth through financial inclusion.

The biggest challenge with the unbanked, informal or NTC (New To Credit) sector is in the KYC process. The BFSI sector makes KYC as a vital tool for decision-making and a key strategy for acquiring customers.

To resolve the issue of inclusion and provide smooth & affordable financial services to the underbanked, the NBFCs have now started playing a key role. According to the RBI, there are 11,522 NBFCs, most of whom are offering credit options in partnership with banks to serve the unbanked/NTC sector. NBFCs are moving the needle beyond traditional ‘credit-scored’ consumer finance.

What are the measures being taken by NBFCs and banks to serve the unbanked?

Alternative consumer data has been the gamechanger.  Even in the absence of credit histories, Fintech companies are working with external data sets (utility bill payments), mobile-based data (usage insights) and income sources to determine creditworthiness and repayment risk factors about existing and future customers from the NTC and the unbanked sector.

Most financial institutions are providing credit to the unbanked population via smartphone apps. Consumers can apply for a credit line/personal loans with a few taps on their phone – online KYC and minimal documentation make the process quick and hassle-free. Speed, convenience and security work in favour of banks and NBFCs lending via smartphone apps.

Beyond credit eligibility, these holistic consumer insights help the BFSI sector to offer an array of customised products and awareness programs to bring the unbanked into the fold of structured finance and lending. Future-focused banks and fintech startups are getting a 360-degree view into the prospective financial needs of existing and future customers and lending to potential customers based in Tier 3 or Tier4 cities. A smartphone and stable internet are all that their customers need to access credit.

Joint lending by banks and non-banking financial companies has been a boon for consumer lending – customers are now able to get credit facilities at much cheaper rates. The shared risk between the lenders as well as the integration of technology and operations is helping the fintechs reach and serve customers in a better way than the conventional lending method by allowing them to provide flexible, small-ticket loans at affordable interest rates.

With access to mobile banking and smart tech, alternative data is poised to transform lending to the unbanked sector.  The BFSI space is only scratching the surface of customer-centricity and stronger financial inclusion models with all the data sets that are now available to them. 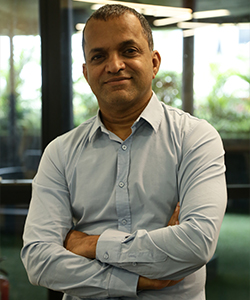 Bala was one of the co-founders of Angelprime (now Prime Venture Partners), a seed-stage fund based in Bangalore. From 2011 – 2016 he was deeply involved in companies such as ZipDial (acquired by Twitter), Ezetap, SmartOwner, Vidgyor, Happay, HackerEarth, Synup, Healthify.me, Quizziz and more. Bala has built three companies, one of them being Snapfish, bought by Hewlett Packard in 2005. As General Manager and MD for Snapfish International, he led its growth into becoming the world’s largest online photo site with 100M+ users, and expansion into 20+ countries in Europe and the Asia Pacific.

In his early days, he was a co-founder of iSelect and then Wyatt River Software that was acquired by SafeNet and started his career as one of the early engineers who built Digital Link, which went public in 1993. He has also worked with Mr Nandan Nilekani, Chairman, UIDAI, and played a key role in defining the application strategy and developer ecosystem on Aadhaar from 2010- 2011.

His insatiable appetite to see the world has taken him on personal adventures across 80 countries in the world and driven him to acquire fluent spoken Spanish and French and a surprisingly effective grasp of German, Portuguese and Italian. He has climbed the Kilimanjaro, trekked the Andes, Alps and the Himalayas, motor-biked across the African continent, up the highest motor able road in the world at Leh, ridden boats, camels and ramshackle trains – in the quest for experiencing those indescribable moments which have made him what he is. He shares his love for the world and adventure with his wife, Dana and their three kids.

In 2006, he was recognised by the University of California, Santa Cruz with its highest honour for alumni as a “Distinguished Alumnus”. He obtained his bachelor’s degree from Indian Institute of Technology, Madras.

Technologies for Cardiovascular Disease: A 2023 Appraisal
Seeing Strategically
10 Recommendations On How To Negotiate Outsourcing IT Contracts
Shopping in the Age of ChatGPT: How the New AI Rage is Revolutionizing Retail Experiences and Consumer Goods Manufacturing
Reinterpreting the Importance of Architecture
Role of Technology in Reshaping the Future of Logistics
CONTACT US