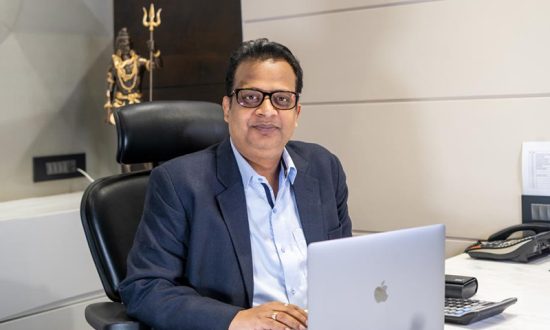 Santosh Sarraf is a Serial entrepreneur and an Angel Investor, with his expertise lying in the role of digital strategist, marketing & technology geek. Over the last 25 years, he has built multiple digital innovative ventures from scratch. He also plays a consulting role with multiple enterprises on their integrated digital strategies to help them innovate and drive higher ROI. He co-founded WeVouch which connects consumers with brands on a single-window platform to manage warranties and repairs for all products owned by them.

The Increase in the Use of Technological Devices

As the world is going digital and the penetration of the internet has gone up, so has the use of technology in our everyday lives. These technologies enable us to be more productive, increase our efficiency and let us do things quicker. The wide variety of technologies available today is also available at a very affordable price.

For many years, consumer tech in India was limited to phones, laptops, and other electronic goods. But now things have changed. Technology has changed our lives and made our lives better by solving problems. We interact with technological products every day.

An average consumer tech company has to cater to the varied needs of its potential customers, who are spread across different age groups and based in India. In case you are wondering how this article will give you some insights.

The Indian population is displaying the fastest growing trends in Consumer Technology. India is a consumption-driven economy and the second-largest one in the world – companies nationwide are making their way to India. There are a lot of new tech and solutions that are developed to meet the needs of the Indian population.

Covid is the driving factor behind the rise of consumer technology

In the previous decade – the last two years, the consumer tech market has risen with advancements. The industry has shaped and continues to influence how society, corporations, and individuals use and understand technology. Consumer expectations and how people relate to digital products, particularly smart gadgets, have altered dramatically since the post-lockdown period.

The Covid-19 pandemic has been recognized by the industry as speeding up the use of wearable gadgets. The epidemic increased the use of consumer gadgets. This encourages consumers to adopt a digital lifestyle and to expect customized products and services on a sustainable basis.

During the epidemic, individuals were forced to rely on technology to eat, communicate with loved ones, and even seek medical advice. This increased people’s reliance on electronic devices, putting more pressure on them to last longer. It also needs post-purchase servicing.

In India, After-Sales Service is a Long-Term Market

Customer retention hinges on good after-sales support, with about 77% of Indian customers reporting that if they have a terrible experience, they will not make a repeat purchase or continue to use a company’s services. About 2.4 billion devices are in India. Most businesses spend almost equal to, or at least two-thirds of, what they would spend on marketing on after-sales support to satisfy their warranty responsibilities. It amounts to about $4 billion in India alone and more than $40 billion globally.

Over time, after-sales service proves to be the crucial element in gaining ‘Customer Trust’ for most organizations. Most consumers nowadays are uncertain about the service and want ‘always on’ support or help at their fingertips throughout the use life-cycle, not only during a breakdown period. Youngsters are generally tech-savvy and anxious, always hunting for quick, convenient, and dependable solutions. For them, the price is no longer considered a good deal in exchange for a bad experience.

The following some of the listed below consumer market investments and advances in India, it is imperative to state that the future of consumer tech and after-sales service is a huge an undeniable prospect. For example:

Blue Star Climatech has announced intentions to invest $73.45 million in a new manufacturing plant in Sri City, Andhra Pradesh’s Chittoor district, over the next three years.

Westinghouse Electric Corporation has entered the Indian market with a series of television sets.

Philips has announced plans to spend $40.41 million in India and hire 1,500 Indians. To strengthen production in India, the corporation announced intentions to expand its Pune operations.

Godrej & Boyce has announced its debut into the dishwashing business, to capture 15% of the market by FY22.

The TCL Group has announced that it would begin producing phones and television display panels in Andhra Pradesh.

Godrej Appliances has announced a $13.6 million investment across two of its manufacturing plants to increase its air-conditioning production capacity to 800,000 units by 2025.

Super Plastronics has announced a $ 40.26 million investment to expand its IoT capabilities and capitalize on new prospects in the smart home device market.

Panasonic India has said that by 2024, it intends to treble its home air-conditioning business.

Lava Mobiles, an Indian smartphone brand, has created the world’s first customizable smartphone, allowing consumers to choose their materials from the firm’s site.

All these and many more are the investment going into the market.

Many new digital consumer brands have emerged, and these are here to stay, due to Covid. A lot of these consumer tech businesses are likely to go public soon.

Technology has progressed over time, allowing for the creation of goods that are thousands of times more competent than their predecessors while also allowing form factors to shrink and prices to fall, resulting in a technological revolution that has the potential to change our world. Computers used to be a luxury item, requiring an entire room to hold only a few gigabytes.

The Indian after-sales sector is currently mostly unstructured, and a considerable portion of consumer demands are met by local servicemen. This is rapidly changing, as several entrepreneurs have entered the market and begun to offer very profitable and dependable services employing cutting-edge technology at an accessible price.

Despite significant advancements in the areas of features and utilities in electronic devices, users continue to have the same worries.

As technical capabilities develop and new goods are brought out, the consumer tech sector benefits from a cycle of continual growth, allowing costs of current and historical generations of hardware and software to decline. Improvements in production efficiency, automation, fluctuating labor costs, and the ongoing advancement of semiconductor design, which the consumer tech/electronics sector strongly relies on, are all driving this trend.

Technologies for Cardiovascular Disease: A 2023 Appraisal
Seeing Strategically
10 Recommendations On How To Negotiate Outsourcing IT Contracts
Shopping in the Age of ChatGPT: How the New AI Rage is Revolutionizing Retail Experiences and Consumer Goods Manufacturing
Growing Competition in the Start-up Market, is PR the Key?
Role of Travel Companies in 2022: Customized Packages to Covid Safety, How They Make Trips More Fun
CONTACT US