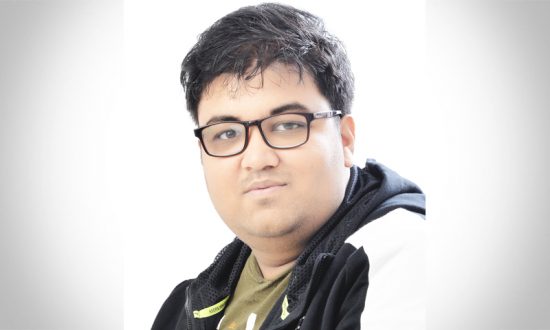 Sumit Agarwal, Founder at Solruf India Private Limited. He has completed his BTech in Electrical engineering from IIT Kharagpur.

India’s renewable energy sector is the fourth most striking renewable energy market in the world. In India, the deployment of renewable energy is discussed in correlation with advances in economic expansion, perking up energy security, improvement in access to energy, and mitigate climate transformation. It has been widely accepted that renewable energy-based technologies & sources will drastically meet the increasing and flexible global energy demand, yet play a fundamental role in reducing carbon emissions.

Since 2010, Indian government has been promoting building sustainable infrastructure for scalable electricity generation starting with the Jawaharlal Nehru National Solar Mission (JNNSM) to promote solar power in India. Renewable energy is scalable to manage the entire country’s energy needs as it has less impact on the environment compared to fossil fuels and is net low cost in the long run. To achieve such transformation, numerous awareness campaigns and economic incentives have been initiated, promoted among residential, corporate and industrial sectors to increase adoption of solar, wind, biomass, & hydropower energy generation capabilities.

The Government of India (GoI) has a target to achieve 175 GW of renewable energy by the year 2022. The ambitious target of generating 175 GW of renewable energy consists of 100 GW from solar energy, 10 GW from bio-power, 60 GW from wind power, and 5 GW from small hydropower plants. And, to meet this goal, Indian Government has been providing incentives in the form of subsidies, tax benefits to create new manufacturing opportunities to improve commercial production and innovative development of renewable energy and complementary products such as solar products, electrical vehicles, biomass pellets processors, etc.. With these initiatives and support, the Indian renewable energy sector has become lucrative from an investors perspective. Investors have assured to attain over 270 GW, which is considerably above the determined targets. The latest survey shows that by the year 2047, the solar potential will be more than 750 GW and wind potential would be 410 GW.

Since India looks to fulfill its net annual energy demand on its own, which is expected to reach 15,820 Terawatt-Hour (“TwH”) by 2040, renewable energy is set to play a significant role. The Indian Government also has plans to set up a renewable energy capacity of 523 GW (including 73 GW from Hydro) by the year 2030.

But, to foresee the future scenario of the renewable energy sector in India, firstly, we need to refer to the current developments in the renewable energy sector in India. India can still be considered as a primitive, when it comes to electricity transmission and distribution, which is nearly thirteen percent of the Indian population don’t have access to grid-connected electricity to date. 49% of this population are in the agricultural sector. Since agriculture is mainly dependent on electricity for water access, using renewable energy in agriculture will be the first step in economic advancement and energy fulfillment.

At present, renewable electricity including hydro-electric power, solar power, and wind energy, constitutes thirty seven percent of the total electric generation capacity in India. Solar energy is seen as one of the most promising sources of energy for generating electricity and is considered better than wind energy as the Sunlight footprint is regular and steady across Earth. Whereas wind energy relies on wind availability and has adverse impacts on wildlife since wind turbines also pose a huge threat to the lives of birds. Solar was predominantly used as a tool for rural electrification and comparatively this sustainable energy source has a low environmental impact.

Another form of energy i.e. Hydroelectric power energy, also known as ‘Hydropower’ or ‘Hydroelectricity’, harnesses the power of water in motion to generate electricity. However installation of hydroelectric reservoirs in some extremely delicate ecosystems has a severe environmental impact, as it destroys the forest, wildlife habitats, agricultural land increasing greenhouse emissions. In fact, depending heavily on hydroelectric power may also alter the water temperature as well as the river’s flow. Hence, to transform a renewable energy-based world, a proficient alliance of solar, wind, and hydroelectric energy sources is requisite.

The Government has already started working on various large-scale sustainable power projects and encouraging green energy profoundly. It can be witnessed that there is a boost in energy adoption across the country along with a ramp-up in the solar modules manufacturing segment.

The Government also provides subsidies on solar products installations like 40% subsidy on-grid Photovoltaic system installation, solar water pump installations have been subsidised to 90%-95% to uphold improved irrigation and water supply in agriculture. Apart from this, there are plentiful technological advancements in solar modules like ‘Perovskite cells’ which are made from ‘lab ingrown crystals’ contrary to ‘silicon wafers’.

In a nutshell, use of fossil fuels release billions of tonnes of carbon dioxide (CO2) and are the biggest driver of climate change, as over 80% of the world’s energy is produced by burning coal, oil and gas. And, if we keep burning fossil fuels this rapidly, it is estimated that all fossil fuels will be depleted by 2060. For this reason, renewable energy plays a crucial role here, as energy generated from natural resources like wind, solar, running water is increasingly cheaper than fossil fuels and can provide millions of greener jobs.

Technologies for Cardiovascular Disease: A 2023 Appraisal
Seeing Strategically
10 Recommendations On How To Negotiate Outsourcing IT Contracts
Shopping in the Age of ChatGPT: How the New AI Rage is Revolutionizing Retail Experiences and Consumer Goods Manufacturing
How are Travel and Hospitality Solution Providers using Blockchain Technology?
Acceleration of Financial Inclusion for Economic Development
CONTACT US