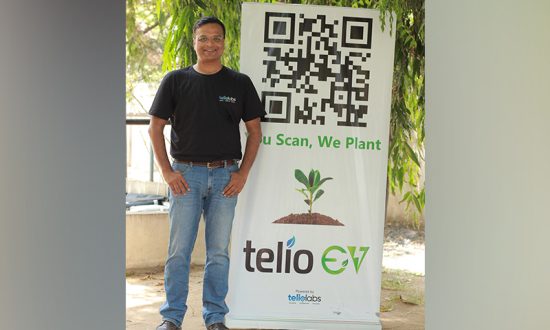 Amit Singh is a Founder of TelioEV. TelioEV is an Electric Vehicles (EV) charging network provider.. Amit Singh is a B.Tech from KIET Ghaziabad and his motto is Technology for sustainability.

Depleting resources and growing pollution levels, combined with catastrophic climate change, have had a significant impact on our planet. Scientists, activists, and ordinary people emphasize the need to maintain a green environment and safeguard our planet.

Air pollution caused by pollutants from vehicles accounts for 27% of the total pollution sources. This extent of air pollution is why nearly 2 million premature Indians die every year.

At this critical moment in the global effort to free Mother Earth from the grip of carbon emissions, or CO2, India has embarked on a massive project to electrify its entire transportation infrastructure. This policy adjustment would help India meet its climate change commitments while creating jobs in the EV manufacturing industry.

Any country must have appropriate energy security in a sustainable and scalable manner to become a worldwide economic and green power in the modern world.

The transport sector is responsible for burning most of the world’s petroleum/diesel or any other fossil fuel. This makes vehicles running on roads major sources of global greenhouse gasses emitted as drastic amounts of nitrogen oxides, carbon monoxide, and particulate matter.

Researchers from Cambridge, Exeter, and Nijmegen in the Netherlands discovered that driving an electric car is healthier for the environment in 95 percent of the world.

How are Electric Vehicles Greener Alternatives for ICE vehicles?

EVs use rechargeable batteries to power electric motors. At the same time, conventional automobiles use gasoline or diesel engines to power them. These fossil fuels are limited and would take hundreds of years to replenish. Also, traditional vehicle usage accounts for greater than 10% of the world’s greenhouse gas emissions.

India currently is importing more than 80% of its crude oil demand, making the supply chain vulnerable to disruptions and international meddling. We will be able to eliminate our reliance on oil for mobility, enhance the system, and enable more renewable energy generation through secure and stable power grid operations, thanks to electric vehicles.

The government of India’s primary and greatest goal is to convert 30 percent of new vehicle sales to electric vehicles by 2030, lowering carbon emissions by a billion tonnes and attaining a total net zero by 2070. Such global goals to reverse climate change are the foundation for a greener future.

According to the European Energy Agency research, carbon emissions produced while energy generation of an electric automobile is roughly 17–30% lower than driving a petrol or diesel car.

Electric vehicles’ ultimate promise is a cleaner environment. But this greener future will remain unachievable for many years if investments continue to be in non-renewable energy sources like coal.

For instance, solar panels built on the charging station’s premises can be used to charge the batteries, allowing EVs to be captured without adding to the grid’s load.

It has been practically proved that electric cars have resulted in a 20% reduction in greenhouse gas emissions in coal-dependent countries like China. Clean energy (renewable energy) sources allow EVs to be even greener.

Vehicle electrification is unquestionably a critical component of the net-zero equation. While it is beneficial to promote electric vehicles, we will need to electrify the entire transportation sector to make a significant effect. However, to ensure that EVs can be used to achieve carbon neutrality, governments will need to address some of the sector’s remaining difficulties, such as mining and battery disposal restrictions.

Several governments have made the transition to electric vehicles a top priority to meet their climate targets. So far, 17 countries have declared zero-emission car objectives to phase out internal combustion engines by 2050.

Let’s take a little step toward sustainable transportation and a greener planet with e-mobility.