Technology Transforming and Reshaping the Future of Make in India Products 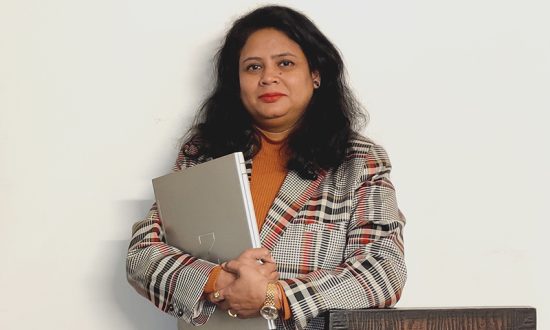 Seema Bhatnagar is the Regional Business Director (South Asia) at Nexstgo Company Limited. At the front-running laptops’ and IoT products’ brand, she spearheads the sales targets and policies, new investments, product launches, acquisitions, and restructuring. As an adept professional with numerous areas of expertise, Seema also manages client relationships, identifies emerging market trends, develops new partnerships, and looks after the sales and marketing strategies. With close to 25 years of experience, Seema’s career is replete with several milestones and achievements. In 1.5 years, she helped launch new products and set up the brand and dealer network across India for Nexstgo. She also revived the plummeting operations division from bankruptcy and turned it around into a success story in Phillips Display and AOC TV.

The Indian market is one of the fastest-growing markets in the world and considering the fact that we have a population of over 1.3 billion people, it doesn’t come as a surprise. Increased urbanisation and a rise in purchasing power among people are expected to spur unparalleled demand in the country for finished goods. Due to its immense size, growth rate, and potential, the Indian market is increasingly becoming one of the most attractive destinations for international businesses and investors. The same has been visible with almost $339.55 billion worth of FDI (foreign direct investment) flowing into the country in the last 5 years.

As India continues on this growth trajectory, it’s become crucial to identify sectors that can further boost the economy and adapt to the changing times. This is why the government is focusing a lot of its attention on the booming tech industry in India as it is a major contributor to India’s rapid economic development and transformation. We are slowly showing signs of global dominance with a substantial increase in domestic manufacturing and the rise of unicorn startups, which have recently crossed the 100 mark. These fast-growing startups are disrupting traditional industries such as retail, healthcare and transportation by using data analytics along with innovative business models.

Going forward it will be crucial for both established companies and startups to adapt and continue investing in new technology in order to survive challenges, be it in the form of competition or market disruptions. The need for digital adoption has become even more prominent after the covid crisis, which affected businesses across verticals. Industries like healthcare and pharmaceuticals, BFSI, e-commerce and retail and manufacturing have been increasingly adopting emerging technologies like AI, ML, blockchain, digital assistants, IoT, and digital twins among others to lead the charge towards market revival and growth. Industries that are able to focus on digital transformation through the implementation of cutting-edge technologies will become the game-changers in their respective sectors and be well-prepared to deal with future shocks.

The fourth industrial revolution or Industry 4.0 as its commonly referred to, is also gaining steam due to rapid improvements made in the cyber-computing capabilities in the last few decades. The gap between the virtual and the real world has been narrowed thanks to advanced technologies like Artificial Intelligence (AI), the Internet of Things (IoT) and others, which have created an interoperable platform between Information Technology (IT) and actual physical operations. Industry 4.0 is already influencing sectors like manufacturing, supply chain management, construction, shipping etc. and soon it might also impact aspects of our day-to-day lives. It is truly being considered a disruptive technology and has fast-forwarded Indian industries by almost 10 years. On top of it, the Indian government has been implementing various policy schemes such ‘Atma Nirbhar Bharat’, ‘Make in India’ and the ‘PLI’ initiative among others specifically targeted at smart manufacturing. These schemes have done wonders and are expected to support Indian industries in the time to come.

These government measures are helping India climb to the top of the global electronics supply chain. For instance, the PLI (Production Linked Incentive) scheme, which came into effect last year with the aim of incentivising manufacturing, is estimated to attract a CAPEX of approximately ₹4 trillion in the next five years and has the potential to generate employment for over 3 million people in India. In the electronics manufacturing segment alone, the government has pumped nearly Rs 2.3 lakh crore under this program and as a result, many homegrown electronics companies are expanding their IT hardware manufacturing capacity with factories being set up for manufacturing laptops, and tablets, personal computers and all-in-one servers among other things. Furthermore, the sector is expected to see a 30 per cent growth in the next fiscal with a market capitalisation of nearly Rs 7 lakh crore.

The government’s idea behind the highly discussed production linked incentive scheme has been rather simple. These schemes are primarily implemented to boost the production of a certain category of goods whose demand in the market is not great but is expected to increase substantially once production reaches mass scale and the prices for the finished goods go down. PLIs are essentially rolled out as incentives for manufacturing companies in order to boost production. These could be in the form of tax rebates, import and export duty concessions, or maybe easier land-acquisition terms. Generally, the benefits of a PLI scheme are passed on to the final consumers of the goods in terms of lower prices. It is an old and popular tool and has been used by governments across the world to spur the production of goods that are necessary for either social, tax, or employment-generation reasons.

How Rural India Holds the Key to FinTech Success
How AI is Revolutionizing the Healthcare Industry
The Evolution of True Wireless Stereo and How it is Changing the World
Reimagining Healthcare: How Predictive Analysis can lead the way to a Healthy India
ENTOD Pharmaceuticals Partnered with AIOS for the All India Ophthalmological Conference (AIOC) 2022
Greener Planet Tomorrow With Electric Vehicles
CONTACT US