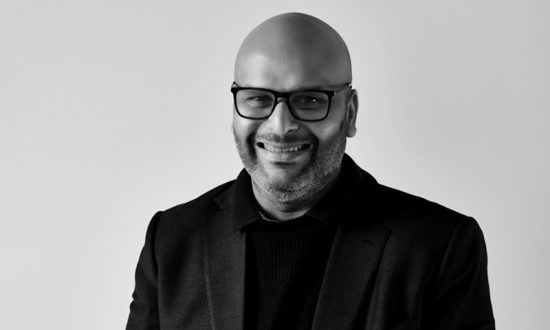 A philosopher, a reader, a traveler, and a lifelong learner, Gautam Gupta co- owner of the label Asha Gautam and the founder of GG by Asha Gautam is an inspired soul, unafraid to take the leap onto bolder avenues. It’s not surprising considering that he grew up with the famed sights and sounds of Chandni Chowk, with all of Old Delhi’s lanes, brimming with history’s tales. These spectacular sights mingled with the influence of his mother and her keen eye for fashion, as well as her unique designs that were often up cycled pieces of beauty, created not just for herself, but for the entire family. His own design philosophy took root alongside his mother’s, all the while he grew with an affinity for nature and its cause as a result of his father, who’d take him all across the country to soak in the wonders that mother earth had to offer.

There is no denying that fashion is one of the biggest contributors to pollution and this needs some serious attention. There are innumerable conferences, seminars, and discussions on how to make the fashion industry responsible not only in terms of the processes of making clothes but also in the way it operates. The list is so long that we even feel guilty as a consumer if you buy from few brands.

Yes, with many fold problems there are also solutions which are emerging which need to be amplified, practiced and implemented at a larger basis. The first such action is to slow the process of fashion and use natural fibres and lot of brands have started mentioning the material used in the making. Such transparency in making consumer aware and the ones who believe in responsible consumption do buy from such brands only. Ethical fashion has been a strong voice in leather and fur related products which not used faux leather to create designs. Such transitions are not easy for established brands but then they are following the suit. Recycling and upcycling is another buzz word in terms of responsible fashion and so many brands are even selling things which are made using recycling methods. In India especially lot of old heirloom pieces are recycled and upcycled and now consumers are sharing this openly as compared to earlier times when it was hidden due to social stigma. One of my favorite is extracting the resources from the waste and many such innovations are happening not only from textile waste but also agro waste.

There are companies who use all kind of textile waste and redevelop them into lucrative textiles and similarly textiles are developed from fibers of banana, bamboo, aloe vera, soya, coffee beans, and many more leftover plants. Many of them have already been quite viable in the fashion space and some brands only sell designs made from these textiles. Technology has been a big disruptor/ innovator in so many industries and even in fashion it has brought lot of positive changes such as video calls/ Whatsapp for business/ e-commerce and social media marketing avenues such as Facebook and Instagram. One can see lot of reverse migration happening and today more artisans are working closer to home which not only help in emotional fulfillment but also less carbon footprints. With video calls one can see the progress of designs and work from a distance and one saves time. Even selling digitally has become easy and today there are lot of startups have been part of the fashion ecosystem thanks to technology. It has democratized fashion as now the designs speak for themselves and one is not heavily dependent on offline exhibitions and forums where big players used to dominate. Where will the next league of artisans come from and this also bring another social important challenge of gender balances in fashion. There are lots more social initiatives taken by some brands and also societies whose efforts need to be appreciated. They are working tirelessly to train women lot of different craft related activity right from tailoring to weavings to embroideries which not only gives them work but increases family household income. Yes, pay structure needs more attention but I am sure with time the real craft of India will be taken care of by women.

Lots of ignored sections of society are today becoming part of mainstream fashion which will change the perception of how they are perceived and liberate them with untruly social norms. That smile on their faces is so infectious and shows the progressiveness that is possible with more such initiatives. Glorifying and celebrating them at all avenues possible will further create a ripple effect not only in words per say but also in consumption patterns.

One more element which is not very much achieved but needs to be strategized is to use solar electricity for factories and industries at least by bugger brands as some of them own the land and investing in it is easier for them. As a country, we need more labor-intensive businesses and fashion can build that at a global level as we don’t have many brands representing India.  I see this as a very big opportunity to design for the world with our skills, artisans, and forecast but at the same time make the artisans part of that story. As a country, we manufacture for many iconic brands but it is time we create more indigenous brands which can take the global stage in fashion. One such encouragement is that lot more investment is seen in some designer brands which can further make it look like a proper industry.

Making fashion responsible is an all-time challenge with consumerism and influential marketing but there are ways to make it less and less painstaking for mother earth. A lot more can be done especially by using renewable energy, glorifying artisans as co-creator, application of greener technology in production processes, thinking of circular designing, use of more biodegradable materials and the list goes on. I firmly believe that more discussion needs to do on all platforms so that from producer to consumer all make efforts. Corporate governance should not be a model only for big corporate but even MSMEs as India and even the world of tomorrow will get largely affected in the way they think and take actions.

Helping Organizations Achieve Exponential Growth with the Right Set of Enterprise Solutions
International Education within the Indian Context: The Advantage of a Holistic Approach
Sparking Engaging Conversations with Industry Leaders to Create Value for the Supply Chain Community
How Mentorship Can Help Women with Office Politics
Sustainable Future Begins Today
Technology Transforming and Reshaping the Future of Make in India Products
CONTACT US