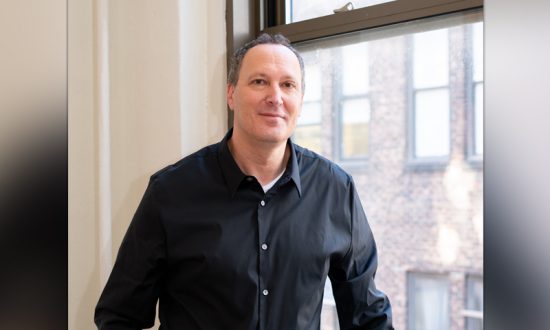 Marc is a visionary and began the ChekMarc journey with a vision for a free, positive and uplifting community where people could connect and drive change.Prior to founding ChekMarc, Marc was a Partner at Deloitte where he held several executive roles, including P&L responsibility for a large business, Chief Strategy and Transformation Officer for one of the four business areas of Deloitte, and was a member of one the firm’s Board subcommittees. Over the course of his career at Deloitte and before, Marc has a track record of leading, growing and transforming businesses.

We live in an era where online socializing has become the new trend. Communications have become instant. With the rising prominence of online channels including social media, networking platforms, and much more, the pace of online interaction has been quicker in adoption and acceptance.

Social media usage has grown significantly over the years. This happened more so when the pandemic forced us to practice social distancing norms. According to Hellosoda, the beginning of 2021 recorded 4.2 billion global active social media users (more than half of the global population) with the average social media user owning 8.3 accounts on different social media platforms. As reported by Data Reportal, 490 million people started to use social media at the global level as recorded during January 2021. This implies that there was an annual growth of more than 13% with 15 ½ new users being a part of the social media every second on an average. This report further depicts that 9 in 10 internet users use social media actively and that communications via social platforms have been witnessing a remarkable growth globally.

As much as people enjoy these new-age communications, this uptick has led to safety and security concerns as well. The rise in social media usage has rapidly increased the amount of negativity that people experience in the online space. Consequently, when they log on to their social media accounts, they often have negative encounters in the form of negative comments, posts, bullying, and much more. These factors have led social networking platforms to incorporate identity verification as an integral element of their strategy. It is one of the small changes that can make a big impact in making online interactions more positive once again.

Social media offers ease of sharing content and engaging posts in abundance. But on the other hand, online negativity has also increased exponentially in the social space. People of all age groups, gender, social background, mindsets, stature often have to face online abuse and harassment.

In the absence of identity verification, trolls have the liberty to behave the way they want to and talk the way they want to without the fear of being tracked down or being caught. Hence, they indulge in such unjust acts knowing that there would be no consequences for their misbehavior. This is where identity verification steps in as the ideal solution and helps in fighting negativity in the online space.

Verification of identity fosters positivity in the social space. It also provides relief to the members as they know that they are interacting with genuine people and the communications happening are real and not under masked identities. They have the satisfaction that the community is a safe and secure zone; that the conversations happening are genuine and the bonds developed are real. It is an integral part of a social networking platform because when no one will be able to ‘hide behind a screen’ or fake identities, the anonymous bullying and online negativity would eventually reduce.

In the present times’ digital-driven world, using technology is one of the cost-effective and efficient solutions for identity verification. Amongst the plethora of new-age technologies that are available, data analytics helps detect frauds and fake identities. It helps streamline the identity verification process and makes it all the more smooth and efficient. This tool helps scout for fake identities amongst the bulk data floating in the social space. Data analytics also helps in the real-time search of frauds and enables communities to take prompt actions. When combined with Artificial Intelligence, the success rate of the identity verification process increases all the more thereby making the process quick, efficient and effective.

With the surge in online communication, online negativity also rises. However, in practicality, social interactions should be positive and rewarding and the platforms should be safe and secure zones so as to connect freely and openly. While connecting people across the globe at one place, the community should be based on trust, collaboration, positivity, and togetherness. However, safeguards in the form of identity verification are important to preserve the safety and security of the people as well as their connections.

Identity verification driven by data analytics is one of the ways to protect the positivity of online interactions and render the communities the much-needed positive attribute. By verifying that a community member is real and including their real name in their profile, they are more likely to be thoughtful, respectful, and impactful in their communications. They would prefer to indulge in meaningful conversations and fruitful associations instead of hiding behind a screen. It is through these small initiatives, including identity verification backed by data analytics that online interactions and social bonds can once again become positive, supportive, and beneficial!

Why Do I Still Rely on Talented Individuals Rather Than ChatGPT?
The Benefits of Artificial Intelligence for your Business
What’s Your Value in 2023?
Transforming the Executive Search Industry & Making an Impact
Why the Media and Entertainment Industry Needs Intelligent Enterprises
The Relevance of Customer Relationship Management in Today’s Time through Call Management
CONTACT US