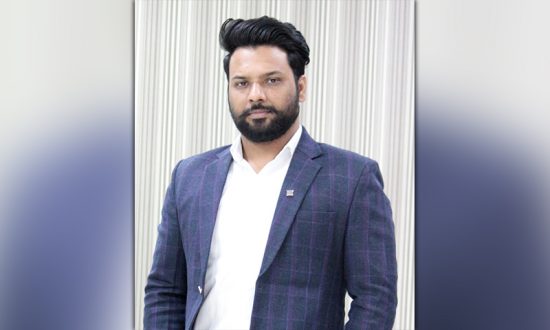 When India first decided to impose a nationwide lockdown in March 2020 to curb the outbreak of pandemic Covid-19, there was a certain wave of economic pessimism. The common feeling was that India’s growth story, which has attracted foreign investors over the last decade or so, may come to a screeching halt. As we close 2020 with the hope of an effective and safe vaccine against the deadly virus, there is much more to cheer on the economic front. The numbers suggest that nation has leveraged pandemic as an opportunity to introduce several structural reforms across sectors. These reforms have created a ripple effect around the world and furthered strengthened India’s prospects as an attractive destination for long term business investment.

The testimony of India’s rise as an investment destination is that the country has jumped 14 positions to be ranked 63rd among 190 countries in the World Bank’s ease of doing business 2020 survey. To put this into perspective, China’s ranking (most comparable emerging economy in the region) in the same survey slipped 7 places to reach 85. Moreover, in the July-September quarter, foreign direct investment (FDI) inflow grew by about 100% year-on-year basis to touch US$28.1 billion. Such growth during the pandemic struck time period is due to a combined and coordinated effort of the government, regulators, and implementation agencies to make investment and business operations easy in the country.

The foundation of this coordinated effort was not laid in a day. As they say- it takes a village to raise a child, it is the multipronged good governance that laid a good business ecosystem in the country. Typically, large businesses rely on local infrastructure, simplified taxation and other norms, a promising market, and easy access to resources. Thus, some of the groundbreaking interventions by the government were the National Infrastructure Pipeline, a Rs 13 trillion project that opens up avenues for infrastructure investment for global investors. This project is not only a great investment opportunity for foreign investors but also creates built world class infrastructure in the country, which will further attract global businesses to set up their base here. Some other big-ticket policy measures by the government including permitting NRIs to acquire up to 100% stake in Air India, 26% FDI in digital sector, 100% FDI through automatic route in the coal mining sector, and 100% FDI for insurance intermediaries. This shows the government’s keenness to invite foreign investors to play their part in India’s growth story.

In a time when India’s manufacturing sector reeled under pressure due to supply chain and demand disruptions caused by Covid-19, the government announced Production Linked Incentive (PLI) scheme worth an estimated Rs 1.5 lakh crore to boost demand and help the sector. The scheme also boosts the spirit of entrepreneurship and investments in the country. Even more, the vision to skill-train 3 lakh migrant workers will also help the country have a job ready workforce, a much-required element for secondary and tertiary sector investments.

The policy interventions listed above are merely some glimpse of how the government is laying a strong foundation for India as a competent global investment destination. The urgency the Indian government has shown to reduce dependency on Chinese imports, while providing a enabling alternative environment, has worked very well for global manufacturing and trading majors to move their base to India. It is merely a matter of time when India topples China and other emerging nations to be the top investment destination in Asia and around the world.

What's driving the Indian Start-up Ecosystem to Such Highs
How Real Estate in India is Performing in 2021: Still a Better Investment?
The Must Remember Financial Options for Savings & Investments in 2021
What Digital Platforms Should Offer to Distributors and Investors Going Forward
Trends which will Define the Year 2021 for Programmatic Advertising
Transforming Technology: How AI is Reforming the Construction Industry?
CONTACT US