What’s driving the Indian Start-up Ecosystem to Such Highs 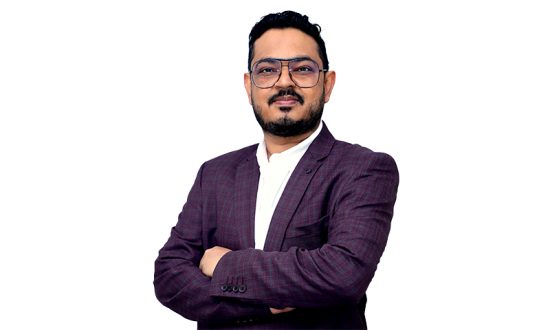 Andesh Bhatti is an Angel Investor facilitating and enabling the future of a technology driven world. A former IT and Data Services strategist, Andesh is an angel investor helping develop early-stage tech start-ups. Devoted to facilitate automation in business processes and marketing initiatives, he strives to change the face of customer experience. His endeavour is to convey this crucial relevance to new start-ups, systematizing customer acquisition, which is their biggest hurdle. An expert in product development and passionate about technology, Andesh aspires to enable game altering ideas and unique, multifaceted, comprehensive solutions to problems globally.

More than $67 billion has been invested in Indian businesses in just the last three years, making it the third largest startup ecosystem in the world with 61,400 start-ups recorded as of January, 85 of which are unicorns. The numbers leave no doubt that India’s startup ecosystem has grown significantly.

Seed, angel, venture capital, and private equity investments, as well as actual, hands-on support from incubators and accelerators, have all contributed to this success. The economic growth of the country is currently being turbocharged by its flourishing startups. In fact, 50% of the country’s GDP comes from unicorns in the services sector alone.

All this is well and good. But to maintain the growth trajectory as well as to understand the sturdiness of this boom, we need to evaluate the drivers behind such unprecedented highs.

The inflection point in the Indian startup ecosystem came way back in 2014-2015 when, within two years, six unicorns emerged in the country. In the shadow of these unicorns, motivated by the promise of more growth, in 2016, the government found a golden opportunity to launch its flagship Startup India project which, since then, has been providing the necessary ICT infrastructure and policy support to back entrepreneurs and move towards making India a knowledge and digital economy.

These efforts have been replicated further by enhancing e-governance, investments, and technology innovation through research and higher education. While these were kick starters, there’s more than a single reason that the Indian startup environment has grown so significantly over the last few years. These include:

What the future holds

By leveraging its strengths in human capital and ICT services and transitioning to a digital and knowledge-based economy, India is rapidly becoming a hotbed for innovation and startups. It is now ranked 20th among the top 100 nations in Startup Blink’s Global Startup Ecosystem Index 2021, owing to its ability to fully leverage innovation and research, as well education, skills and talent, to generate, exchange, and apply information in order to thrive.

This is exciting, but it is not without flaws. Despite their achievements thus far, India’s start-up ecosystems face numerous hurdles, including:

In order to branch out outside already overcrowded industries like e-commerce, FinTech, education technology, and mobility and to make up for the decline of labor- and capital-intensive manufacturing, India must change to a knowledge-based economic growth paradigm. With so much room for development, startups need greater incubation support now more than ever before.

In the fourth industrial revolution, new technologies such as blockchain and the Internet of Things (IoT), as well as artificial intelligence and machine learning (ML), will be the axis on which new startups must revolve if they are, in fact, to continue to disrupt and innovate. And for that to happen, the necessary support and conditions, such as a culture of research and innovation that places a premium on intellectual property rights and readily available capital and labor markets, are indispensable.

Startups in India must go beyond merely replicating successful global models and instead focus on the local context while developing solutions that address global concerns if they are to overtake or even maintain the highs that they have been witnessing until now.

How Real Estate in India is Performing in 2021: Still a Better Investment?
The Must Remember Financial Options for Savings & Investments in 2021
What Digital Platforms Should Offer to Distributors and Investors Going Forward
Towards the $5 trillion dream – India as Vishwa-Vakeel
5G and Cloud Computing and the Era of Virtual Business Practices
The Challenges in the Regulatory and Policy Framework of SCF in India
CONTACT US