Towards the $5 trillion dream – India as Vishwa-Vakeel 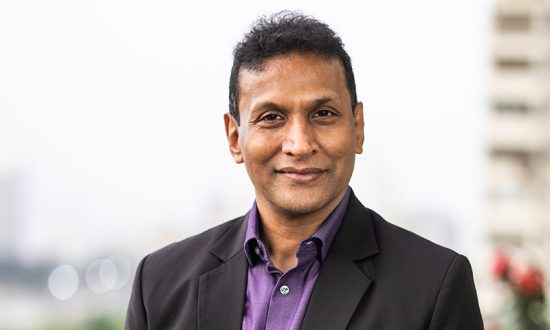 A Chartered Accountant and Company Secretary, Sanjay is a first-generation entrepreneur with an experience of more than 25 years in the field of Project Financing, Loan Syndication, and Investments.

That Indians are argumentative does not require proof – as Amartya Sen wrote, our traditions go back to the times of the Rig Veda. That we love paperwork and bureaucracy is also unnecessary to state – especially when you see the rows and rows of typists, affidavit-makers, notaries, rubber-stamp makers and small-time lawyers touting their services for petty cases outside all our courts. That the two can be combined to meet the legal needs of the world – now that’s a billion-dollar story to be told.

Outsourcing was a buzzword in the late 90s and early 2000s as the global internet revolution was happening. Indeed, ‘Bangalored’ entered the English dictionary as firms from Europe and North America shifted IT services to the Deccan plateau, followed by several IT-enabled services like medical transcription, payroll management, legal documentation and account-keeping. By 2008, for example, 10 out of the top 30 UK-based legal firms had outsourced back-office work to India. Why?

Because the fundamentals are strong, even after COVID-19 shocks. Among Asian countries, India stands out visibly. Firstly, we have a democratic and constitutional political system ruled by law (mostly), based on the politico-legal framework of the English-speaking countries. Several Indian laws, and much of its constitutional law, indeed date from the British Raj, and are similar to the laws in the USA, Canada, Australia, Nigeria, South Africa, Bangladesh, Kenya, New Zealand and of course, the United Kingdom. Second, It has a free judiciary (again, mostly free), with the same adversarial system (i.e. prosecution and defence battling it out between a ‘neutral’ judge) as the Anglophone nations. India also has a long-established and well-renowned corpus of jurisprudence, some of which, like the doctrine of the basic structure of the constitution, are internationally accepted.

Thirdly, with over 1,200 law schools (including 23 prestigious National Law Schools), India churns out between 60 to 70 thousand lawyers a year. While not all will become the next Ram Jethmalani or Nani Palkhivala to make either lots of money or set constitutional precedents, they are still well-educated to staff law firms as paralegals, case historians, solicitors, legal advisors and of course, law professors; and command much smaller salaries than their Western counterparts. Fourthly and finally, India has an evolved corporate climate with better standards of governance than much of its neighbourhood. Indian judges and lawyers are well-regarded in international arbitration tribunals. Honestly, only Singapore and Hong Kong could compete, but the latter is probably out of commission for a few decades, and the former is too small a talent pool.

With such resources, it is unimaginable that India would not be a legal powerhouse. A few hiccups, if sorted, can make growth in this sector unstoppable. Let me outline them herein.

The spin-off of this is that it can also make us the law education hub of the world. With liberal visa policies for students (especially from Commonwealth countries, which have similar legal systems) and moderate fees compared to the West, this will be a good source of foreign exchange, and generate a lot of good karma.

Better connectivity will also enable build resilience against pandemic shocks and enable more work-from-home situations. It will also help Indian lawyers participate in arbitration and international law tribunals, as well as represent foreign clients in foreign courts without having to travel internationally.

Ultimately, the best openings for India to crack (and dominate) this market will be a free and fearless judiciary with transparent proceedings, rule of law that privileges no one, and contracts that can be enforced. With that, I rest my case.

What's driving the Indian Start-up Ecosystem to Such Highs
How Real Estate in India is Performing in 2021: Still a Better Investment?
The Must Remember Financial Options for Savings & Investments in 2021
What Digital Platforms Should Offer to Distributors and Investors Going Forward
Why is Customer Retention the most Rewarding yet Tough Part for Startups?
Top Management Strategies You Can Adopt to Motivate Your Team
CONTACT US