How is AI-Based Innovation Changing the World of Transportation? 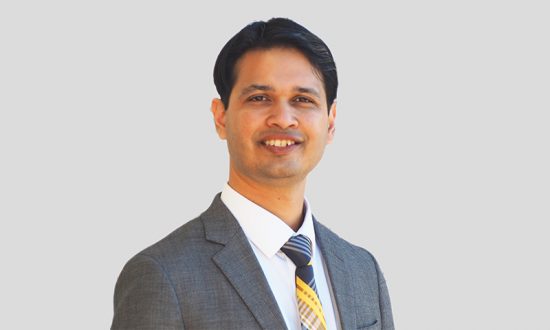 Deepak Syal is the face behind GreyB and is setting a benchmark in the patent and analytics sector. He’s not just the Co-Founder and Director of GreyB but a thought leader in the corporate patent strategy. With more than a decade of experience in consulting, he won clients across the globe including Fortune 500 companies and many SMEs. In his professional achievements, he is accorded with the SBR Management Excellence award and is listed in IAM’s top 300 strategists of the world, Edison Award, and Entrepreneur of the Year in Singapore.

We buy cars so that we can drive wherever we want without depending on anybody else. But, cars are expensive to buy and to maintain, especially for a middle class man, when the builder asks you to buy the parking space for it too. Many of us use Uber or Ola so that we don’t need to spend a lot and can still have the luxury of someone else driving us around wherever we want.

What if your car works to pay for itself?

Yes, these possibilities are no longer science fiction. Artificial intelligence is going to be the future of transportation. And believe me, this future is up-close. We all know that driverless cars are already on the roads in many countries like the USA. The patenting activity in this space shows many interesting things that may come in future. For example, you will be able to enroll your driverless car with a service like Uber and once your car leaves you to the office it would also go to work. It would pick-up its next passenger via Uber and earn money while you are working in the office till 5 PM. Then come back to pick you up and drive you home. While you take a rest and have dinner, it would again go back to pick someone else up and drive him to its location. Imagine your car earning money for you and paying for itself. Visioning a future where the cab you booked arrives at your doorstep without a driver is not easy at this point of time but we are living in an era where we may see all this happening in front of us.

Looking at the patent technologies of the major companies working in this domain here are some of the changes you’ll see in the Automotive industry soon. So what will a driverless car do when it needs repair or its sensors fail?

The patent US9720415B2 by Zoox (an Amazon company) talks about a remote computer that will monitor the entire fleets of driverless cabs and look for such help requests. The AI system in the car will automatically detect the malfunctioning component and guide the car to compensate for it using alternate sensors.

The camera in the front of the car isn’t working? It will ask the car to switch to LIDAR sensor in the front.

And while the car compensates for a malfunctioning camera, the remote computer will find the safest route to the destination and then to the nearest autonomous vehicle service station. So your car will be guided in the same way a human is guided when he is lost.

How will a car handle a drunk driver or a running dog on the road?

Google filed a patent US8660734 in 2010 where it talks about how their car’s AI will use past behaviour data of people, cars, and other moving objects on the road (collected by other cars, satellites, camera, GPS devices, etc.) to predict their ‘next likely move’.

The car will constantly analyze its field of vision (just like the human eye) for objects and analyse them for their speed and direction. It will then match it with past data to figure out what it might do in the next few seconds.

All this is just a glimpse of how AI may make the driverless future a reality. There’s so much more to it than I can fit in here.

For a long time, people thought of AI as just a buzzword. But the truth is you can already see how AI is changing the world around us.

“Of 250 researchers 93% described AI as an industry opportunity and 80% said AI will make a positive impact on the market.” A survey conducted by Qualtrics in early 2018

With AI taking over more and more roads, we might never have to worry about road safety again. Twenty years in, a human driving their vehicle would sound crazy.

Technologies for Cardiovascular Disease: A 2023 Appraisal
Seeing Strategically
10 Recommendations On How To Negotiate Outsourcing IT Contracts
Shopping in the Age of ChatGPT: How the New AI Rage is Revolutionizing Retail Experiences and Consumer Goods Manufacturing
Coping With the Great Return: Has the Pandemic and Remote Working Impacted Employees Mental Health
Why HR Software is a must for Enterprises and Large Companies
CONTACT US