How is Robert Bruski Creating a Revolution in VR Franchising? 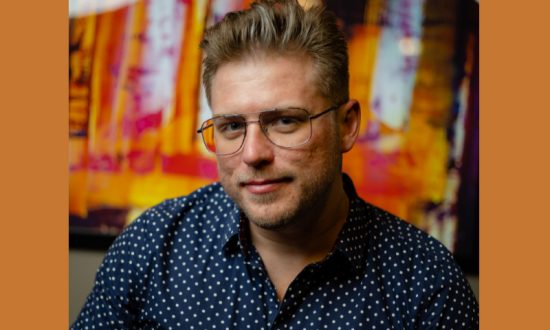 Robert Bruski is the CEO & Co-Founder of Ctrl V VR Franchising. After graduating with a degree in Economics from Wilfrid Laurier University, where he co-founded the school’s premiere business society, “The Link,” Robert spent over a decade working in Canada’s financial investment industry, focusing on buy-side investment management. Working with some of the industry’s leading investment professionals, Robert was exposed to various businesses. He precisely sharpened his skills in determining the difference between a good business and a great business. All of this while dabbling in various entrepreneurial initiatives until he decided to make the leap into starting his own company.

Robert co-founded a company called PipeDream Interactive that developed a piece of cinema eyewear called Invisivision. This company made waves throughout Hollywood before Robert and his business partner co-founded Ctrl V. Ctrl V is North America’s first and the world’s largest virtual reality arcade franchise. He is also the co-founder of Good Company Productions (GCP). GCP is a music production company that puts on concerts, shows, and festivals. It acts as a talent-buying representative and provides musicians with artist management and representation opportunities. This initiative gave Robert a flavour for contributing to the local community. Robert is also a mentor for the Waterloo chapter of Palo Alto based idea-stage accelerator, The Founders Institute, where he contributes his experience and knowledge to helping budding entrepreneurs grind and build out their dreams and ideas.

In a recent interview, the team of CXO Outlook chatted with Mr. Robert Bruski to gain his insights on the current trends emerging in the VR industry, obstacles and hindrances faced by him while running his company, how can new franchisees seek benefits from Ctrl V VR Franchising, and a lot more. Following are the excerpts from the interview.

You have been an active part of the Virtual Reality industry for quite some time. According to you, what are the biggest trends to watch out for in this industry in 2022?

The VR industry has been growing significantly and at an accelerated pace in the last few years. As a result, it can be tricky to truly anticipate what may be next. However, there is a significant case for VR to expand beyond gaming and entertainment. Sure, there has been a lot of effort put into VR entertainment, and several reputable companies and organizations are putting efforts and resources into expanding their VR horizons. VR will continue to grow into the world of education and training as it has proven to be an innovative, scalable, and cost-effective way to deploy content.

Furthermore, virtual reality is poised to have a large insurgence of content and hardware development in the worlds of sales (like real estate) and medicine (like PTSD therapy and senior care). These industries have been champing at the bit to explode and will continue to innovate. This, coupled with the natural growth of VR entertainment, will be explosive for adopting this technology. 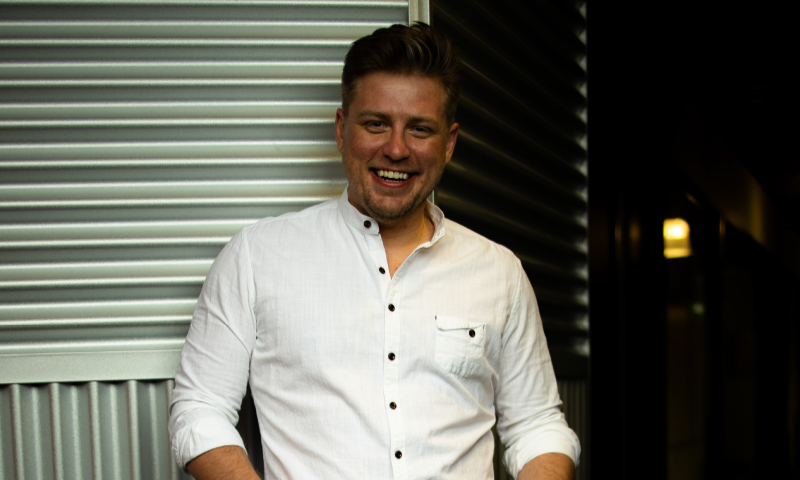 What lessons and insights have you gained from the COVID-19 experience as an entrepreneur?

COVID-19 has undoubtedly opened many eyes regarding how businesses and the economy can be affected. It goes without saying that building a company that can survive a pandemic (or, at least, have a backup plan) is critical. It may have been the first pandemic in a generation, but who knows if it will be the last one. However, the most insightful experience gained is on the repercussions of a post-pandemic world. Namely, the economy. Businesses need to be built to survive the adverse effects on the economic stability of a nation and its people. Being recession-proof is just as important, if not more important, than being pandemic-proof. Having efficient economies of scale and scope, tight unit-level economics, and a clear plan in case of a disaster are imperative for a business to possess.

As the CEO & Co-Founder of VR Franchising, what challenges do you face? And how do you overcome them?

The job of a CEO is 3-fold. To increase shareholder value/wealth, to plan the future and vision of the company, and to build & maintain the culture within the business. These facets come with their own struggles, roadblocks, and hurdles. But it is important to note that every challenge can be overcome by staying sympathetic and empathetic. Business, at its core, is a people game. You may be operating in the technology, entertainment, food & beverage, or a myriad of other industries. But what truly makes the wheels go round are the people behind the company. Being able to connect with, understand, and grow people, is what will help any CEO & Co-founder overcome whatever challenge comes their way. They will have a team that supports their mission and vision and together can move forward. 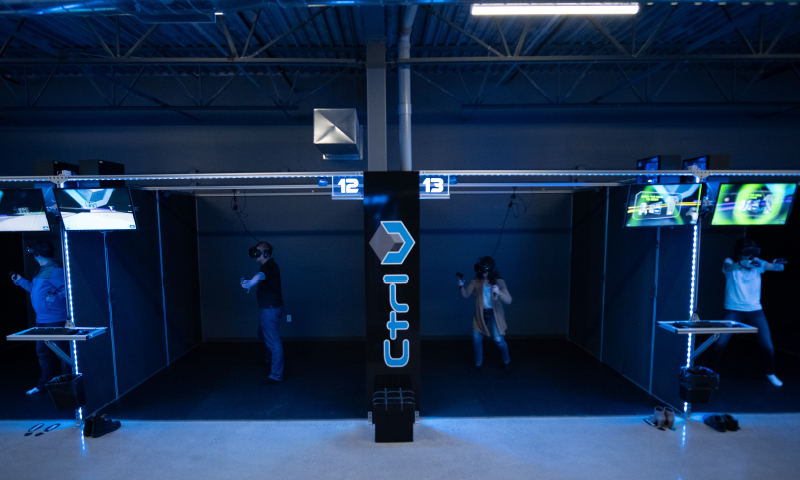 At Ctrl V VR Franchising, what tools and technologies are you currently using for sales and marketing?

The world is quickly changing from the standpoint of sales and marketing. Being able to utilize the tools of Web 2.0 (specifically social media) is critical. A business needs to understand these tools entirely and be able to deploy them efficiently. Web 3.0 is inbound, and knowing how to deploy the social tools online is becoming par for the course. This is especially the case as Gen Z becomes a more prominent contributor to the consumer economy. They are digital natives and expect a minimum standard of compliance with web tools. Ctrl V puts a considerable amount of effort and resources (including technologies) into mastering this realm and deploying the strategies efficiently.

What type of opportunities does Ctrl V VR Franchising have in store for the new entrepreneurs? What should be their mindset before entering the VR industry?

Ctrl V is expanding across North America (and, if you’re interested… the world!). As a result, the best opportunity for new entrepreneurs is to become business owners through the ownership of their own Ctrl V virtual reality arcade. They can go into business for themselves, doing something fun and impactful, but not by themselves, with a supportive and actively engaged franchisor working alongside them. It is critical to have a mindset of hard work, grit, and moxie. Ctrl V is an emerging brand, so resilience is required. But VR is also a new technology that requires a pioneering mindset amongst all franchisees, business owners, and entrepreneurs.

Becoming a first-time franchisee can be difficult. What kind of support do you provide them in their first 12 – 24 months?

Within the first 1 to 2 years, Ctrl V franchisees are supported immensely. Not only does Ctrl V provide the standard operating manuals, tools, and tricks that most franchisors do, but we double down on our franchisees. It starts with an in-depth initial training program, followed by an initial deployment program. It then moves forward with continued active support – an LMS packed with content, peer performance groups, webinars, weekly franchise business coaching, franchise advisory councils, and many more inputs. Ctrl V believes in a congruent franchisor-franchisee relationship. Our prerogative is franchisee happiness and profitability.

Can you name a person who has had a tremendous impact on you as a leader? Maybe someone who has been a mentor to you? Why and how did this person impact your life?

The person who has had the most tremendous impact on myself as well as Ctrl V is Angela Cote of AC Inc. Angela has been a mentor to our entire team, teaching us what it means to be a great franchisor, support your franchisees, and be a leader to team members and business owners. She has helped us build our business into something that everyone can be proud of and has provided insight into the franchising world that can be rivalled by none. Without her mentorship, leadership, and guidance, Ctrl V would be facing the same fate that too many emerging franchisors and franchisees face. Thank you for all of your guidance and support, Angela.

You have co-founded companies, led numerous teams, and successfully created a mark for yourself in the VR industry. Which one of your accomplishments makes you the proudest to date?

The biggest accomplishment that any franchisor would be proud of is creating a franchise system that has happy franchisees in an emerging industry and has survived a pandemic. Granted, this is many accomplishments rolled into one, but ultimately this is quite the feat that should leave any business owner proud. 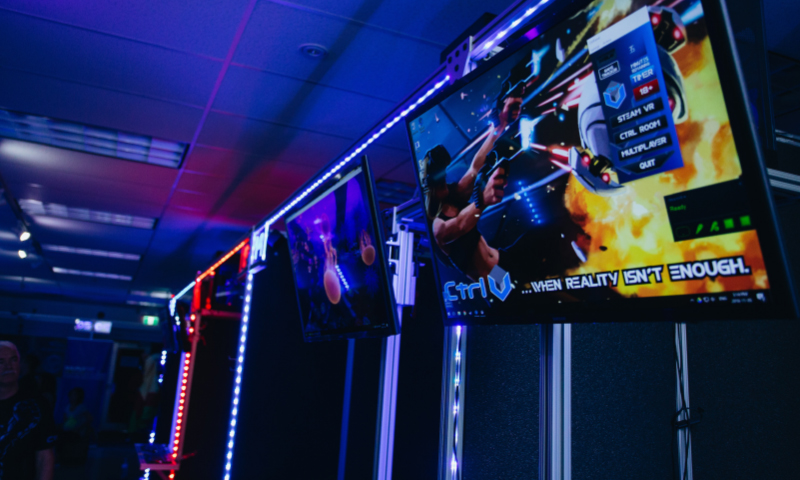 What is the forecast for VR Market in the next 5 years?

VR is poised to continue its growth and expansion into several different verticals over the next few decades. Within the near and current future, a considerable amount of effort is being put into developing the metaverse and VR’s role in it. With the adoption of the metaverse by the general public and the growth in virtual reality arcades, VR will be the main gateway for people to enter the metaverse and interact with it. A recent Gartner report indicated that by 2026, a quarter of the population will be accessing the metaverse at least once a day. As we know it, VR is the way to do so. The future is inevitable.

Lastly, what is the best advice you would give to a learning leader?

A leader has only one way that they can impact a company. And that is through the development of an environment conducive to its team. Altering an environment is the best tool that a leader can navigate. It will create a business culture that fosters fulfillment and joy and migrate away from tentative feelings of happiness and excitement. This will allow people to follow the leader into whatever battle is necessary. Don’t be a manager. A manager can command authority, but that doesn’t mean people will follow them. Leaders need people to follow them to achieve their goals.