How Smartphone Ownership Can Boost Financial Inclusion in India 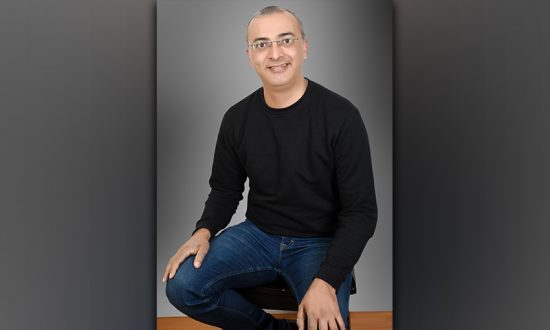 Neel Juriasingani, is the co-founder and CEO of Datacultr, an enterprise IoT enablement platform that makes it easier for enterprises to drive up to 10x value from their IoT technology investments. At Datacultr, he is obsessed about continuously making the platform more inclusive and customer-driven. Neel is a seasoned business leader with over 15 years of leadership and commercial experience in operation and expansion of companies with a global footprint. His focus has been across building business and consumer platforms, subscription-based businesses and scaling new disruptive businesses in the emerging markets.

Promoting widespread financial inclusion is key to ensure continued development and growth of any nation. In India, the rapid penetration of financial services over the years has been quite noteworthy, and the increasing ownership of smartphones, especially amongst the low-income groups of the country, has been instrumental in reforming the financial services landscape of the country. As per market research from techARC, India had about 502.2 million smartphone users as of December 2019. A stark improvement as compared to the previous years, it implies that over 77 per cent of Indians now have access to wireless broadband through their smartphones. Another crucial study conducted by ASSOCHAM and PwC reveals that the number of smartphone users in India is likely to rise by 84% to 859 million by 2022.

Well, the reasons for this notable surge in smartphone ownership across the nation could be many – cheaper smartphones, improved distribution, expansion of networks by the operators, high-speed connectivity, etc. So, as smartphones make their way into an increasing number of households, especially the poor households, many more individuals and businesses are now gaining easy access to a gamut of financial services at affordable costs. All this with mere few taps on their phones! With this successful marriage of smartphones and financial services, leading to more Indians participating in the country’s financial sector, financial inclusion would certainly not be a distant goal to achieve.

What possibilities are smartphones creating for financial services?

A shift to digitization has been the country’s mandate for quite some time now. As they allow Internet access, smartphones have been regarded as key tools to switch a large chunk of the population towards the path of digitization. Digital banking is already a widespread trend across Tier 1 and Tier 2 cities. However, the challenge for financial services has been to reach those umpteen number of people in Tier-3, Tier 4, other towns and rural, who have for long been devoid of participating in the financial sector. By giving these people access to basic financial instruments and allowing them to avail easy credit, these Internet-enabled smartphones give enough power in the hands of the poor, who can now be encouraged to save and get rid of the tangles of poverty.

Right from creating a bank account to making payments, transactions, fund transfers, applying for loans, managing insurance, pensions, cheque book requests, etc. smartphones can allow people to fulfil all their financial requirements, without them having to physically visit banks or any other financial institution. The introduction of Unified Payments Interface (UPI) has also contributed towards the seamless shift to digital payments.

In times like these when the world has come to a standstill due to the sudden outbreak of Covid-19, smartphone ownership could indeed be a boon, mobile banking Apps and various payment Apps can allow all financial transactions, payments, transfers, etc. to be conducted digitally. Governments or employers could deposit payments or other subsidies simply into these digital bank accounts, and the benefits could be enjoyed sitting in the comfort and safety of homes.

Over the years, there has been a sharp rise in the usage of smartphones for conducting financial transactions or availing banking services. Over 332 million Indian citizens have already opened mobile phone-based financial accounts under the government’s mass financial inclusion programme, Jan-Dhan Yojana. As a result, the share of Indians with at least one financial account has more than doubled to 80 per cent since 2011.

Having said this, though increased smartphone ownership has paved a bright way for financial inclusion in India, there is still a long way to go. Barriers like lack of financial literacy, irregular incomes, etc. still continue to prevent large sections of the society from participating in the formal financial landscape. A majority of the population still continues to be unbanked, despite owning smartphones. For a large section of the population, an entry-level smartphone is still expensive and thus unaffordable, lack of credit to these people continues to be a huge barrier to cross., The barriers, however, need to be broken and the opportunities need to be tapped fully, in order to make financial inclusion a true reality. 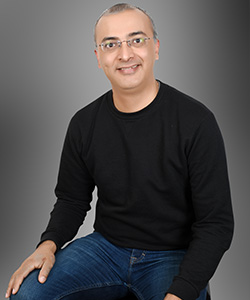 Prior to Datacultr, Neel used to lead Nokia’s Advertising Trading Desk across APAC, Middle East and Africa. He is also credited with for delivering some of India’s biggest advertising campaigns on mobile during his tenure at Airtel, India. Neel is an Economic Times Young Leader, and has co-authored multiple books such as “Curious Digital Marketer” and “Here’s How I Did It!”. He holds a Masters in Marketing from XLRI, Jamshedpur and is a Chemical Engineer from Panjab University.