Home /EXPERTS' OPINION/Impact of the Launch of Web 3.0 on the Gaming Industry

Impact of the Launch of Web 3.0 on the Gaming Industry 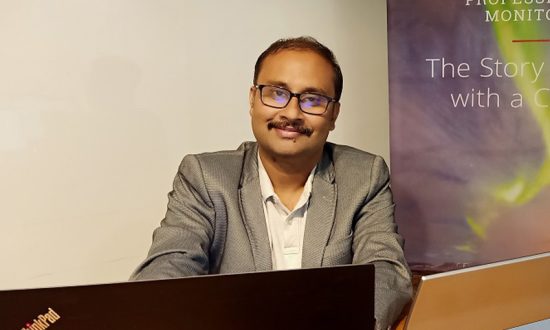 Sanjoy Bhattacharya is the Director, Sales and Marketing – IT Business of ViewSonic Monitors,  India. He has been a part of the Indian IT hardware and display segment for close to 28 years. He  joined ViewSonic in September 2020 as IT Business Head and was previously associated with LG  Electronics as an IT Business Head for 16 years, and then joined Acer as a National Business  Manager. Sanjoy holds experience of over 30 years in the industry and possesses rich knowledge of the  Indian In his leadership, ViewSonic IT Business has shown substantial growth & visibility in the  Indian market.

Web 3.0 is expected to be the internet’s next major evolution. As per the industry stakeholders and experts, It has the power to bring a revolution in the gaming sector and provide an evolved gaming experience. The upcoming generation of games slated to launch in the market will consist of weighty economy and game design. Web 3.0 stands to change the gaming industry fundamentally. In the Web 3.0 world, gaming will allow players to earn money while playing the game. In this new era of gaming, if players spend money on buying some asset, they will own it and will be able to sell it to other players within the game or outside the game.

The transition from web 2.0 to web 3.0 will transform the gaming industry and provide more opportunities for gamers.. It will open the prospects to earn for the time spend on gaming and will lead the way to monetise the gaming industry. One of the interesting parts of this progress is that the payments will be made through cryptocurrencies and other forms such as NFTs, soon. Owing to the user’s interest in competitive gaming and esports, various forms of large scale gaming competitions and esport tournaments will now facilitate community building of gamers in India leading to massive growth rate of this space in the near future.

Active gamers all over the world are spoiled for choice. They are also demonstrating a willingness to spend money on high-end products. The gaming gadgets market is growing as a result of frequent technological innovations such as augmented reality (AR) and virtual reality (VR). Software and hardware innovations, as well as the proliferation of advanced technologies, are expected to be key drivers of growth. There is a transition in the actions of active gamers right now. First, there is a shift in gaming time away from consoles and toward mobile devices, particularly smartphones. Because of the widespread use of smartphones and the abundance of games available on mobile app stores, this results in increased reach and consumer engagement. Second, similar to music and video, a subscription model for gaming is emerging as consumers show interest. Subscriptions for consoles (e.g., Gamecube controller Now, Nintendo Switch Online, Xbox Game Pass), game streaming subscriptions (e.g., Google Stadia, Tencent Start, GeForce Now), mobile subscriptions (e.g., Apple Arcade, Google Play Pass), and memberships provided by game publishers (e.g., Uplay+, Origin Access) are all available to gamers today.

When it comes to console gaming, screen experience is very important, with the chief factor being good and enhanced graphics – videogames seems to be a lot about stunning visuals and immersive experiences that make the player feel like he’s right inside the game. A good screen while gaming enhances and engages the experience by providing immersive gameplay and a sound system. Gaming PCs – both desktop and notebook – unit shipments are expected to grow from 41.3 million in 2020 and to 52.3 million in 2025, says a new report. Increasingly accessible price points and the ability to handle a variety of tasks outside of gaming are just some of the reasons we can expect the gaming PC market to remain healthy in the coming years. Given the growing emergence of lower-cost gaming desktops and notebooks, IDC expects ASPs for gaming PCs to rise from $925 last year to $1007 in 2025. Gaming monitors, on the other hand, were $339 last year and are set to decline to $309 in 2025.

The introduction and incorporation of web3 technologies in the development of gaming represents a significant shift in the way the game are constructed, powered, and played. While Web3 games are still quite new, there’s already a major emerging trend for Web3 games: Play-to-Earn (P2E) games. Monitor manufacturers have homed in on the desire of many people to get involved with gaming, be it as a casual means of relaxation and escapism or something more competitive.