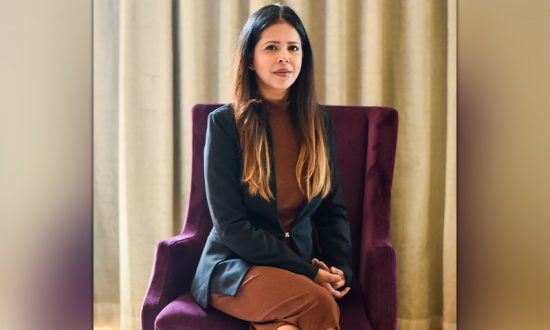 Nehaa studied English Hons. from Delhi University and has been a part of the Sales & Marketing team with a prestigious company Genpact.  She started of SkinWorks during the pandemic and brought the company to life in April 2020. During the long gestation and post the successful launch of the SkinWorks, she has been the key decision-maker, whether be it in manufacturing, sourcing, procuring, coordinating, photographing, or presenting the entire collection of SkinWorks products. Nehaa used the exclusive brand name of SkinWorks to put together exclusively coordinated beauty products from all over India. Nehaa also cultivates her natural desire to be a homemaker, by balancing her time and energies between the challenges of creating a world-class organization and raising one child and a stable and cared-for family.The days when women were perceived as weak & incapable of taking any decisions responsibilities are long gone! The women of this new generation have kicked all those stereotypical and negative notions away and have stepped in all fields with confidence and success. They’ve not only entered different fields with power but also have proved themselves beyond any doubts in every field including the most complex world of business.

In ancient times, people used to perceive women as the source of power and in our own Hindu religion, women are worshipped as goddesses. However, unfortunately, the reality is totally opposite. The business world for quite a long time was dominated by men, just like most of the other things, and women were perceived as caretakers, caretakers of their home and children, society could not accept women doing anything but these.

Over the years, women have faced a lot of difficulties, but they have pushed forward in great strides in the struggle for equality. In the present time, things are different and the world has come a long way. Women can enjoy freedom, and equality in various fields, for most of the educated world. Because of more progressive thinking and feminism, women have started entering the business world and leaving their mark.

Women around the world have broken the stereotype that women can only do business as a hobby and have successfully proved these stereotypes. They are running from small to big businesses, earning millions and supporting many lives.

According to a report, women entrepreneurs tend to be more effective leaders, they not only create more jobs but also have a large appetite for growth. Many studies have also suggested that a higher sense of personal achievement and a higher sense of autonomy, resulting in businesses owned by women are more likely to succeed. Businesswomen often are willing to take more risks, they perceive change as an opportunity and they have a strong internal point of focus. Women in general, have better thinking, social skills, and balance intuition, traits that are quite important for an entrepreneur to have.

Handling a house is not an easy job as well, even if a woman is not an entrepreneur, these traits are still required when handling the house. A housewife has to take care of the family members and the other home related things all at the same and there is nothing difficult than handling people yet the woman of the house somehow knows better than anyone what the family members likes or unlike. This shows women’s capability and how they support no matter what the problem is or how much small or big the problem is.

Even in lots of families or societies, women are the decision maker, just like in ancient times as well.   These are the qualities that women already had since a long time ago, and then these are the only qualities that a woman would need to start a business as well.

It is highly important to nurture those entrepreneurial skills among girls from a very young age. Not only for girls but boys as well, as such education teaches children to be bold, follow their dreams, and become independent or self-reliant, qualities that every successful person has. It is also important to teach children that being an entrepreneur is their choice and gender should never play a role in it.

Even though we have come a long way, there is still a lot of work that needs to be done. Women entrepreneurs are an inspiration all around the world for every little girl and they look up to them and dream to be like them.

Indra Nooyi, Oprah Winfrey, Gina Reinhart, and there are many more women like them who have shattered the societal norms and have emerged as world leaders. These women are the perfect examples of women that every little girl inspires to be, dreams to be, and to chase their passion as they have. To inspire, this is one of the powers that every women entrepreneur has.

Always believing in yourself is the key to not only having strong determination but also a strong mind. However, always remember there is a huge difference between being confident in yourself and being overconfident. We have often seen extraordinary women working in difficult circumstances against the odds of their communities, against circumstances that we can’t even imagine. They work hard every day with the belief in their dreams to leave a legacy behind. Surrounding yourself with people that are better than you, doing better than you, and rather than being jealous of them, get inspired from them and dream to achieve what they’ve achieved, even more than that. Never be afraid to dream but be afraid of never accomplishing that dream. Doesn’t matter if that dream is small or big, if you will always believe in yourself and work hard, there is no doubt that you will achieve it. Only then you will be able to taste what success feels like in life. Become the master of your own life, never be afraid of making mistakes, neglect everything negative that surrounds you, be it your own mind or people. Don’t ever stop growing in life and always stay humble.

Technologies for Cardiovascular Disease: A 2023 Appraisal
Seeing Strategically
10 Recommendations On How To Negotiate Outsourcing IT Contracts
Shopping in the Age of ChatGPT: How the New AI Rage is Revolutionizing Retail Experiences and Consumer Goods Manufacturing
Battling Anxiety at Workplace
How Women are Reshaping the Wellness Industry
CONTACT US