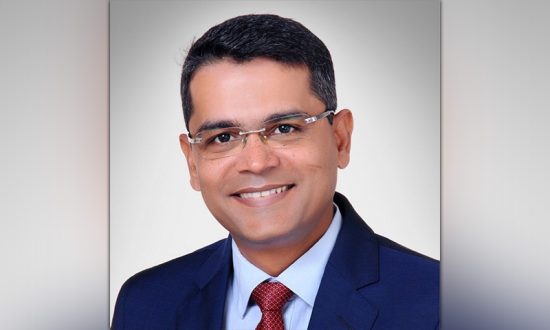 Kumar Binit is the Co-Founder & CEO of FinMapp. He has 2+ decades of experience in consumer banking and a rich experience in launching and growing new products.

India’s economy, like the FinTech market, is one of the fastest growing economy in the world; India has the highest fintech adoption rate in the world. The global Fintech technologies market is valued at $110.57 billion in 2020, and is expected to reach $698.48 billion by 2030, growing at a CAGR of 20.3 percent from 2021 to 2030; the Indian Fintech industry is currently valued at around $ 70 billion, and is expected to grow to $ 150 billion by 2025, at a CAGR of 20%. It’s no surprise, given the evidence, that India is regarded as a worldwide FinTech giant.

Twenty-eight per cent of the 6,386 FinTech’s are involved in investing tech, 27 per cent in payments, 16 per cent in lending, 9% in banking infrastructure, and 20% are involved in other industries. Across all segments of the Indian FinTech industry, there are 10 unicorns and 170 micro-unicorns.

Payments, Lending, Wealth Technology, Personal Finance Management, Insurance Technology, Regulation Technology, and other sub-segments make up the Indian FinTech Market. There is a great potential for investment in every sub-segment, since we have only scratched the surface by receiving funding of around $27 billion for the above sub-segments, with Payments and Alternative finance grabbing the lion’s share. The market size and prospects in various sub-segments will rise at a rapid rate as internet and smartphone usage increases.

According to a report by BLinC Insights, overall FinTech funding was $16.5 billion from 2016 to 2021, with roughly 60% of that coming in the last three years. Digital payments attracted the greatest amount of money, followed by digital loans. India has the highest expected return on investment (29 per cent) on FinTech projects in the world, and is the world’s third largest FinTech ecosystem. The government of India’s support for innovation in this sector is a testimony that India is a country with enormous potential and opportunity for investments with higher returns in the future.

The Government’s Start-up India initiative, which aims to mobilize and strengthen the country’s startup ecosystem, is one of the most crucial elements in FinTech growth. India’s numerous startups are fueling their growth by providing revolutionary technology to reduce information asymmetry between financial institutions and investors. Since the implementation of the demonetization in late 2016, India’s rapid embrace of digital/online payments has assisted the country’s FinTech industry’s growth.

Banking in the digital era is one of the most important FinTech trends. Banking as a service (BaaS) is a platform that connects FinTech enablers with banks, allowing the latter to give financial help to their customers via a network of FinTech developers. In 2020, non-banking financial firms were allowed to join the open banking ecosystem; this trend is expected to continue as more banks adopt open banking and demand for digital financial services grows.

Due to growing demand for digital financial services as a result of government-imposed limits on physical mobility and, as a result, a shift toward more minor physical commodities transactions using cash, FinTech continued to grow even in 2020, despite other businesses reporting losses. Consumer demand for digital-based services will rise, owing to the continued threat of pandemic outbreaks.

However, due to limited financial service penetration, India remains an untapped market. In India, 15% of the population is unbanked, compared to 6% in the United States. Throughout the years, Government initiatives such as the UPI have worked to centralize the country’s digital payment infrastructure. Financial inclusion, however, remains a barrier due to a lack of verified credit history, documentation, and the underbanked population’s shifting income.

Only 20% of SMEs have access to financing, while insurance and mutual fund penetration remain low. With high internet penetration, expanding incomes, and favourable Government efforts, Indian FinTech’s have a greater development potential, particularly in digital lending, insurance, and neo banking.

Despite the growth, the FinTech industry continues to face numerous issues that must be solved immediately. Cross-border payments are still uncharted area for FinTech’s, despite the enormous potential for innovation. Standards and practices across jurisdictions must be harmonized, and mutual confidence in each domestic network’s KYC and Anti-Money Laundering frameworks must be developed to make payment systems in multiple countries compatible.

If the statutory rights and obligations of service providers are not clearly defined, the growing popularity of FinTech’s could worsen data use, protection, and privacy concerns. As the Indian population becomes more data-rich as Internet and mobile coverage expands, the next issue will be to empower consumers with the data they generate through appropriate legal and regulatory measures.

Moreover, despite widespread use of mobile data and smartphones, financial transaction usage remains limited due to behavioural factors such as a lack of confidence, a lack of knowledge of mechanism, and perceived security risks. Then there are evidences indicating that paying with cash is a habit that is difficult to break. Cash use rises as privacy concerns increase, whereas it falls as confidence in banks rises. As a result, policies promoting electronic payments must address basic issues about privacy and trust in financial institutions.

Technologies for Cardiovascular Disease: A 2023 Appraisal
Seeing Strategically
10 Recommendations On How To Negotiate Outsourcing IT Contracts
Shopping in the Age of ChatGPT: How the New AI Rage is Revolutionizing Retail Experiences and Consumer Goods Manufacturing
Role of Modern Workspaces in Building Right Individual Attitude
QuilinX: Helping Businesses Grow from the Roots
CONTACT US