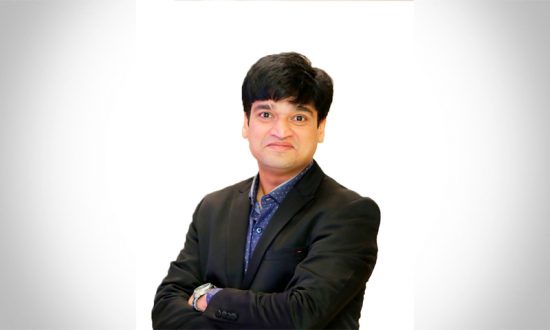 Amit served  the Indian Banking & Financial Services Industry for eighteen years. In his last assignment he served Reliance Capital Group Company as Business Head for India region. He had been part of Reliance Group’s leadership team for almost a decade. He had become head of the Indian region under age of 30.

If “Compounding” is the 8th Wonder of the World then I believe “Invest Rightly, Switch Timely ” is the 9th Wonder of the World. This new School of thought applies to all growing things in the Universes whether it is an Economy or Business or any Asset Class. At different stages of the life cycle, they all need change & periodic rebalancing for growth & as we all know if something doesn’t grow, then it dies. Hence I can say that change is a prerequisite for growth & life.

In today’s World, where new disruptive technologies and emerging business ideas are challenging traditional businesses or even questioning their existence, can you keep sitting tight on your investments forever? I believe If an investor seriously wants to make money on his Investment, he should discard the old school of “holding too long” and should switch to the new school of thought i.e.  ” Invest Rightly, Switch Timely “

I will substantiate this new school thought with some Global & Indian examples. If you go back to the late 1990s, the top four economies of the world were the US, Japan, Germany, and UK. They competed in exporting manufactured goods to each other. Their economies had underlying business models of manufacturing which was an “asset-heavy” business model with too much capital invested in land, labor, plant, machinery, and so on. Those days the US and Japan were in close competition. In that race, the US Economy had made the “timely switch” from the asset-heavy business model to the asset-light model of the IT Industry, after the dot-com bubble in the early 2000s. This timely shift had made the US a Superpower. Today the US GDP is almost 400% higher than Japan. Today all leading companies in the world are from the US, right from Apple to Google to Microsoft. This is what I call the power of “timely switch.”


Even our BSE Sensex also followed the same strategy of ‘ investing right and switching on time,’ and generated a CAGR of close to 16% in the last thirty years. Interestingly, only 7 stocks have stayed in the Sensex from 1989 till date, the rest of 23 stocks were switched out of Sensex due to the declining Industry cycle and changing business models. If you take the same composition of Sensex of 1989 today, then it hardly generated a CAGR of 4% to 5%. Hence switching timely was a critical success factor for growth even for your Investments.

As observed above, this 9th Wonderworks in both Global Economy & Stock Markets, now let’s take examples of large Corporate houses like Tata. Even they changed their business models from “Capital Intensive Sectors (Tata Steel, Tata Motors, etc.) to ” Knowledge Intensive Sectors” in the early 2000s (TCS). Today TCS profit is equivalent to all other 20+ Companies of the TATA group. Even Reliance Group is also switching timely from “Oil & Gas business ‘to “Retail & Technology business “. For Reliance group, the new-age business of Reliance Jio had built the same valuation in the last six years what their traditional business of oil & gas had built in the last forty years.

Now, let’s explore how this 9th wonder multiplies your investments across asset classes with timely entry & switches. In my personal view, there is nothing called a good or a bad asset class. It is your entry and exit point that makes them either good or bad. Each asset class has its cycle, whether it is equity, gold, real estate, commodity, precious metal, or any other asset class. You choose your entry & exit points carefully, with help of advisors who understand global economic cycles and their impact on various asset classes. A good asset class may become worse if you don’t exit timely. Real Estate is a classic example. Any Investor who entered real estate after 2013 had hardly made any money & on the other hand if someone switched from Real Estate to Equity in 2013 then his money must have been doubled or tripled depending on which sector & stocks he betted on.

In my closing remarks for large investors, I suggest moving your Investments systematically from Debt Mutual funds & fixed deposits to Gold at every downfall. It will generate much better post-tax returns by keeping 2030 in mind.

The Benefits of Artificial Intelligence for your Business
What’s Your Value in 2023?
Transforming the Executive Search Industry & Making an Impact
Bring the Zing – 5 Keys to Powerful Presentations, Briefings, and Meetings
Busting 5 Myths Governing the Internet Landscape in India
An Indefinite Pandemic: Tracing the Effects of the COVID Pandemic on India’s Female Workforce
CONTACT US