An Indefinite Pandemic: Tracing the Effects of the COVID Pandemic on India’s Female Workforce 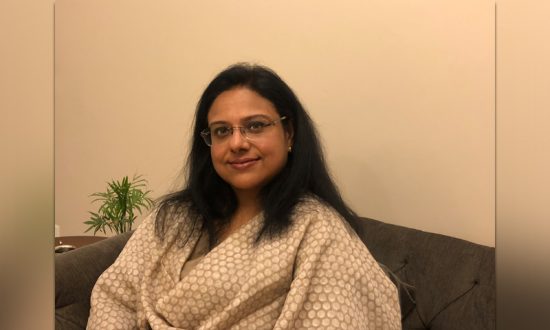 Sonica Aron is the Founder and Managing Partner of Marching Sheep, an HR advisory firm specializing in Strategic HR advisory, Diversity and inclusion interventions and capability building. As a Human Resource and D&I (Diversity and Inclusion) specialist with an experience of 18 years, both in the industry and consulting, she has designed one of the most evolved ‘Diversity and Inclusion’ frameworks in India with exclusive programs like [email protected], Unleash and [email protected]! Marching Sheep works with clients across industries on gender, generational and sexual orientation diversity.

The COVID pandemic shook the world when it first hit in 2020. All lives and processes of the world were disrupted and halted to accommodate the restrictions and precautions that the viral outbreak had necessitated. Amidst the widespread chaos and losses, the economy took a plunge in majority of the countries around the world including India. With the economy in collapse, retrenchments and layoffs were in order as the businesses tried desperately to save costs and stay afloat. While it is true that every section of society was undeniably impacted by the pandemic and the disturbances it initiated, it is also worth noticing that some sections may have suffered more than others.

One section of the society that bore the brunt is women. Women have long been fighting the battle for equality and fending off ‘normative’ gender roles. Even though the struggle has been going on for a while now and we have seen significant movement, we still have a long way to go. In the wake of an extremely challenging crisis like Covid, our stance on gender equality was further tested and assessed. Unfortunately, the results weren’t as one could have hoped for.

Impact of COVID on Women Workforce

The representation of women in the Indian workforce was already dismal even in the pre-Covid period with women constituting only about 21% of the entire workforce of the country according to the World bank report. The rate further dropped to 15.5% by the second quarter of 2020, in less than four months since the first lockdown in India, as quoted by Reuters. Thus it can be accurately said that the status of women in the Indian labor force has taken a substantial hit from the consequences of the pandemic. The same is further highlighted in a report by Azim Premji University that stated the percentage of men who lost their jobs in the first lockdown at 7% as opposed to a whopping 47% of women.

Additionally, gender roles and general apathy of the society and authorities towards certain genders too came into play during these times. In the World Economic Forum’s Global Gender Gap Report of 2021, India’s gender gap was stated to have increased by 4.2% this year, costing it a slip of 28 places in the ranking. Even the level of vaccinations administered in the country is unbalanced between the genders with the number of men vaccinated in the country being a substantial 17% more than women, as per a report by Reuters. Naturally, with lesser women vaccinated and meeting the precautionary criteria of rejoining offices, their employment possibility is further affected adversely.

The Role of Gender Norms

It is no secret that gender roles have a significant part to play when it comes to the meager representation of women in the workforce and gender-based discrimination in the workplace. As per societal norms, women are supposed to be the primary caregivers and nurturers, while men are encouraged to be the breadwinners of the family. This way of defining and imposing roles that people play in a household, based solely on their genders, has led to a great disparity between the participation rate of both men and women in the household chores and work, respectively.

As per a report by McKinsey, women shoulder almost 10 times unpaid household work as compared to men in India, and even though housework is just as, if not more, tedious than office work, it is not accounted for at all. A report by The Organization for Economic Co-operation and Development suggested that if this work was to be accounted for, economically, it would be equal to a massive 63% of the Indian GDP. Thus, even though women have dropped out of jobs significantly, their working hours have only increased. It is indeed vexing to see that the work of a majority of women, which constitute approximately 50% of the country’s population, is not being taken into consideration at any front.

The gender disparity has surfaced and become even more apparent in the face of the Covid crisis. Data clearly demonstrates that women have indeed suffered the brunt of the pandemic in terms of employment and that societal norms, stereotypes, gender discrimination and inequality are indeed the root cause behind the staggering difference in men’s and women’s employment conditions in today’s time. The numbers that came into light in terms of the gender gap in the national workforce were alarming, and the way they are magnifying with each passing day needs to be given immediate attention to. Hopefully, as time is passing, the focus on increasing women participation in the workforce, enabling them, sensitizing the ecosystem, generating meaningful conversations and awareness to break gender stereotypes is gaining momentum, the future will display an entirely different picture in this context.

The Benefits of Artificial Intelligence for your Business
What’s Your Value in 2023?
Transforming the Executive Search Industry & Making an Impact
Bring the Zing – 5 Keys to Powerful Presentations, Briefings, and Meetings
Invest Rightly, Switch Timely
Is Bitcoin Losing Its Position as the Crypto is Now the Market Leader?
CONTACT US