Home /LEADERS' INSIGHTS/Is Bitcoin Losing Its Position as the Crypto is Now the Market Leader?

Is Bitcoin Losing Its Position as the Crypto is Now the Market Leader? 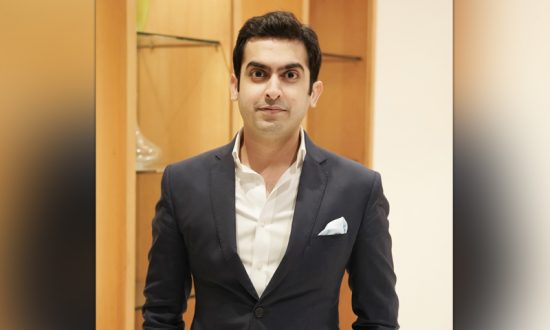 Mr. Rachit Chawla is the Founder & CEO, Finway, a registered Non-Banking Financial Company (NBFC) with the Reserve Bank of India (RBI). The company has emerged into various financial consumer services organizations addressing all financial needs for individuals/companies like home loans, business loans, investment advisory, etc. Mr. Chawla is a Registered Financial Adviser with SEBI. Besides being SEBI registered investment adviser, Rachit Chawla is also a certified Investment Adviser from the National Institute of Securities Markets and also a holder of the Insurance Regulatory and Development Authority (IRDA) license.

The prices of Bitcoin have been on the up. Following a trend over the past few weeks, they have risen to the highest level set earlier this year.

Figures show that biggest digital currency in the world, with market capitalization, recently reached $ 51,037.01, which is the highest since 14 May. It had risen over 75% since hitting low levels on June 22.

Some of the most prominent digital currencies have recently surpassed Bitcoin in their high performance. Ether, the second-largest digital asset in the market value, has doubled in recent months, and Cardano’s fee tokens have tripled simultaneously, according to the pricing data. The recent figure shows that Ether rose more than 130%, reaching $ 4,026.93, after falling to $ 1,711.23 on June 22. With this recent rise, Ether has increased by more than 400% in a year.

Cardano fee tokens have benefited from the most attractive profits, rising to a high of $ 3.10. At this point, it has increased more than 200% after reaching a low of $ 1.00 on June 22.

Throughout its history, Bitcoin has served as a natural cryptocurrency and has guided all other indicators up and down. Over the past few months, the experts noticed dramatic changes in its condition. In last month, with a clean break, Bitcoin was following in the footsteps of some currencies such as Ethereum.

The experts believe that Bitcoin has lost its position as the market leader. It has shown a lot of mistreatment throughout the year, which means it has not held this rally and sold more than any other commodity in the economy.

Most importantly, everyone (except individuals and businesses that rely solely on Bitcoin success) is beginning to understand that Bitcoin is different. They should not be associated with the failure or success of other assets.

Unlike the first digital asset where Bitcoin was the only game in the city, this asset class is now more advanced than cryptocurrencies.

New sectors are growing very fast, such as Defi (distributed finance), sports, sports, NFT, and Web 3.0. They all have completely different features and token symbols that contribute to income.


Bitcoin’s “maturity”
The experts also believe that what we see here is the maturity of Bitcoin. Over the past 12 months, there has been an incredible interest in institutions and sovereignty throughout the region. This interest rate was very high on Bitcoin.

Capital, BlackRock, Fidelity, Tudor, the world’s most prominent asset managers, are trying to build Bitcoin exposure, but it is still limited to listed proxies and resources.

JPM and Morgan Stanley are coming up with exclusive Bitcoin products for independent clients. Countries like El Salvador not only make Bitcoin a driver of growth but solve the challenges of financial infrastructure. Given the huge change given to market participants this year, it makes sense to see the price difference between Bitcoin and digital speculative assets.

The large base is very supportive of Bitcoin investment agreements, and there is a financial wave that experts think will make it difficult for them to enter a small segment of assets at institutional and administrative levels.

Some analysts have expressed differing views on how they believe the broader digital commodity market will grow over time.

The crypto asset segment is seen by many as a monolith driven by Bitcoin. The players in the industry agreed that even if Bitcoin were a child of the crypto poster, it would expect diversity and a bad combination over time.

In the long run, you expect certain digital assets to be valued based on their characteristics, not on speculation.

The price has two components: the primary component and the hypothetical component. The guessing part is usually huge and driven by emotions, expected future use, and decline.

The newfangled Layer 1 blockchain has started to grow and become life; experts expect the essential components (which can be easily calculated by looking at network data) to make a price.

Experts strongly believe in a world with so many each currency will eventually be measured according to its circumstances.

Bitcoin has emerged as a store for pricing and inflation; Defi and NFT have started to accept Ethereum as currency and in many ways has made it a Web3.0 target. Bitcoin has become a fixed currency, as it is today. It is expected to follow many macroeconomic styles.

This is a great change. Some of these beautiful characters are not only used as a guessing tool but also unique.

The Benefits of Artificial Intelligence for your Business
What’s Your Value in 2023?
Transforming the Executive Search Industry & Making an Impact
Bring the Zing – 5 Keys to Powerful Presentations, Briefings, and Meetings
An Indefinite Pandemic: Tracing the Effects of the COVID Pandemic on India’s Female Workforce
Achieving Sustainability via Digital Transformation: The Key to a Responsible Future
CONTACT US