Is Privacy the Turning Point to Build Trusted Relationship in Digital Age? 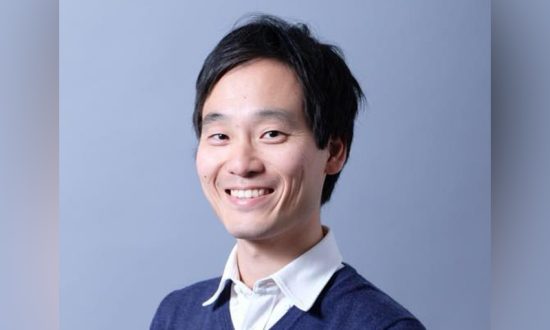 Kohei is Co-Founder of Privacy by Design Lab, a leading data privacy culture and society community. As a not-for-profit, the organization was originally established as a privacy oriented corporate structure program and policymaking. We collaborate with multi-stakeholders, public affairs, government, companies and civic organizations, and international watchdogs to enhance fundamental privacy culture. He has spoken at many international conferences such as UNESCO and participated in open-source projects as a data privacy and blockchain expert. He also has extensive experience with education and non-profit organizations and working with the secretaries of local politicians around the world creating and developing public policy.

The Internet has changed our business model by the acceleration of the digital environment. Due to the advantage of usefulness, consumer life has come to rely on digital solutions on behalf of sharing our information regardless of the awareness or not.

The winners of the new market invented the lucrative system to collect our information for the purpose of personalized experience. It has gained the enormous power to change our behaviors that we call “Data-driven business model”.

It is exclusive and robust to acquire the new market shares owing to “Metcalfe’s Law”. We call the winners “ Big Tech” and these tech companies are almost dispensable in our life. They accelerated the digital shift during the pandemic periods, such as remote work, online shopping and discovery. Metaverse is an alternative space for consumers to talk with your friends and colleagues out of physical contact. It has plenty of benefits for these Big Tech companies, and gives us better choices in some aspects.

Of course, these behemoths occupy the majority presence in the digital market, and take more responsibility with their customers and stakeholders. The right and duty is inevitable to keep and persist the positioning, surviving further next decades on capitalism.

Centuries ago, the notable American lawyer created the “the right of privacy” , that promises “the right to be let alone”. We are reflecting similar incarnations in the digital ages, in spite of privacy issues with old memories. In addition, on behalf of the past failure that spoiling our privacy while we were facing the fatal war in WWⅡ, thousands of citizens were inspected and criticized, moreover, killed in the emergencies.

Even though we have experienced this terrible history, the norm in the Internet is messy and vulnerable because we have forgotten the failure hundreds of years ago. Privacy is the fundamental right under the constitution and irreplaceable with other options to respect our life.

New legislative action in Europe represents the move to cease the period to admire businesses without the social principle and norms in the digital world.

The General Data Protection Regulation marked over 1,400 sanctions in 4 years so that we could learn the shift from “Data-driven” to “Data-responsibility”. Big Tech companies are capable of overwhelming traditional businesses while their competitive framework ensures to produce new value for their clients.

Targeting model was fascinating and strong inducement for advertisers because they were always exploring the best channels to deliver the contents to the customer. However, it is upsetting and criticized with the lack of social accountability and distrusting winner-takes-all against fair-competition on the market.

It is obvious to redesign the framework toward consumer orientation against the former success theory. For instance, Google was sued by several residents due to the carelessness of customer consent with their data in Illinois. One after another, Meta and Snap, that are creating the value with consumer data.

Class action is a sort of remedy to react against these Big Tech companies and apparently consumers stand out in the positive wave of claiming, especially sensitive information such as biometrics data is a larger impact by the profiling action. In the United States, women’s and kids’ privacy are very controversial to protect fundamental rights in the digital age.

This movement is not part of the phenomenon, and is occurring everywhere in the world. The upcoming European Digital Service Act package imposes intermediate service providers to demonstrate their transparency and accountability to protect consumer safety. As the platform companies have grown and reinforced their powers to extend their capacities, “Data-responsibility” is an inevitable effort under democratic decision.

This signal is the magnitude with CXO roles, in particular the marketing strategy. Digital marketing has relied on the network effect that Big Tech companies paved the system to deliver brand contents to end consumers. As an enormous database was accumulated on their assets, brand managers were able to target potential consumers to engage and escort to convert the final action.

However, this digital marketing theory is no longer effective in spite of the amount of money being invested in compared to the golden age of digital marketing that we have made a promotional channel portfolio and just adjusted the better route to access consumers every day.

Essential value of the brand is becoming richer than acquiring more followers and artificial engagement rates on the dashboard. Every company should have responsibility with their own consumer data in the age of “first party”, and it does not mean for Big tech companies, but also your company should act for the privacy is primary matter.

The data is oil, yes, it must be oil to create new innovation, but oil should be extracted carefully and with safety facilities for the staff and stakeholders, otherwise it will cause unintentional issues with your business and concede the loss with trusted value and long-term relationships with consumers. I think the data is the same with oil. It is time to consider the safety of the Internet.

How Women in Real Estate Can Overcome Challenges and Thrive
How AI is Set to Transform the Workplace
Why Leveraging Data in the Digital Age is Crucial to Business Success
Say Hello to an Emerging Breed of Independent, Resilient Women Entrepreneurs
Finding Tech Talent by Challenging Traditional Thinking
Forging Strong Diplomatic and Economic Ties
CONTACT US