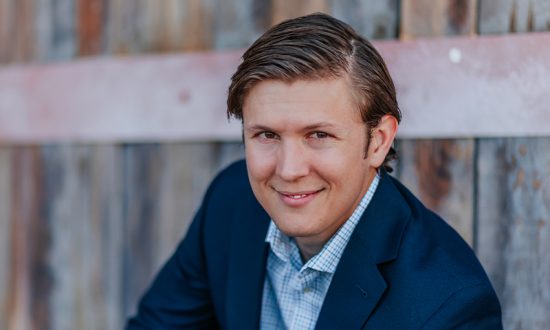 An educator, engineer, entrepreneur, and community leader, Nick Suwyn started his software development journey at age ten building computer games for neighborhood children. As a child, he developed a love for music and after high school began sharing his passion by teaching after-school music programs at elementary schools around the Phoenix valley. As he was teaching, he attended DeVry University and graduated summa cum laude with a degree in Computer Information Systems. He then worked as a software engineer for two years before combining his love of technology with his aptitude for teaching and joined a coding bootcamp to lead their academic team. Two years later, Nick founded Promineo Tech with a mission to increase affordability and accessibility of technology education. Today, Promineo Tech is the leading provider of coding bootcamps to community colleges and Nick serves as the CEO, continuing to lead innovation that forwards educational access.

The IT Skills Gap

Today, almost everyone understands that finding tech talent is tough, but knowing it’s difficult does not compare to experiencing the pain of conducting countless interviews only to have a candidate you are finally excited about accept a competing offer and having to start the process all over again. It is exhausting.

The difficulty of hiring technologists is a symptom of an ever-growing IT skills gap in the United States. At the root of this problem, industry is growing faster than education can keep up with. Currently, through 2030, the projected average number of new IT roles each year is over 442,000, while only approximately 115,000 graduates enter the workforce annually via both traditional and alternative education pathways. In other words, we can summarize the IT skills gap by simply stating that only 1 in 4 posted roles will be filled between now and 2030.

In the face of these despairing numbers, and with jobs that need to be filled and work that demands completion, leaders must innovate and rethink how and where to find, attract, and grow tech talent.

Notice the vernacular used to describe the talent deficit is not a degree gap rather, a skills gap. Major companies like Google, IBM, and Tesla have realized what that means and dropped the requirement for degrees in tech roles, and many other companies have followed suit. With demand for talent at an all time high, it’s imperative that we look beyond a cap, gown, and piece of paper for skills and aptitude.

Two of the most common alternative paths to gain skills such as software development include self-learning and coding bootcamps. All the information needed to learn how to code is available online and for free, and many take advantage of it and become phenomenal developers. Some of the best tech talent in the industry comes from this self-learning category, because they have proven the ability to self-start and solve complex problems without the need for external guidance.

Coding Bootcamps have been around since 2011 and were born out of necessity to help address the growing demand for tech talent. These alternative training programs focus on teaching the hands-on skills needed to hit the ground running with industry standard tools and methodologies. Unlike a degree program, bootcamps are short in duration, typically between 6 and 33 weeks long, and do not spend as much time on theory as they do on implementation. These programs were originally offered through standalone, training institutions like Galvanize, FlatIron, and Lambda, and later made available at universities and colleges through partnerships with bootcamp providers like Promineo Tech and Trilogy Education. In fact, in 2020 community colleges started heavily adopting the coding bootcamp model to increase accessibility to high-demand technology skills and help combat the increasing talent deficit.

A Closer Look at Coding Bootcamps

Two reasons degree-bearing programs do not produce enough talent to keep up with demand include the cost of traditional education and the time it takes to graduate. Coding bootcamps were an answer to a call for technical training that was affordable and excluded any unrelated courses not necessary to learn software development.

While both degree-bearing programs and coding bootcamps are viable options for individuals looking to enter the workforce early on, coding bootcamps take the spotlight when it comes to career changers. A four-year commitment and $60,000+ tuition is less than ideal for people who have previously spent years in a career and are now looking to shift to technology. These individuals already have working experience in professional environments where they’ve honed customer service, critical thinking, interpersonal skills, etc.… and they have also acquired valuable domain knowledge in their current industries that can pair beautifully with newly obtained development know-how. Individuals looking to lend their existing talents and knowledge to software development make strong candidates when combined with the skills they obtain in a coding bootcamp.

Additionally, coding bootcamps have found a prominent position in upskilling or reskilling incumbent workers. Employers have engaged coding bootcamps to teach their developers new skills and technologies, as well as to completely reskill workers in call center or other customer support roles and teach them software development. These two types of employer-bootcamp collaborations have enabled companies to not only keep their tech workforce up to date with rapidly evolving industry standards, but also empowered them to grow their own tech talent from nontraditional pools. In a world where such talent is more than difficult to find, companies participating in innovative training solutions like these have been able to mitigate expensive, time-consuming hiring practices.

With the annual computer science degree graduation count hovering around 60,000 students, and coding bootcamps now, only a decade after inception, accounting for nearly 55,000 graduates annually, it’s clear that demand for such a model was real and has nearly doubled education’s efforts to meet industry needs. With an estimated 79% of bootcamp graduates employed in the workforce, this model has quickly grown to rival the traditional path to tech employment. Employers embracing candidates without degrees have almost twice the amount of opportunity to fill vital roles compared to those holding fast to a hard requirement for a CS degree.

Benefits of Hiring a Career Changer

As previously mentioned, alternatively trained software developers who are shifting careers bring with them immense value that is not always apparent in recent college graduates. From existing skills and professional experience to deep domain knowledge in various industries, career changers add a great deal to the team and company they join.

Imagine an EdTech company being able to hire software developers that were previously educators or institutional administrators. Or a company creating medical software hiring engineers with experience as nurses or other hospital staff. In these scenarios, the developers bring with them an understanding of the problems their product is attempting to solve and can help shape positive solutions that may not otherwise come from traditionally trained technologists. The duality these candidates possess enable them to actively contribute to both design and implementation, while balancing practicality between the two. This leads to better products.

In addition to hard skills in domain and development, many career changers also bring valuable human skills to the table including leadership experience, professional maturity, and passion. These so-called soft skills contribute to a stronger company culture and increased opportunity, making expanding our search criteria to include career-changers without a tech degree more than worth it.

How to Set up New Developers for Success

With how difficult it is to find strong tech talent, it’s crucial that we engender an environment which cultivates success and growth for newly educated software developers, regardless of whether they came from a degree or alternative training program.

Here are three, non-exhaustive, components to include to ensure such an environment exists where junior developers can thrive.

First, have an experienced lead on the team. Without someone to provide necessary guidance in both technical and domain arenas, it is difficult for new talent to succeed, which hurts the employee and employer.

Second, help new developers experience early and frequent wins. By starting them off with simple, straightforward tasks, junior contributors will begin to peel away the impostor syndrome that so frequently accompanies them and will be empowered to make greater contributions.

Third, ensure they are given opportunities for continuous learning to grow their abilities and passion. Examples of this include something as simple as a subscription to a learning platform like Pluralsight, hosting internal trainings, or even something like sending them to a conference.

Providing these items, along with anything else to help cultivate success in new talent, is essential to foster positive culture and create real ROI to maximize employee investments.

For years the industry believed that hiring tech talent with degrees was the only option. However, if progress teaches us anything it’s that change is constant. When met with relentless expansion of technology and insatiable demand for talent, the highest probability of success belongs to those who challenge tradition thinking and entertain alternative solutions.

International Education within the Indian Context: The Advantage of a Holistic Approach
Sparking Engaging Conversations with Industry Leaders to Create Value for the Supply Chain Community
How Mentorship Can Help Women with Office Politics
The Dark Side of the 21st-Century Data Rush
A Woman Destined for Greatness
Is Privacy the Turning Point to Build Trusted Relationship in Digital Age?
CONTACT US