Is the Hydroponic System a Viable Alternative for the Indian Farming Community? 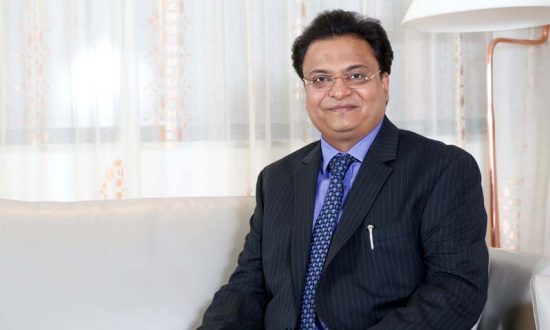 Rajesh Aggarwal is the Managing Director of Insecticides (India) Limited since 2006. Under this dynamic leadership, IIL has now become one of the top ten players in the agrochemicals manufacturing industry. Mr. Rajesh is also the Vice Chairman of the Crop Care Federation of India (CCFI), which is the association of the Indian crop care manufacturers. He also serves as a member of the Managing Committee of Pesticides Manufacturers &amp; Formulators Association of India (PMFAI). Ambitious and determined, Mr. Aggarwal joined the business with the sole aim of providing the latest technology products to Indian farmers.

Even though agriculture has been the source of nutrition since time immemorial, in the past few decades its reputation has been riddled with accusations of depleting natural resources. As the world gears up to house about 9.8 billion people by 2050, it stares at increasing food production by at least 70 percent. Globally, owing to unsustainable irrigation practices, 70 percent of available water on earth is used for agricultural production. About 38 percent of the earth’s land, except for the frozen parts, is used for growing food and by 2050, an estimated 593 million hectares of land, double the size of India, will be needed to meet the projected calorie needs of the global population. Therefore, it is feared that many ecosystems may vanish and manmade disasters such as deforestation and climate emergency may aggravate. In turn, the pursuit for food may end up threatening food security, especially in dry or water-stressed countries like India. Considerations like these are the driving force behind the emergence of sophisticated and water-smart technologies such as hydroponics.

Hydroponics is a subset of hydroculture and a type of controlled environment agriculture (CEA) in which seeds are planted in non-soil mediums for growth such as coconut husk, LED lighting meets the energy needs, and nutrient-infused water is absorbed by the plant roots and circulated to the rest of its parts. While the actual process is believed to be the basis of the historical Hanging Garden of Babylon, the modern-day concept was developed by a German botanist Julius Sachs in the 19th century. He examined differences between plants grown in soil and those grown in water to find that plants only needed the nutrients derived from microorganisms that live in the soil, and not the soil itself, to grow. Sachs published the “nutrient solution” formula for growing plants in water in 1860, which set the foundation for hydroponics, as we know it today. He identified that plants take nutrients like copper, calcium, manganese, zinc, sulfur, iron, chlorine, nitrogen, phosphorus, potassium, boron, molybdenum, and magnesium from water and carbon, oxygen, and hydrogen from air.[2] But it was in 1937 when an American scientist, Dr. W.E. Gericke described how this method could be used for agricultural purposes. Scientists found that the fluid dynamics of water changed the architecture of plant roots, allowing them to absorb nutrients more efficiently than soil-grown plants.

Though in most of the cases the end consumer remains unaware of the means, hydroponic farming has gained a sizable ground globally in the past 5 years. Using hydroponics reduces water usage by as much as 90 percent, uses 80 to 95 percent less land, and fruits and vegetables can be grown all year round. In turn, it supplies enough food in a sustainable fashion, frees up large tracts of land to revert to the natural landscape restoring ecosystem functions and services, and offers a new strategy for conserving drinking water.

The global hydroponics market is estimated to grow at a CAGR of 12.1 percent and reach USD 16 billion by 2025. India, with its large population base, is a lucrative market for hydroponically-grown produces. Currently, lettuce, basil, spinach, cherry tomatoes, snack cucumbers, bell peppers, sweet peppers, mint, and exotic vegetables such as bok choy and swiss chard are produced using this method. A National Bank for Agriculture and Rural Development (NABARD)-a backed study has found hydroponics-grown seedlings of paddy produce tillers vigorously, recover fast, mature uniformly, and have a higher yield, use 95 percent less water, and tolerate delayed monsoon conditions well.[3]

However, Indian farmers will need persuasive motivating factors to adopt this technology in the form of tax cuts and incentives to adopt this technology that has been at an experimental level so far. As an agricultural technology, hydroponics will need support to create an enabling environment to offset the initial high cost of setting up a hydroponic farm — with the right incentive and motivation, hydroponics may become a viable means for growing water-intensive crops like paddy. Until then, Indian agriculture will be reliant on micro-irrigation systems (MIS) such as drip or sprinkler irrigation that have worked well for water-stressed areas states such as Maharashtra and Rajasthan.

The Benefits of Artificial Intelligence for your Business
What’s Your Value in 2023?
Transforming the Executive Search Industry & Making an Impact
Bring the Zing – 5 Keys to Powerful Presentations, Briefings, and Meetings
How Technology will Help Your Real Estate Business to Grow
Importance of Location Intelligence in the Post-Pandemic World
CONTACT US