Home /LEADERS' INSIGHTS/Is the Meme culture creating communities? How can brands use those communities for marketing?

Is the Meme culture creating communities? How can brands use those communities for marketing? 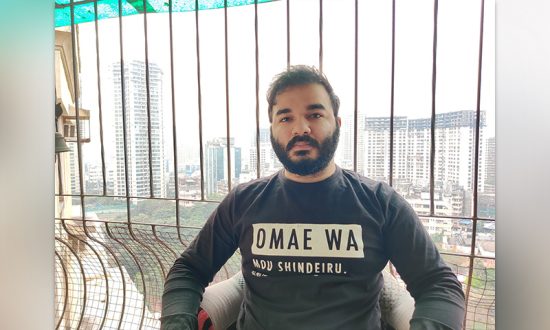 Taaran is a young entrepreneur who has completed his education in B.Tech,CSE( Computer science Engineering) from SRM University and in his free times he likes to being on the hunt for content everytime ,scrolling through internet just to find what could be next meme trend, avid fan of watching mystery movies and playing guitar. He had a vision for meme marketing since the day he was involved in development of various meme page right from his college days. Currently, he and his team is working towards getting traction from all over the globe to Meme Chat which can be the global meme platform.

The Oxford Dictionary defines community as ‘all the people who live in a particular area, country, etc. when talked about as a group’. While latter definitions have included religion, race, and jobs, these definitions still do not take into account the phenomenon that are memes! Indeed, for many gen X-ers and millennials, memes are the new language. It’s their lingua franca on social media, the single bonding image that can bring people from different walks of life together for a shared life or wry commentary.

They are not just a source of entertainment, but also bring a sense of belonging to millions of netizens around the world. Memes provide them an opportunity to express themselves and connect with others. So, if we use language as a marker, it would be apt to say that memes are the new community creators. It’s a community of people with similar interests and a common characteristic.

More importantly, it’s a powerful medium of communication with the power to reach out to millions within seconds. With their unique messaging, memes have evolved into a unique marketing platform, a New Age communication tool that can be both personal and highly impactful.

Meme communities are unique in many respects. The first is their inherent decentralised nature. There is no one meme or medium that acts as a focal point. Instead we have multiple memes across different platforms. In fact, memes have a life and death cycle with new memes replacing old ones continuously. They can get viral in a few minutes and then slowly recede, appearing sporadically from time to time.

They are generally characterised by a particular age group, usually Gen-X and millennials. It is a vibrant community where wit and humour are the biggest currency. It’s also a truly international community where the members could be from any geographical region. While some memes have a very specific cultural context, many popular memes have crossed across boundaries, finding their own local flavour.

Memes also showcase a significant turn in how we communicate with each other. Combining image, text, video, and audio, memes have no set format. On the surface, a meme can often look simplistic. Yet, it is smarter than what you see on the surface. It uses a highly abbreviated message in a contextual manner. In other words, you often have to know the context to understand its messaging

The bonding factor here is usually humour. Memes typically depict some current news or popular sentiment. The most popular ones offer a witty turn. The subject can be anything, from highly political to social or cultural. They can also be very customisable. There are numerous memes where the original idea has been adapted by netizens in their own unique way, often even adding to the context and reaching out to a particular community.

For instance, ‘Everything is cake’ may have started with a chef sharing her creation, but it soon took on a life of its own with memers using it for everything, from Excel sheets to existential queries!

While we don’t have any independent statistics on meme views, one 2018 estimate pegged ‘Drake Preference’ at 157 million views in that year. Even the 10th popular meme of the year, ‘Distracted Boyfriend’ came in at 48 million views. If we consider that social media users have gone up by almost 10% with 1.1 million worldwide users everyday, the total number of views of the top 10 memes in 2020 will likely be even higher.

For Indian viewers, we can make a safe estimate through social media users which stood at 518 million in 2020. With these users likely to reach almost 1.5 billion by 2040, we are looking at an impressive number of potential viewers. Not only does social media attract users, it also grabs their attention with a majority of users spending more than six hours a week on various social networking platforms.

With such a high viewership, it is not surprising that social media has become one of the most powerful marketing tools. The biggest challenge, however, is to grab the attention of the viewer who can be quite fickle. This is where memes come in. These are seen as the new ‘cool’ language, shared among millions, which means multiple views. The best part is that the viewer is also often participating directly in spreading the meme within his/her community, creating brand loyalty and a positive association in the process.

Memes also win out for their unique messaging. They are not aggressively selling the brand. Instead, the attempt here is to establish a connection with the viewer which is based on humour, which can even be self-deprecating. As s recent surveys revealed how the new age user often distrust traditional  ads, the focus has shifted to a more subtle form of brand promotion, which memes excel in.

It is perhaps one of the most inexpensive forms of advertising that can go viral with almost no direct spend. Brands like Zomato have aced this format, creating clever memes to target the food-loving community without directly selling their core business, which is food delivery. Similarly, a pet food brand can establish brand loyalty through memes on pets.

Memes are undoubtedly one of the most popular means of communication today with a vibrant and super-active community. In marketing terms, it represents one of the most successful community marketing channels, relying on the members of the community to reach out to more people. As more and more people rely on social networking sites for information, connection, and entertainment, memes will further gain popularity as a marketer’s favourite mode of communication.

The Benefits of Artificial Intelligence for your Business
What’s Your Value in 2023?
Transforming the Executive Search Industry & Making an Impact
Bring the Zing – 5 Keys to Powerful Presentations, Briefings, and Meetings
How to Leverage Voicebot to Improve User Experience
Artificial Intelligence Could Save Earth
CONTACT US