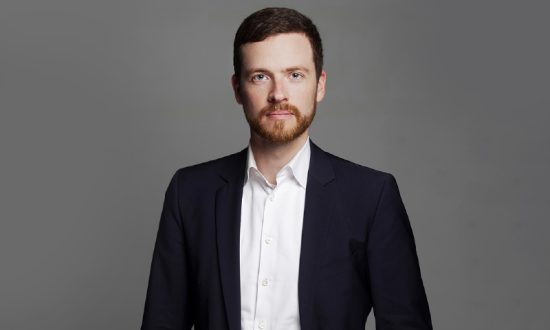 Over the last few years, new technologies have emerged in the healthcare sector, aiming to improve patient care, increase productivity, and reduce costs. Artificial Intelligence (AI) in particular is a key enabling technology for the transition of the healthcare sector into the digital age. The utilization of AI can lead to positive outcomes across the entire healthcare value chain – including the vital biotechnology and pharmaceuticals industry, source of new drugs, and new treatments for patients worldwide.

Martin-Immanuel Bittner MD DPhil FRSA set out to bridge the gap between the technology and healthcare/ life sciences domain through the inception of Arctoris, the company he co-founded and leads as Chief Executive Officer. Arctoris is a biotech company headquartered in Oxford and Boston, and was established to redesign drug discovery from the ground up. An industry where bringing a single new drug to market takes 10 years, costs over 2 billion dollars, and only succeeds in less than 5 percent of programs has to be redesigned. Technology can play a vital role in changing the way we approach drug discovery as a whole. That is why Martin and his team at Arctoris developed a novel research platform, Ulysses, that combines wet lab automation and machine learning to generate better drugs within shorter timeframes.

“While doing our PhDs at Oxford, my co-founder and I experienced first-hand that drug discovery is slow, expensive, and error-prone. The space has not kept pace with the innovation that has happened in all other industries, which over the course of the last twenty or thirty years have been completely transformed by the use of technology. Our goal therefore was clear: redesign drug discovery, to enable more and better drugs to reach patients faster, by leveraging technology. We built a robotic biomedical laboratory that performs experiments in full automation, generating superior quality data at scale, which are then fed into our machine learning models for small molecule drug discovery in oncology and neurodegeneration in particular. Our core thesis is that better data in turn enables better decision-making, and therefore better drugs,” Martin explains. 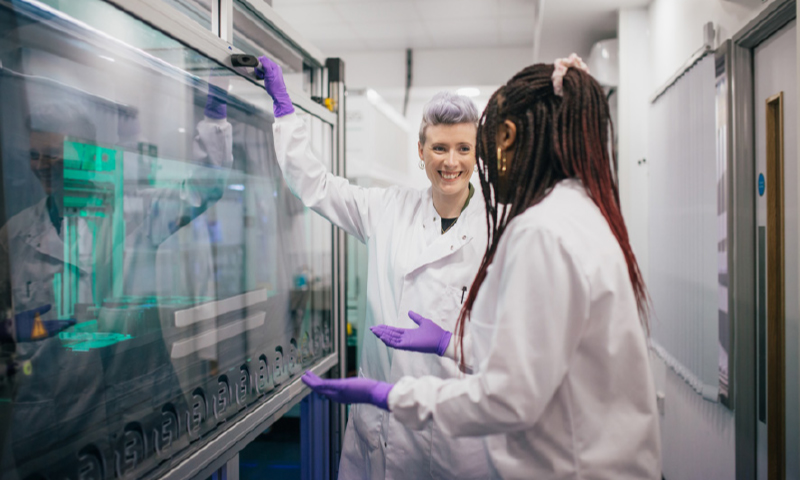 Martin speaks about the path that led him to co-found Arctoris. He completed medical school in Germany and began his residency in oncology before deciding to complete a DPhil (PhD) in cancer drug discovery at the University of Oxford. Martin’s primary motivation was to gain experience in wet lab research to complement his clinical research work and prepare for a role as clinician-scientist in translational medical research. However, things changed, as at Oxford Martin engaged not only with a world-class scientific environment, but also interacted with a diverse set of highly driven and motivated clinicians and researchers who demonstrated that there are other career paths in addition to the traditional clinical route which lead to sustained positive impact for patients. He tells us, “Throughout my DPhil, I learned a lot about what drives me: having a meaningful, positive impact on other people’s lives. Over the course of my doctorate, I found that entrepreneurship gives me the chance to do that at scale.”

During his time in the lab, Martin observed how his colleagues, highly skilled PhD students, and postdocs, spent the majority of their time manually performing highly repetitive experiments, while only generating small amounts of data and unable to dedicate sufficient time to read the literature, develop hypotheses, write publications, and so on. He believed that scientists should be empowered to instead focus on original scientific thought and augment their work by leveraging technology. “The vision for the company is to completely change how we approach drug discovery and biomedical research – enabling scientists to be in the driver seat, while using robotics to generate vast amounts of structured, annotated, and AI-ready data, and machine learning to learn from this data. As an industry, we have to move from decisions made based on poor quality, incomplete datasets to machine learning-derived insights, built on unbiased, high-quality data generated in real-time,” Martin adds. By now, Martin leads an international team across several continents, being responsible for the company’s overall strategy as well as its business development and investor relations.

Over the past five years, Arctoris has grown from an idea to a fully operational drug discovery company. Starting from a prototype robotic system for key experiments, Arctoris has now automated hundreds of experimental processes covering the full breadth of biomedical research in cell biology, molecular biology, and biochemistry/ biophysics. With its Ulysses platform, Arctoris generates the high-quality data that powers both its internal drug discovery pipeline in oncology and neurodegeneration as well as programs and projects they run in partnership with other biotech and pharma companies. Even throughout the COVID-19 pandemic, Arctoris continued to grow rapidly – while demonstrating that robotics not only leads to improved data quality and speed of experimental execution, but also to increased resilience. Despite global supply chain disruptions and lockdowns, Arctoris remained fully operational, continuing its internal research as well as supporting its partners in their research efforts. 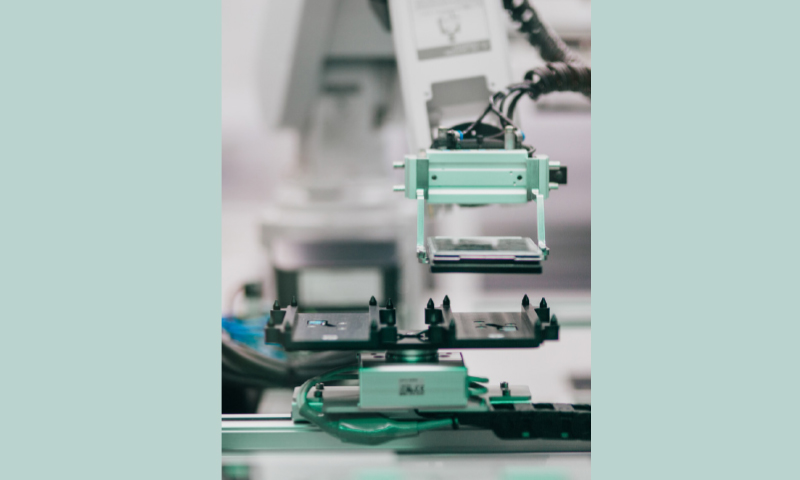 Under Martin’s leadership, by now, Arctoris has grown to a team of 40 exceptional drug discovery scientists, robotics and machine learning engineers, as well as business development and support staff. Together, these Arctorians continuously expand the Ulysses platform, comprising robotics and machine learning for accelerated small molecule drug discovery. In addition to the company’s own drug discovery programs, Martin has also forged partnerships with leading biotech and pharma companies as well as large tech corporations in North America, Europe, and Asia-Pacific, generating significant revenue streams. “The milestones we have achieved to-date relate to the core areas of any business – building a world-class team, developing a sustainable competitive advantage, winning partners and collaborators, and raising the funding needed to accomplish all of it. We are particularly proud of the unique machine learning angle we pursue in synergy with our automated wet lab operations, and the quality of the team we have recruited, and the partnerships and collaborations we have built to date,” says Martin.

One example is the company’s research collaboration with IBM, focused on closed-loop drug discovery research, where automation is applied not only for biological and biochemical testing but also for chemical synthesis and connected with machine learning models capable of analyzing the resulting profiling data, as well as models designing the most efficient synthesis routes.

Arctoris pursues its ambitious plans for future growth with the backing of world-class team members, advisors, and investors. “We will continue to scale our platform, leveraging our robotics to generate large amounts of ML-ready data at an accelerated pace and using our machine learning models to generate new insights,” explains Martin. Three major focus areas for Arctoris for the next 24 months include expansion of the company’s technological platform, significant growth in its US presence, and the progression of its drug discovery programs toward the clinic. He adds, “However, our most important asset is and remains our team – mission-driven and united by firm values. As Arctorians, we have an unparalleled commitment and ambition to pursue excellence, challenging the status quo and always aiming to do better together, while operating with integrity and trust amongst a strong team”. Arctoris clearly is a pioneer in the data-driven drug discovery space, uniquely combining wet lab automation and machine learning to progress drug discovery programs at a greater scale and speed.