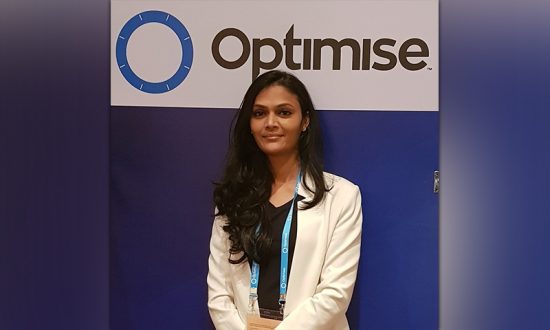 In a world of hyper-exposure to advertisements, that the pandemic has had a ‘sobering effect’ on the advertising sector as a whole is beyond doubt. Yet, for an industry characterized by a cross-platform media landscape with a plethora of platforms and channels available to brands and publishers coupled with multitudes of end-consumers being online nearly 24/7 – this is merely a short-term phenomenon. With digital advertising continually extending the frontiers of this sector making impressive inroads into the larger advertising spend, the advertising industry is not only already undergoing positive change but is even poised for further change.

Given the sheer pace and scale of smartphone penetration in recent times helped by the rising all-round internet connectivity in most places, companies and brands are increasingly looking to mobile advertising for the projection of their brand promise and value proposition. As such, mobile advertising has emerged as one of the foremost drivers of the new changes that are sweeping the industry and is even redrawing the landscape of the broader advertising industry.

With Covid catalyzing across-the-spectrum digitization like never before – engulfing businesses as well as end-consumers – even the traditional advertising platforms are not immune to this trend. In fact, the traditional advertising platforms such as tv, radio, print and outdoor have been made to recast their content strategies working out and evolving their own digital extensions. As a result, along with purely digital-only channels, these extensions have imparted an added impetus to the digital advertising industry. Therefore, even as the broader advertising industry had suffered last year, expectedly enough, according to Dentsu Digital Report 2021, digital advertising in India saw a 15.3% surge in growth. This was even better than the performance globally which had recorded a nearly 12% growth in the year.

That mobile advertising already dominates the advertising landscape is evident from the fact that of the total digital advertising budget in India, mobile advertising accounts for nearly 45-55%, which is further expected to grow to around 65-70% by next year. Against the backdrop of ever rising consumers increasingly searching and purchasing products and services of all kinds and of most sectors on their mobile phones, apart from the ‘organically digital’ sectors such as online grocery and retail, pharma, food delivery, ed-tech, media and entertainment, traditional sectors so far dependent on traditional media platforms are also taking to mobile advertising. It has been estimated that the largest spenders on mobile marketing are FMCG, retail, e-commerce, BFSI and auto, among others, in the country. Remember many of these sectors were earlier mostly dependent on traditional platforms for advertising and marketing.

Mobile advertising offers an astounding array of choices for advertisers

As smartphones get more sophisticated accommodating not only more applications and features but also more complex applications and features, the avenues for advertisers for targeting customers on this gadget have increased manifold. From search to mobile browsers, to social media, to in-app formats such as in-video to in-gaming, to OTT platforms, to e-commerce platforms, to native and programmatic advertising, there are plenty of ways to target end-customers on a mobile phone and reap benefits from the standpoint of a brand and advertiser. For instance, whereas search can lead to click-to-call and in-store purchases, advertising on social media on mobile besides allowing a variety of ad formats, enables easy tracking, access to a larger audience, while facilitating a personalized connect. In fact on mobile social media, there is also the potential for the advertisement going viral thereby generating more eyeballs and business for the advertisers. The in-built analytics of several social media platforms also helps an advertiser to assess the impact of an advertisement. Also, with time, the gap between display and search is on the rise with more ad spend being done on display than mobile search.

Mobile phones are by their nature are very personal and even private objects for consumers. So, advertising into this personal space requires extremely personalized and tailored content for companies. And derived from user profiling based on solid information such as device types, demographics, location, income groups and past digital usage patterns, among many others, it goes without saying that mobile advertising has involved a sharper, more personalized, more accurate and pinpointed targeting for advertisers. Against this, the typical desktop advertising can never match the intensity and the accuracy of the personalized advertising on mobiles. In addition, not only phone-based ads have a higher Click Through rate (CTR), phone-based cost per clicks (CPCs) is also much less than desktop clicks.

Powered by big data and AI, the advent of programmatic advertising on mobiles has made life so much simpler for both brands and publishers in the whole media buying process. Instead of the traditional RFPs, Insert Orders (IOs) and negotiations, the demand side platforms (DSPs) and supply side platforms (SSPs connected through ad exchanges now enable purchasing of impressions in a real-time bidding setting targeting a highly specified audience. Removing the need for the publisher to set up any campaigns or the advertiser to distribute any ad tags, there is reduced wastage. Programmatic advertising is particularly relevant for advertising on mobile apps.

Speaking of mobile apps, by most assessment, there has been an ongoing shift from mobile web to mobile applications. As more and more Indians increasingly consume new mobile app-based services such as education, health & fitness, gaming, entertainment, hyper local delivery, video content, the prospects for mobile in-app advertising have never been better. Combined with native advertising that enables blending of ad content seamlessly into the larger backdrop of the interface or the application content without being intrusive to the user, in-app advertising is filled with immense promise for advertisers. According to latest estimates in a global context, advertisers spend a whopping 81% on mobile in-app native ads as compared to mobile web native ads.

According to estimates, not only mobile ad spending is projected to rise substantially in India, but also that the country is expected to figure among the leaders in terms of digital ad-spend growth in the coming few years. Moreover, the expanding 4G network and the incoming 5G along with more consumers flocking to mobile internet will ensure that mobile advertising continues to become a more prominent component in a brand’s strategic armoury impinging on the larger advertising sector.

The Veteran Renaissance
How can Start-ups Remain Resilient During Periods of Uncertainty?
Data Science for Analyzing and Improving Educational Processes
The Evolution of Digital Humans: Combining Human Intuition and Robotic Precision!
3 Reasons Why a Strong Supply Chain is Necessary for Having a Happy Customer
Analyzing the Role of EVs in India in coping with the Challenges of Air Pollution and Greenhouse Gas Emission
CONTACT US