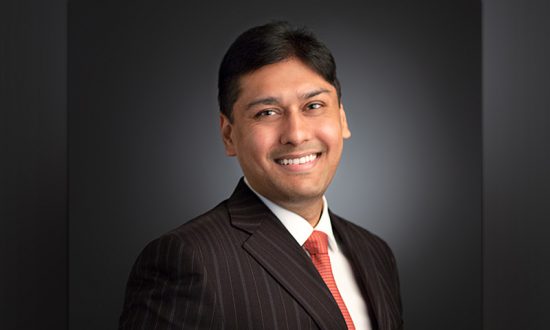 Vaibhav Maloo took over as the Managing Director of Enso Group in 2009 and has been overseeing the group’s business development and strategy. Being a second-generation entrepreneur, Mr. Maloo endeavors to lead the Enso Group with a progressive and new world thought process that also aligns with tradition and family values deeply rooted into the company. Mr. Maloo also heads the Enso Foundation – the CSR arm of Enso Group which is relentlessly working towards the upliftment of the underprivileged by providing them easy and affordable access to healthcare and education.

India is the third largest energy consumer in the world, after China and USA. If the European Union (EU) is counted as one country, India ranks fourth on the energy consumption index. Currently, the per capita power consumption of an Indian citizen is 980 kWh per day, which is insufficient to begin with, and is something people have to live with.

On the other hand, the global average electricity consumption is over 3,250 kWh per day, and the world has made giant leaps towards securing their energy needs through renewable means of obtaining power and electricity such as solar, tidal, wind, hydrogen and nuclear. India, too, has made progress in this sphere and is ranked highly among countries working in line with the Paris Agreement.

India must continue its efforts in decreasing – or at least not adding to – rising sea levels and global temperature: two climate catastrophe’s that the Paris Agreement aims to combat. However, keeping in mind India’s growth trajectory, its energy requirements instead of rising by 50% as projected by 2025, are set to rise by 7-17% lesser owing to the unusual circumstances arising out of the Covid-19 pandemic, but the year-on-year growth is still positive.

India is still largely dependent on hydrocarbons to fulfil its energy needs. While the prices of oil, gas and coal are rising towards the 2008 peak, the high volatility of these commodities’ prices fluctuate due to unforeseen circumstances, and the question mark on it’s long term future, as well as obviously the demand and supply. There is no denying that these hydrocarbons will be done away with if all our cars are electric and if India’s electricity supply is only from renewable energy and power stored in batteries. However, throughout this transition, hydrocarbons would still be around until India is in the safe hands of evolving science in this field, and almost all energy source is environment friendly.

While many countries are evolving and adapting to nuclear energy, India’s needs are largely met by coal, oil, gas, hydro-power and solar followed by nuclear in this same order. Au contraire, nuclear, as an all season producer of power and electricity, is one of the most efficient technology so far and is now commercially used in other countries that are producing a chunk of their power through it. This energy can be saved in batteries to power vehicles and help create a world where there is no need for hydrocarbons based fuels of near the quantity required today. However, until we achieve that, we will keep depending on oil and gas heavily and for a long time.

Steel and cement industries depend on hydrocarbons as well. India currently imports much of its coal, oil and gas from sources that provide for around 90% of its energy needs and renewables accounting for just over 4.5%.

India’s oil demand is also expected to rise by 74% to 8.7 million barrels per day by 2040. The natural gas requirement is projected to more than triple to 201 billion cubic meters and coal demand is shall rise to 772 million tonnes in 2040 from the current 590 million tonnes. Gas is, environmentally, the cleanest form of energy while coal is the worst. From among the hydrocarbons, the rise in gas-based technologies to create power seems to be the best way forward for the world at large.

India, as an importer of oil, gas and coal, needs to do two things to secure its energy needs: conduct a thorough seismic study of its hydrocarbon potential in detail, especially offshore, and secure as many gas blocks across the world as its companies can afford. Usually, these contracts last for decades, and the country should be self-sufficient as soon as possible, as that will help in dealing with the price volatility of these commodities and also control the prices of petrol and diesel within the country, shielding it from exponential inflation hikes.

Overall, the rise in carbon-free sources of energy, combined with a rise in India’s per capita power needs, will still give the country a transition period where hydrocarbons and their utility will wane off, but their prices will remain balanced, and they will always be considered precious, being available in limited quantity.

Technologies for Cardiovascular Disease: A 2023 Appraisal
Seeing Strategically
10 Recommendations On How To Negotiate Outsourcing IT Contracts
Shopping in the Age of ChatGPT: How the New AI Rage is Revolutionizing Retail Experiences and Consumer Goods Manufacturing
The Future of Startups: Just a Rat Race or a New-Age Revolution?
A New Rise in India’s Freelance Community by 2022
CONTACT US